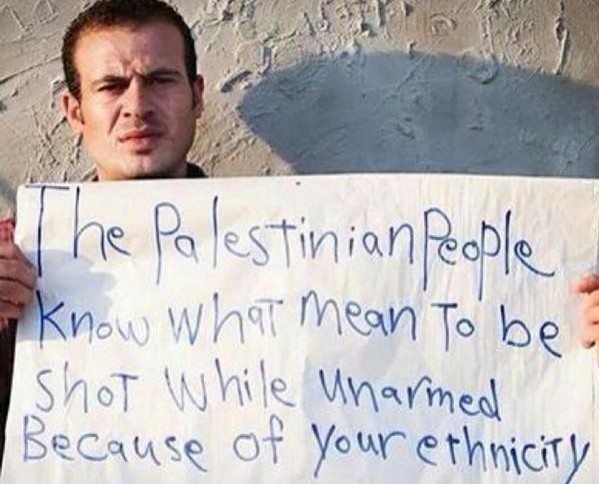 Palestinian human rights defenders are being threatened and attacked! This past month there has been an uptick in threats of death and violence against those in Israel and Palestine who dare to speak out and act in support of Palestinian human rights. This kind of incitement, left unchecked, can lead to actual physical harm.

Take action: Tell the US State Department to make a public statement upholding the rights of Palestinian human rights defenders!

Israeli government and right-wing settler incitement has been building for a while and unfortunately we know that these are not empty threats. In May 2015, ultra-nationalist extreme right-wing politician Ayelet Shaked, who in 2014 called for a war on the entire Palestinian population “including its elderly and women,” was appointed as Israel’s Justice Minister. In July 2015, settlers firebombed the two homes in the West Bank village of Duma killing 18-month old Ali Dawabsheh and both of his parents, leaving his 5-year old Amad Dawabsheh who survived the attack, an orphan. A few weeks ago, in March 2016, the house of a key witness in the Duma case was set ablaze in an arson attack.

The safety of witnesses, whistleblowers, nonviolent activists must be protected. Please sign our petition, and we will deliver your signature!

Israel is the top recipient of US military assistance - receiving 3.1 billion dollars annually. This aid package, set to expire in 2017, is currently being renegotiated and the Obama administration is offering $40 billion dollars over the next ten years.  Now more than ever it is necessary and urgent for the State Department to take a clear stand to protect the safety of Palestinian human rights defenders in accordance with the United Nations Declaration of Human Rights Defenders.

Together we can help bring about a just world of peace and equal rights for all.