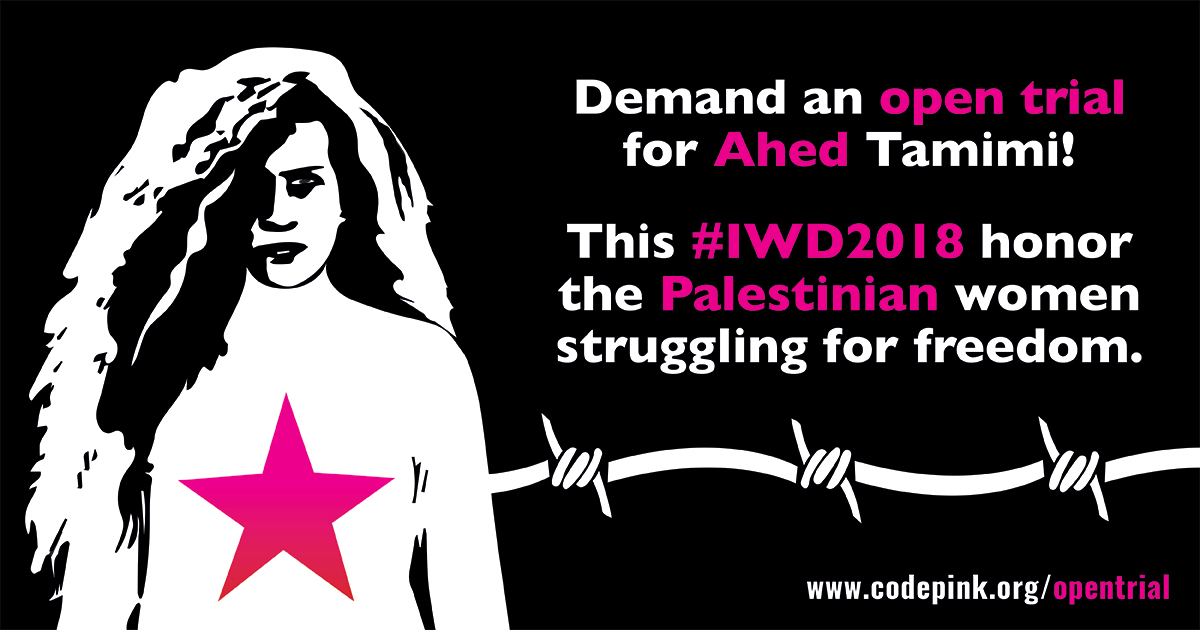 After a video of Ahed confronting Israeli soldiers outside her house went viral, she was arrested in the middle of the night. Overnight, she became a hero for young women throughout the world. Israel wants her case to be forgotten so they have closed her trial to the public. No media, no diplomats, no human rights observers. Help us call on the US State Department to demand that Ahed’s trial be opened, and that they send a US official to monitor the trial.

It is horrible that Israel has closed the courtroom for the military trial of 17-year-old Ahed Tamimi. They are trying to hide from the international community while they try a child in a military court with an over 99% conviction rate.

We ask you to demand that Israel open the courtroom and that you send a representative of the US government to be present throughout Ahed Tamimi’s trial.