Contact your representatives asking them to support the NSRAA! 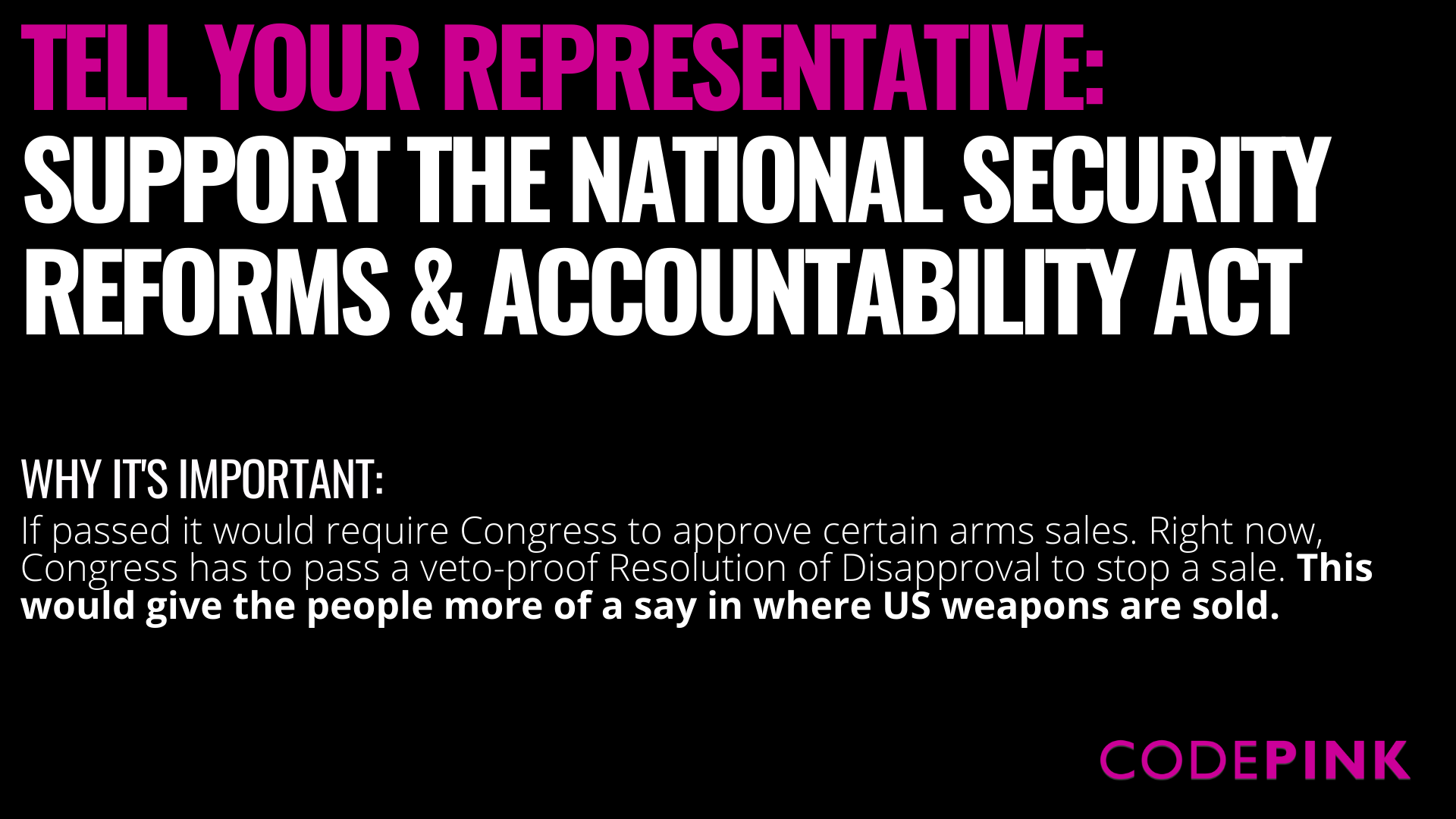 Ask your representative to support the National Security Reforms and Accountability Act!

The NSRAA, introduced by Representatives McGovern and Meijer would give Congress a bigger role in approving arms sales, which would make it easier for activists like us to mobilize and stop them!

This legislation is an important step toward reasserting Congress’s constitutional power over the use of military force in our foreign policy.