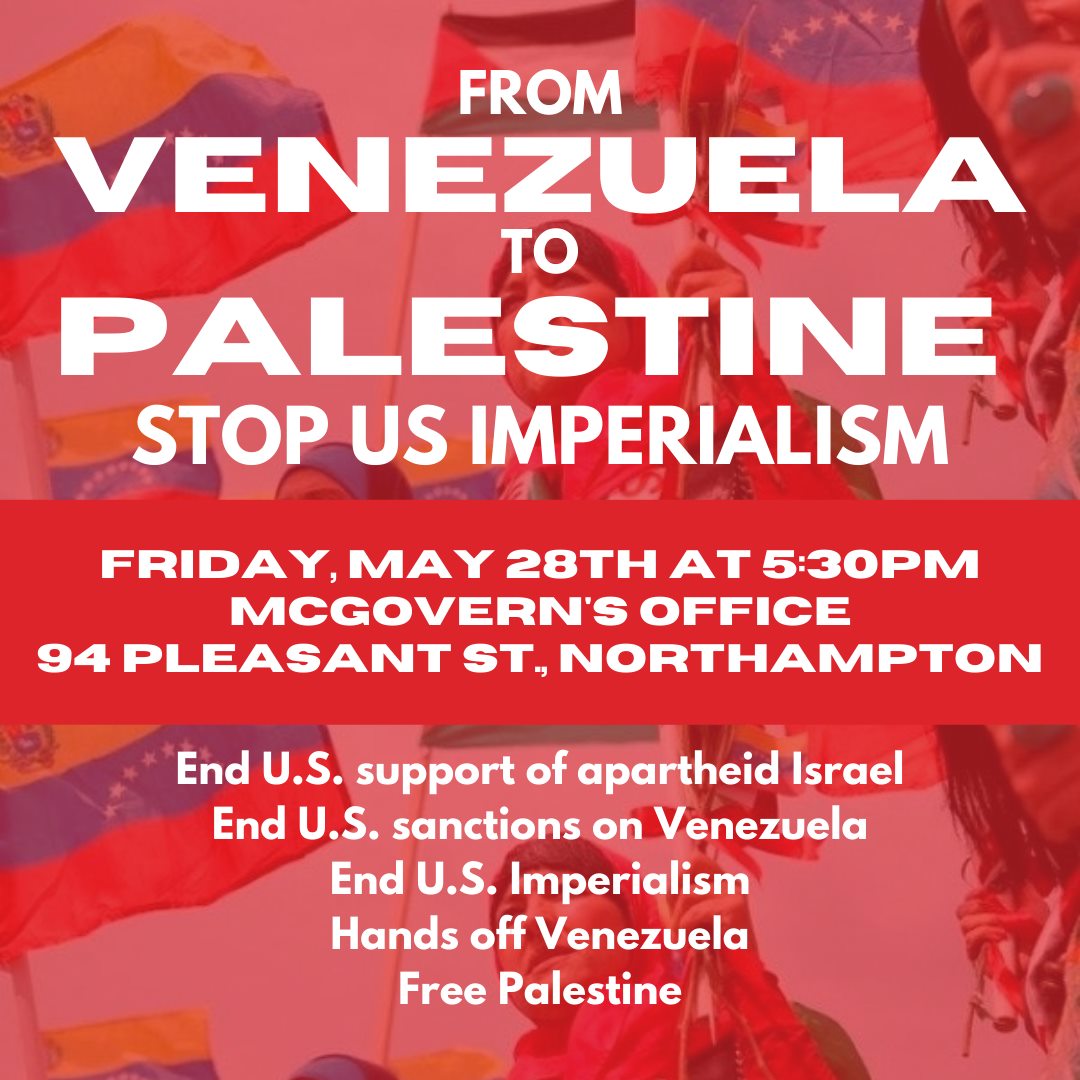 On March 24th, dozens of activists rallied at Congressman McGovern's office, asking him to take public action to end U.S. sanctions against Venezuela, which kill tens of thousands of people every year in violation of international law. The Congressman, who attended, told us that he would reach out to someone in the Biden administration the next day. Two months and many emails later, we are gathering again to call on the Congressman to take immediate and further action.

In the time since, Israel has escalated its vicious attack against Palestine, made possible by the support of US tax dollars. Echoing the calls of previous rallies in Northampton, which delivered hundreds of signatures to McGovern on Friday, we are calling on McGovern to take a stand.

Accessibility information - Regardless of your vaccination status, *please wear masks* and abide by social distancing protocols. Please refrain from wearing fragrances or perfumes. Event will take place on the sidewalk outside of Rep. McGovern's office. There is a crosswalk and a curb ramp at the site. There are no stairs. Seating is very limited; there is a metal bench across the street. Speakers will be using a sound system which can clearly project voices within a half-block radius or so. There will be no ASL interpretation. Most of the event will take place in English, with a small amount of Spanish, and Arabic. The event will include some loud noises from the speaker system, as well as possible cheering and clapping.