No Open House on Stolen Land! 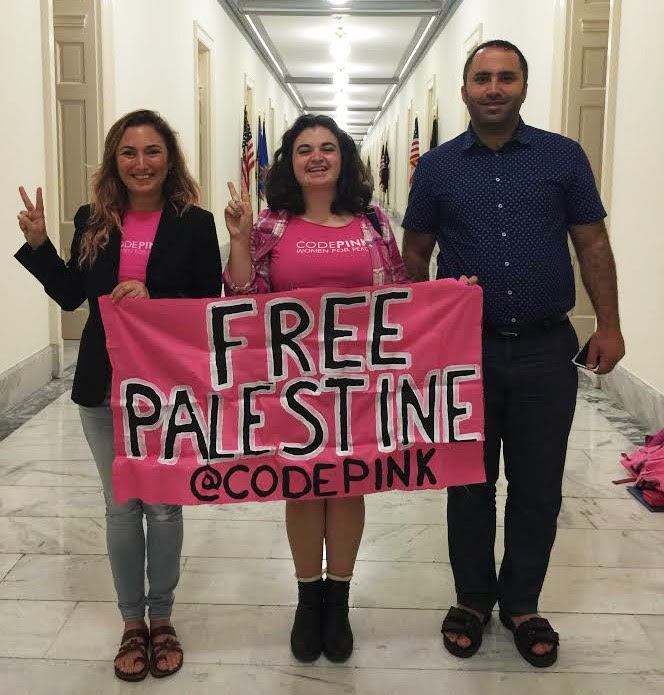 RE/MAX's 8th annual European convention is being held today and tomorrow in Rome, Italy. While brokers and agents are there attending the convention – themed Symphony of the Best – human rights activists are outside telling RE/MAX that there is nothing admirable or harmonious about selling properties in Jewish-only settlements on illegally seized Palestinian land.

Join us to tweet at RE/MAX with the hashtag, #reucon16 for their European convention. Use the sample tweets below or make up your own.

In good new, Palestinian peace activist Issa Amro of Hebron, Palestine arrived safely in the US last Friday to attend the US Campaign for Palestinian Rights conference (formerly named the US Campaign to End the Israeli Occupation). Ariel, our Palestine campaigner, joined him there and then she and Martha, DC office intern, spent two days taking him around Capitol Hill for meetings with Congressional staffers. They asked representatives to take actions to protect Issa and oppose Israel's settlement enterprise.

Issa, who has lived all his life surrounded by illegal settlements, is currently facing 18 bogus charges in Israeli military court. The charges are an act of reprisal to punish Issa for his nonviolent activism and work to build a local peace economy in Hebron. We have collected over 2,000 signatures so far asking Secretary Kerry to demand that Israel drop the charges against him. Issa is very thankful for all CODEPINK is doing to help him and hopes that RE/MAX will soon stop selling illegal settlement properties.

Each day the movement for peace and justice grows stronger!