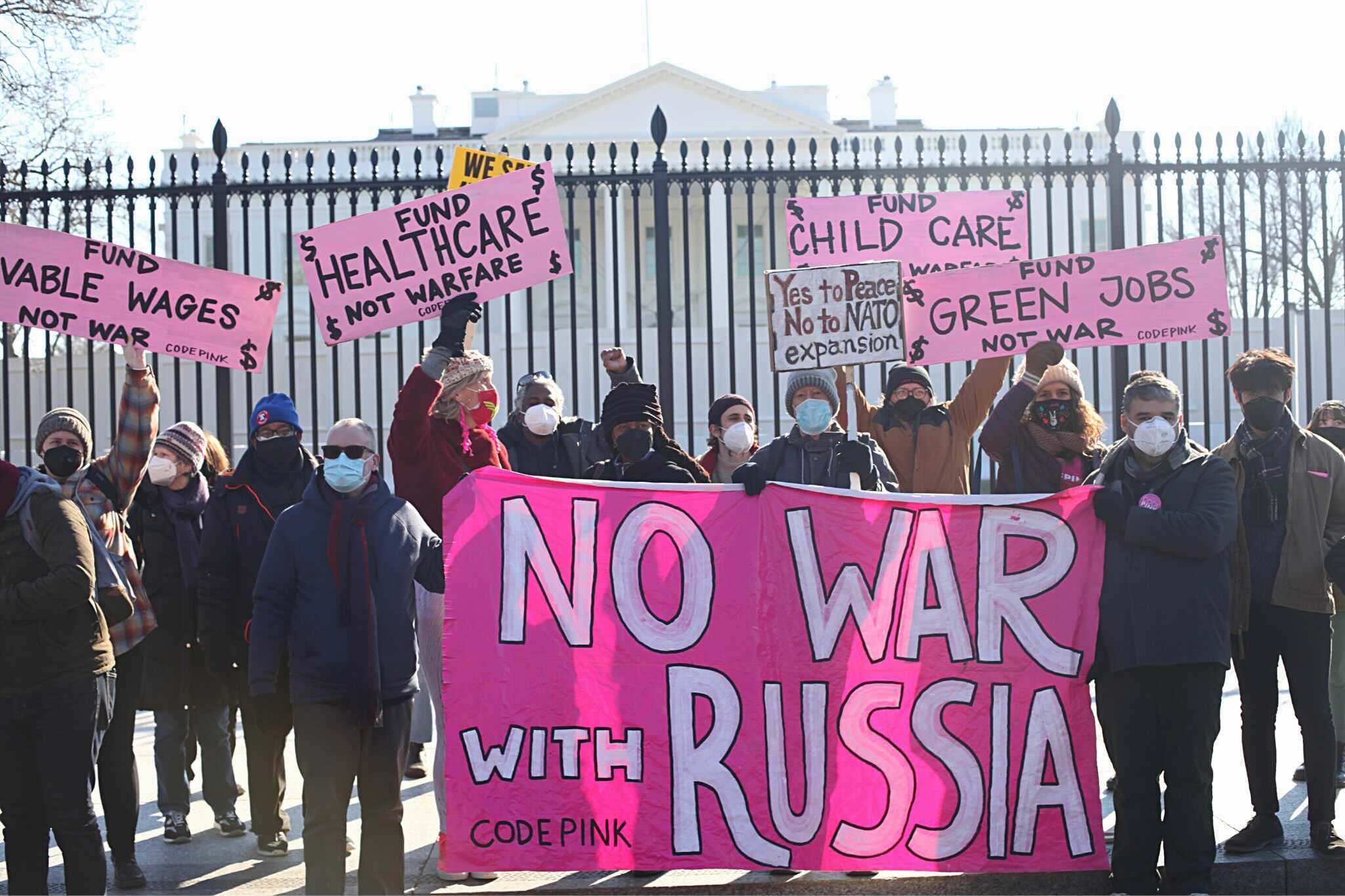 CODEPINK's Statement on the Swearing-in of the 118th Congress

As the 118th Congress is sworn in and the Republican Party regains control of the House of Representatives, CODEPINK calls for increased grassroots organization and mass mobilization against the warmongering we see in every Congress. No matter if it’s Democrats or Republicans in charge, the ruling class continues to show that it has radically different interests than the masses. As millions struggle to afford food, housing, healthcare, and other essential goods, neither party has come close to addressing these issues.

Our political representatives consistently put business interests before the safety, security, and well-being of Americans and people around the world. US policy in Iraq, Afghanistan, Syria, Yemen, Ukraine, Taiwan, and so many other places has enabled corporations to profit off of mass death and destruction. It is clear that if we want a peaceful, just, and sustainable world, we cannot look to Capitol Hill — we will have to organize for it ourselves.

Within the Democratic party, there is no alternative to war with Russia. With limited oversight or democratic debate, the Biden administration has worked in lockstep with a Democratic Congress to ship billions of dollars in weapons and munitions to Eastern Europe to fight a war with Russia, with no plan for ending it in sight. Dissent within the party was soon suppressed after over 30 Democrats urged the administration to prioritize diplomacy. As long as the US elects to fight the war rather than end it, the conflict will continue to destroy lives and ecosystems for generations to come. Though some Republicans have been critical of Biden’s approach, the overwhelming majority of the party has also supported the war.

In the recently passed National Defense Authorization Act, both parties voted to fund programs for the war in Ukraine that would not be completed for two or three years. CODEPINK urges this Congress to plan for peace rather than endless war.

In the Republican Party, we see a similar unity calling for a war with the People’s Republic of China, a key US trading partner and the world’s most populous nation. Representative Kevin McCarthy, the next anticipated Speaker of the House, has already announced plans for a specific committee to address “what China is doing to America.” If only either party were willing to address what the US is doing to China via sanctions, military encirclement, trade wars, and rampant misinformation.

Unfortunately, Democrats have largely supported this agenda as well. Recently, they’ve greenlit increased arms to Taiwan as well as the ongoing militarization of the Asia Pacific, making preparations for a war that is entirely avoidable.

The arms industry has more lobbyists on Capitol Hill than there are members of Congress, and spends tens of millions every year pushing their agenda in Congress. When weapons companies have more influence over US military and foreign policy, people in the US and around the world suffer dire consequences. In the face of two parties unwilling to meaningfully confront the military industrial complex, it is up to the people to organize and resist US warfare for a peaceful, sustainable, and just world.