New vote: We can do this! 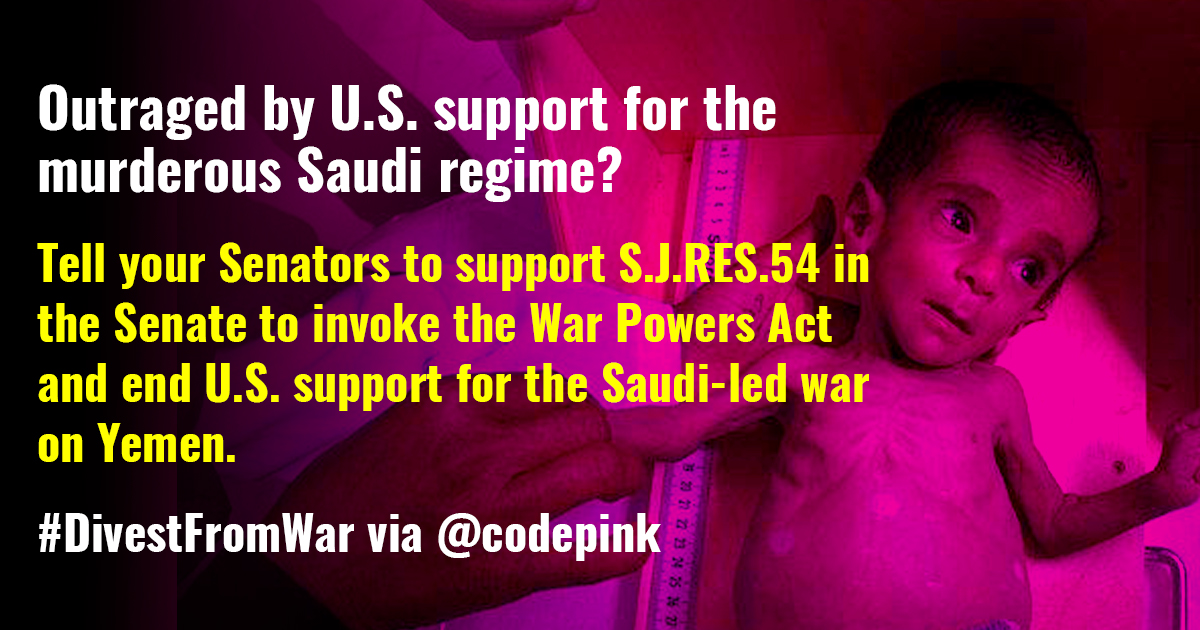 Last week was historic. All your emails and calls to Congress worked. The Senate voted overwhelmingly to advance S.J.Res.54 — Bernie Sander’s legislation to end U.S. support for the Saudi-led war in Yemen. We won by an incredible 26 vote margin, making the vote a total rebuke of Trump’s cozy relationship with Saudi ruler MBS.

This week - possibly even today — S.J.Res.54 is going to the floor of the Senate again. This is so important. Email and call your Senators now. Tell them to vote YES on the Sanders-Murphy-Lee resolution to end U.S. support for the war on Yemen.

A companion bill to S.J.Res.54 has already been introduced in the House. That means it’s possible for us get this past both chambers of Congress before the end of the year. President Trump has promised to veto it, but at the rate we are going — especially with the tremendous win we saw last week - we should be able to override his veto. An end to U.S. support for the war in Yemen is within sight. We need you to contact your Senators now!