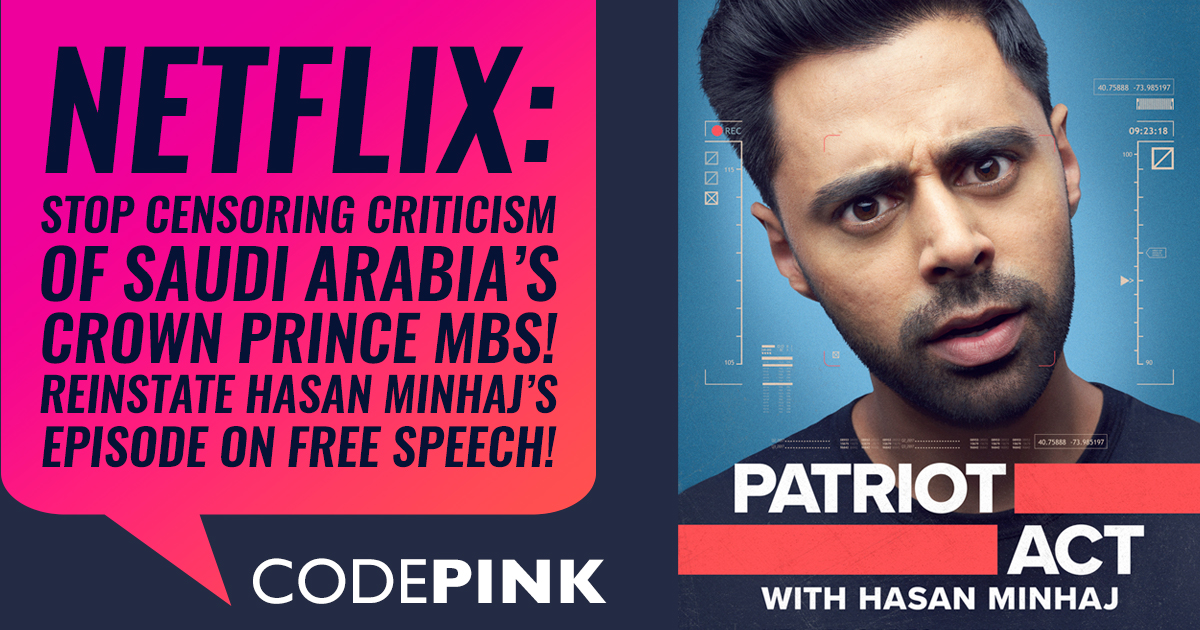 Netflix has taken down an episode of Hasan Minhaj’s satirical comedy standup, Patriot Act, from its streaming services in Saudi Arabia. In the episode Minhaj criticizes Saudi Crown Prince Mohammed bin Salman over the killing of Saudi journalist Jamal Khashoggi, examines the devastating Saudi-war on Yemen and raises questions on the U.S relationship with the kingdom.

I am outraged by your compliance with the Saudi regime to censor Hasan Minhaj’s comedy show in Saudi Arabia in which he sheds light on atrocities brought out by the repressive regime. We are appalled that Netflix, a company who supports artistic freedom, would censor material on behalf of Mohammed bin Salman and give into the demands of a kingdom that is reputed for its lack of freedom of speech. We urge Netflix to not let an oppressive government dictate their policies and be complicit in impeding on the rights of Saudi citizens. 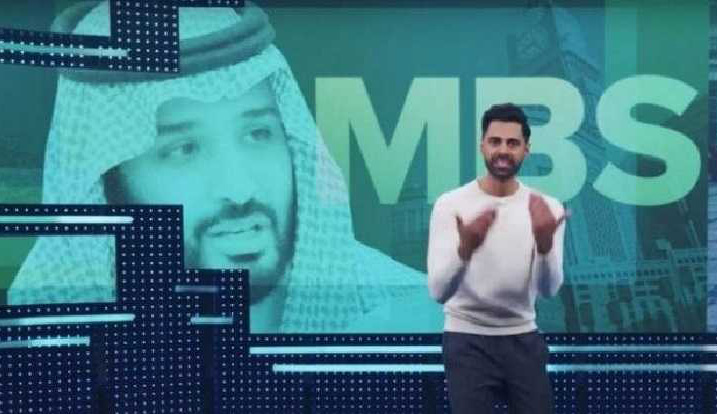