Stop Asian Hate: The Rise of Racism and the New Cold War 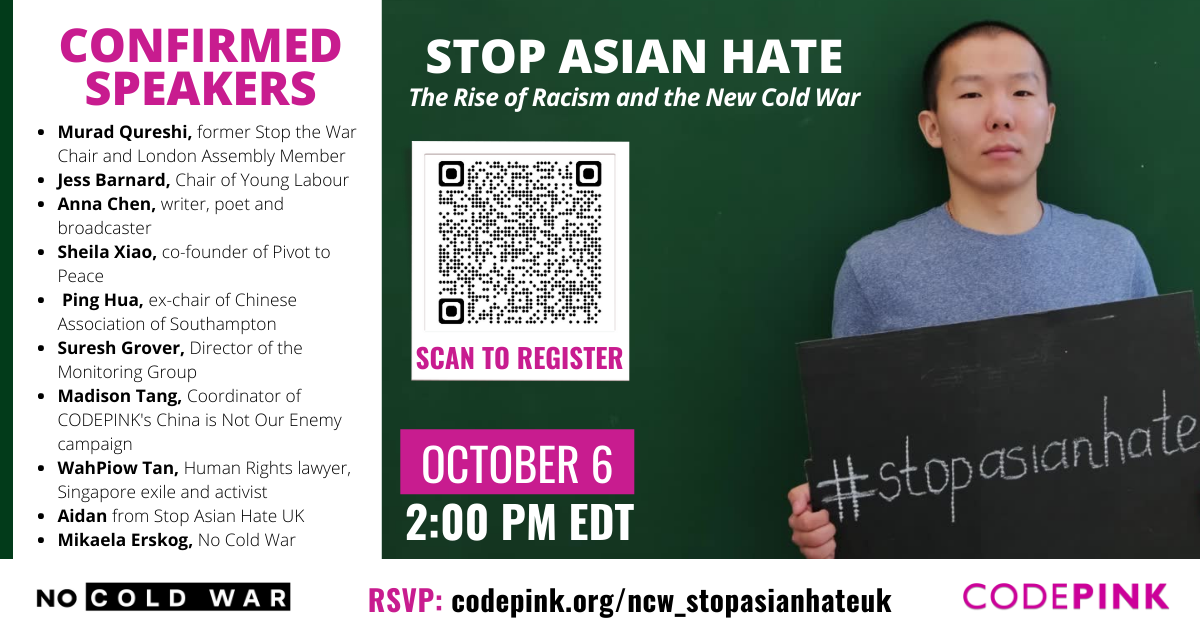 Join CODEPINK, No Cold War Britain, Pivot to Peace, and Stop Asian Hate UK along with a range of speakers from the Chinese, East Asian and South East Asian diaspora, prominent labour movement figures and representatives from youth, anti-racist and anti-war organizations in Britain and the U.S. to discuss why we must build the #StopAsianHate movement in Britain, the U.S., and internationally.

This event comes in the wake of an alarming rise of racist anti-Asian violence against people of East and South East Asian heritage in the U.S. and Britain and at a time when the U.S. and close allies including Britain are increasing aggression against China in various forms of hybrid warfare.

Register for free on Eventbrite

* Madison Tang, Coordinator of CODEPINK's China is Not Our Enemy campaign