More Troops to Afghanistan: No Solution

More Troops to Afghanistan: No Solution

On January 11, 2013, Donald Trump sent a message over Twitter that said, “Let’s get out of Afghanistan. Our troops are being killed by the Afghanis we train and we waste billions there. Nonsense!” We agree. Yet, President Trump is likely to announce that his “new strategy” for Afghanistan entails sending thousands more US troops into harm’s way, in addition to the 8,400 US soldiers already there.

Sending more US soldiers into harm’s way in Afghanistan is no solution. US troops in Afghanistan are part of the problem. As long as US forces occupy Afghanistan, the Afghan government will always be dependent on outsiders to prop it up; opposition forces will always be fighting to rid the nation of foreign intervention; and the Afghan people will continue to suffer from the tragedy of decades of endless militarism.

You are making the same mistake as both Republican and Democratic presidents before you, prolonging a war that has no likely positive outcome. We agree with the tweet you sent on January 11, 2013, “Let’s get out of Afghanistan. Our troops are being killed by the Afghanis we train and we waste billions there. Nonsense!” It’s time to bring our soldiers home and let the Afghans determine their future. 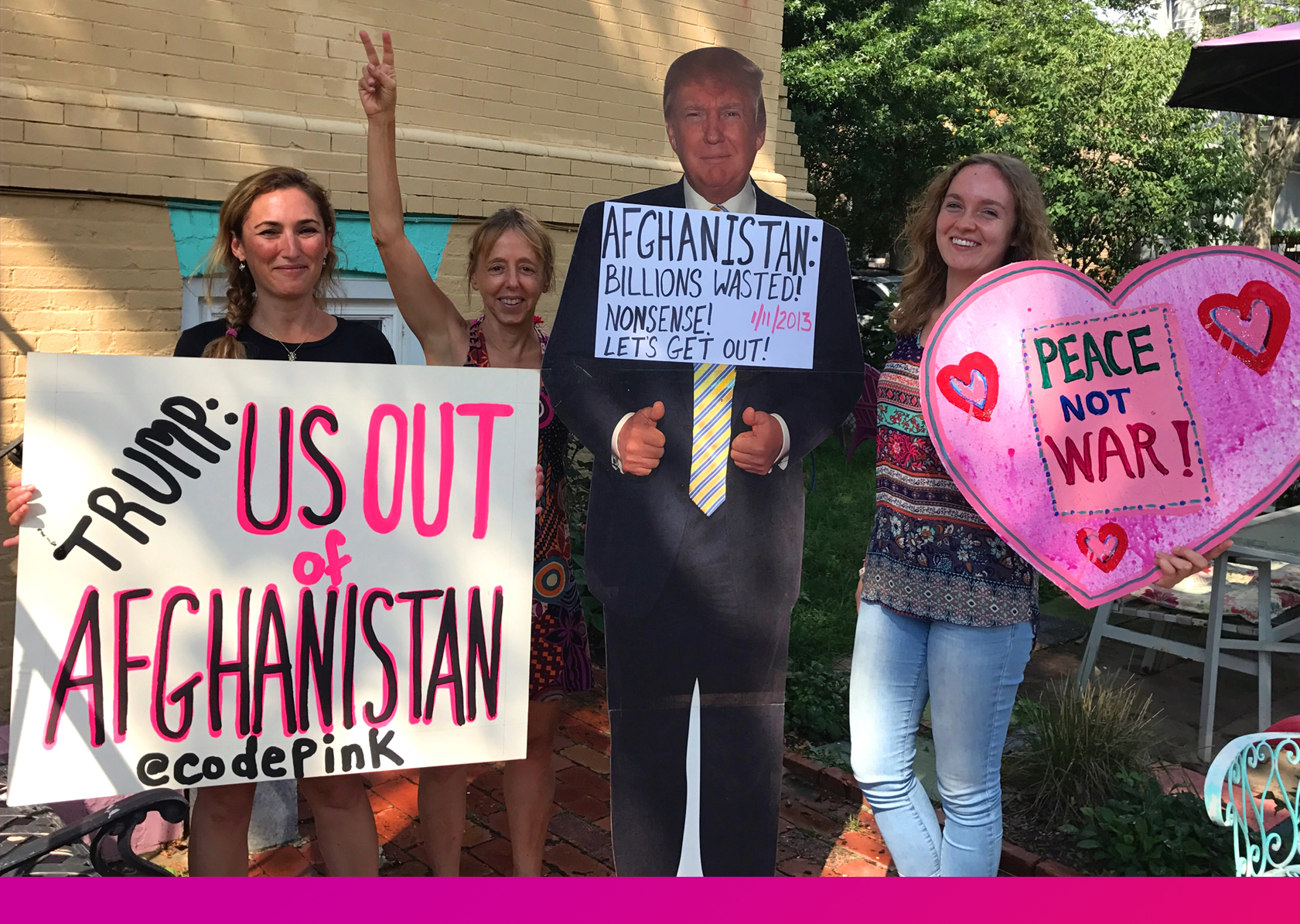