Monday in NYC - No war with North Korea rally! 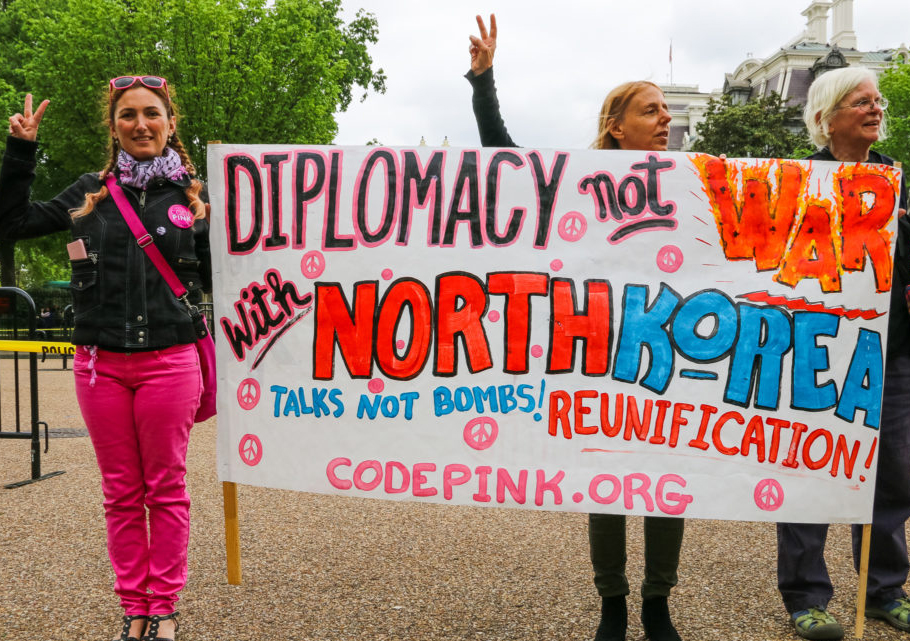 As Trump threatens fire and fury and nuclear war, we are organizing for peace and diplomacy. This Monday we will Rise, Love, Resist with Peace Action to say no more, no war with North Korea.

Donald Trump and Secretary Mattis’ remarks on North Korea are incendiary, edging towards a military attack on North Korea, where the citizens will suffer the worst. We cannot allow nuclear weapons to be used ever again, and that’s the message we’re bringing to Trump, while he’ll be in New York City next week.

Towards a nuclear free world,
Ariel, Ria and the entire CODEPINK team