Tell Tell U.S. Secretary of the Treasury Steven Mnuchin not to support the cold-blooded murder of journalists

Tell Tell U.S. Secretary of the Treasury Steven Mnuchin not to support the cold-blooded murder of journalists 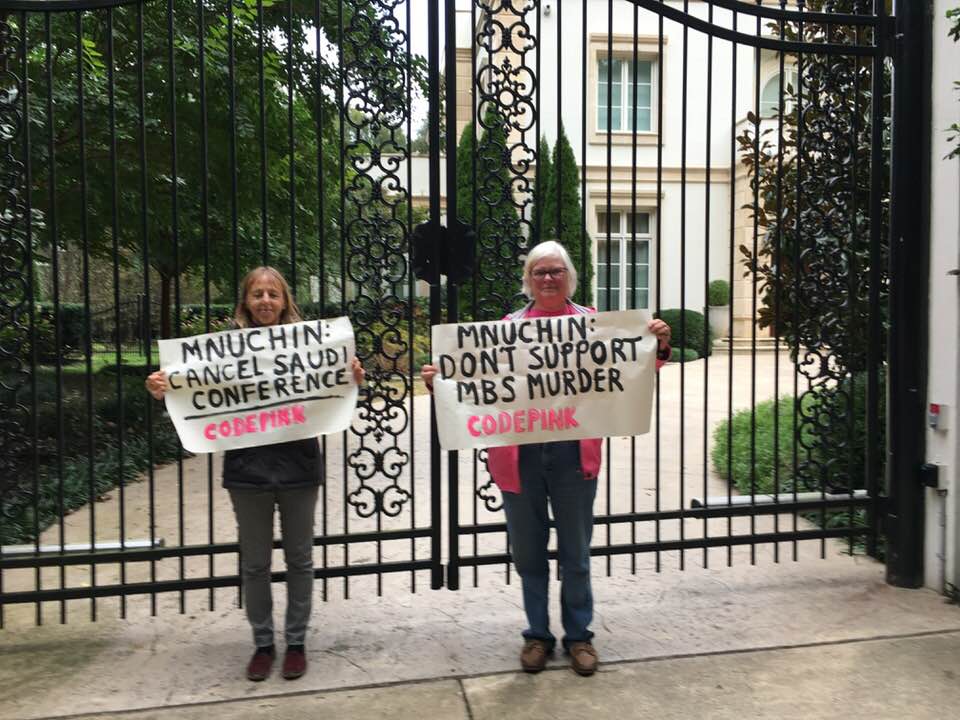 Saudi Arabia killed Washington Post journalist Jamal Khashoggi. But Secretary of the Treasury Steven Mnuchin still plans to attend the Future Investment Initiative conference in Saudi Arabia despite most of its attendees deserting. Some of the companies who have refused to attend include Uber, JP Morgan, Blackstone and Blackrock.

Tell Steven Mnuchin not to support the cold-blooded murder of a dissident journalist. Demand that he cancel his attendance to the FII Conference in Riyadh.

In the wake of Saudi Arabia’s killing of journalist Jamal Khashoggi, we urge you to rescind your attendance to the Future Investment Initiative Conference in Riyadh on October 24. We demand that our government stand up for dissidents and the freedom of the press, and to take a strong stand against human rights abuses and international law violations. We ask you to immediately withdraw from the conference.

Saudi Arabia has also inflicted severe human rights abuses on Yemenis for years which has caused the worst humanitarian crisis on earth.

Please stand up for American values like freedom of speech and the press by sending a message to Saudi Arabia that the murder of a Washington Post journalist will not be tolerated.