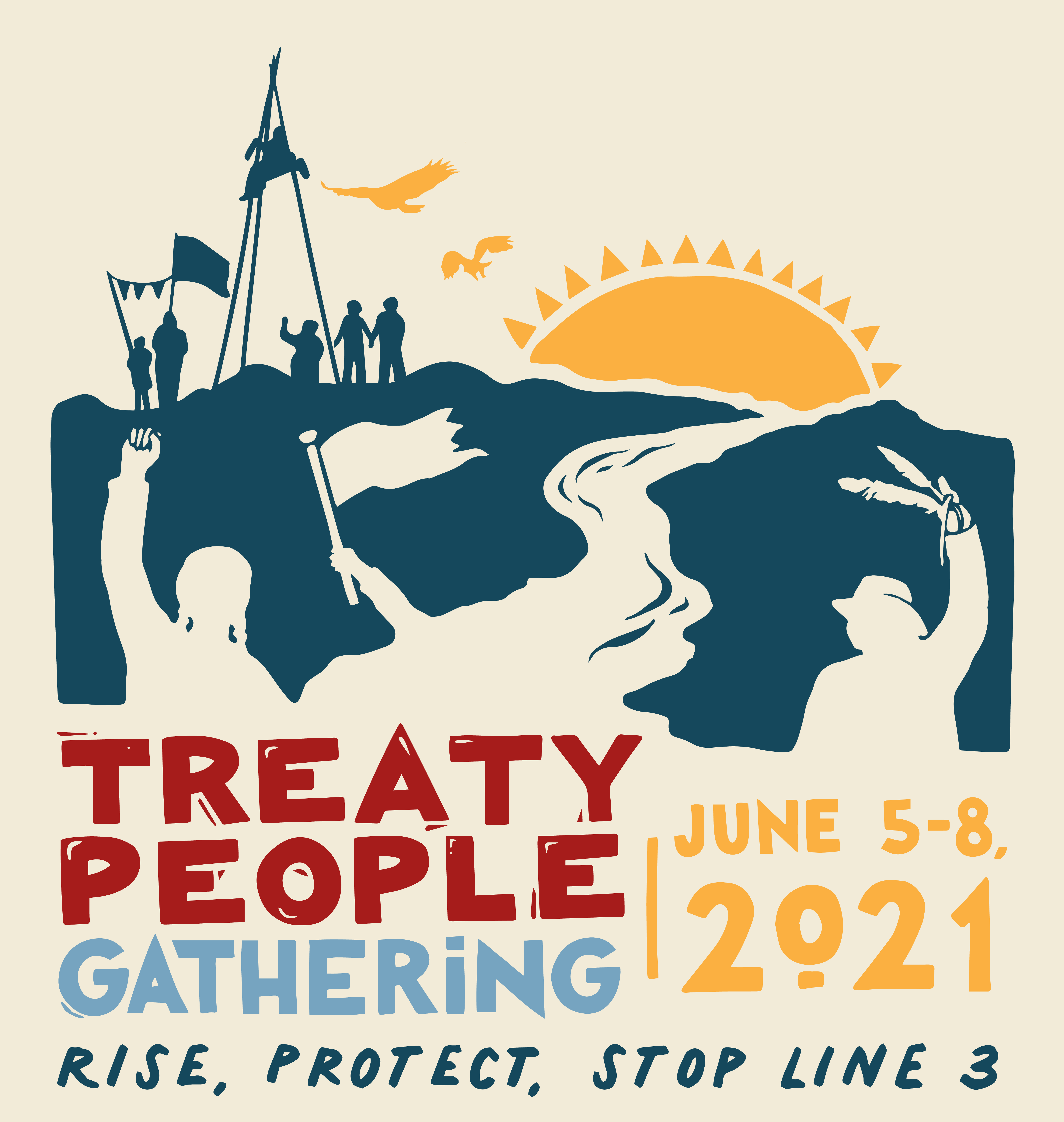 On June 5-8, CODEPINK will join the Treaty People Gathering in northern Minnesota to Stop Line 3. Enbridge continues to build Line 3 through Anishinaabe treaty land, and the Mississippi headwaters, an Indigenous-led movement of land defenders and water protectors, continues to lead historical resistance. Join Jane Fonda, Bill McKibben and hundreds more front line activists from over 100 organizations as we stand in solidarity with the indigenous community.

People worldwide will gather in northern Minnesota to engage in nonviolent direct action and send a message to the world that the days of tar sands pipelines are over - but the world will only hear our message if as many people as possible get involved. Only a major uprising will propel our leaders to act, and we need your help.

If you can't make the Treaty People Gathering, you can join CODEPINK Co-founder Jodie Evans, Rainforest Action Network and Tara Houska of Giniw Collective on June 27-30th as we continue the fight!

It’s been a long winter in the north, standing in the way of the Line 3 pipeline and protecting our land and waters. If completed, the Line 3 Pipeline will carry 700,000 barrels of dirty tar sands oil from Canada each day, violate Indigenous treaty rights, threaten waterways like the Mississippi, and lead to a jaw-dropping 193 million tons of carbon dioxide emissions each year.

No more blood for oil. Enbridge’s temporary living sites for its workers are labeled “man camps.” Research shows that sex trafficking and violent crimes have occurred in connection to the camps, which unreasonably affects Indigenous women. The camps are devastating to the women in the area, their children, and the local LGBTQ communities. It is time for Enbridge to leave northern Minnesota.

War is not green. Enbridge is waging war on the land and its people for oil profits. Enbridge originally built the pipeline in 1961, and in that time, it has ruptured and spilled. Enbridge has taken no responsibility or accountability for the clean-up. Enbridge has had over 800 spills in the last 15 years. Sign up and join CODEPINK as we say Stop Line 3.

See you up north!