Medea and Nicolas at OR BOOKS in NYC 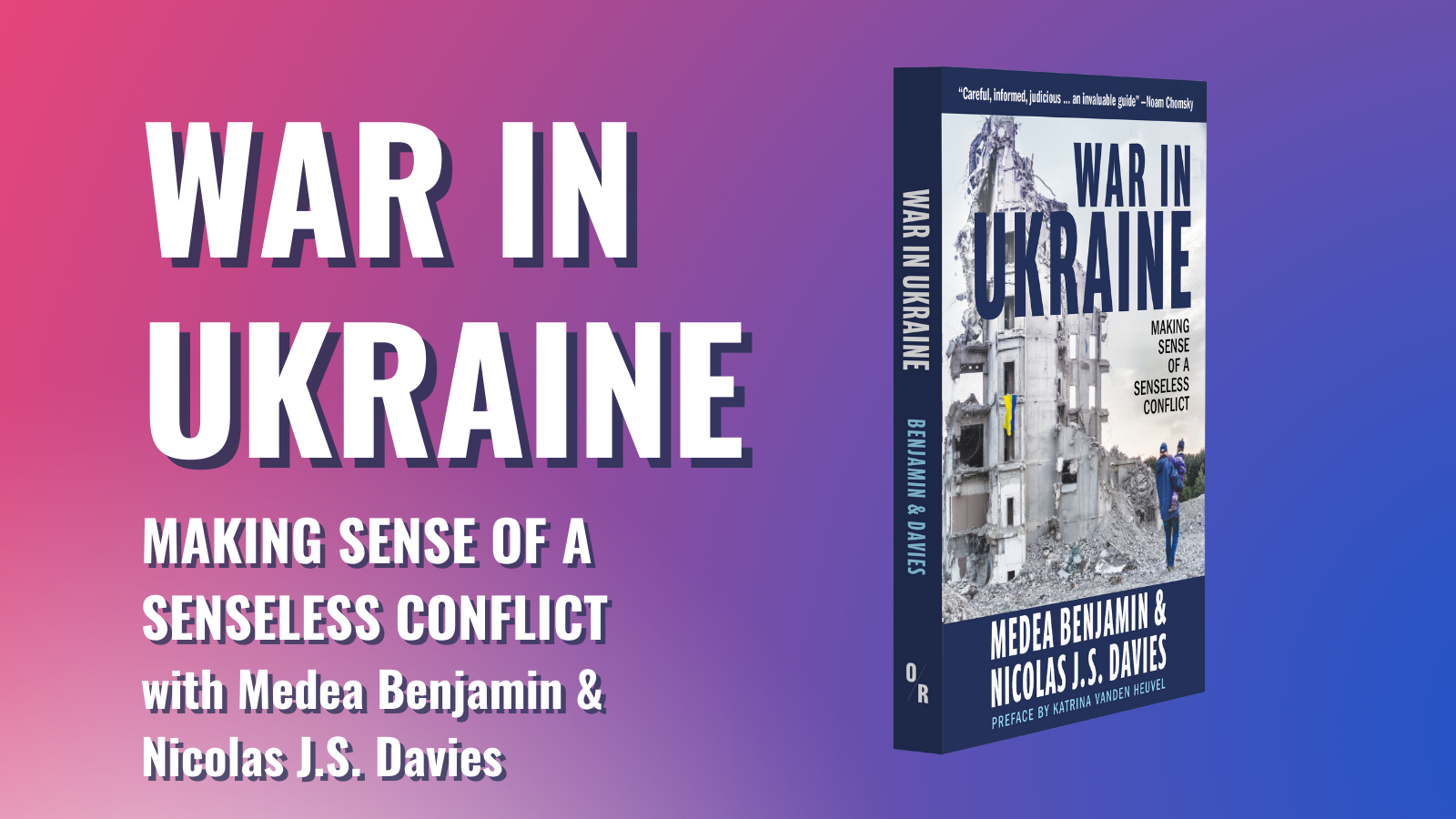 On Wednesday, December 14, Medea Benjamin and coauthor Nicolas J.S. Davies of the book War In Ukraine: Making Sense of a Senseless War will be joined by talk show host Katie Halper and writer Aaron Maté at an in-person and live-streamed event happening in New York City from 6:30-8:30pm where they will answer the hard questions on Ukraine. To attend this event in person, please RSVP by emailing [email protected] Tune into the livestream here!