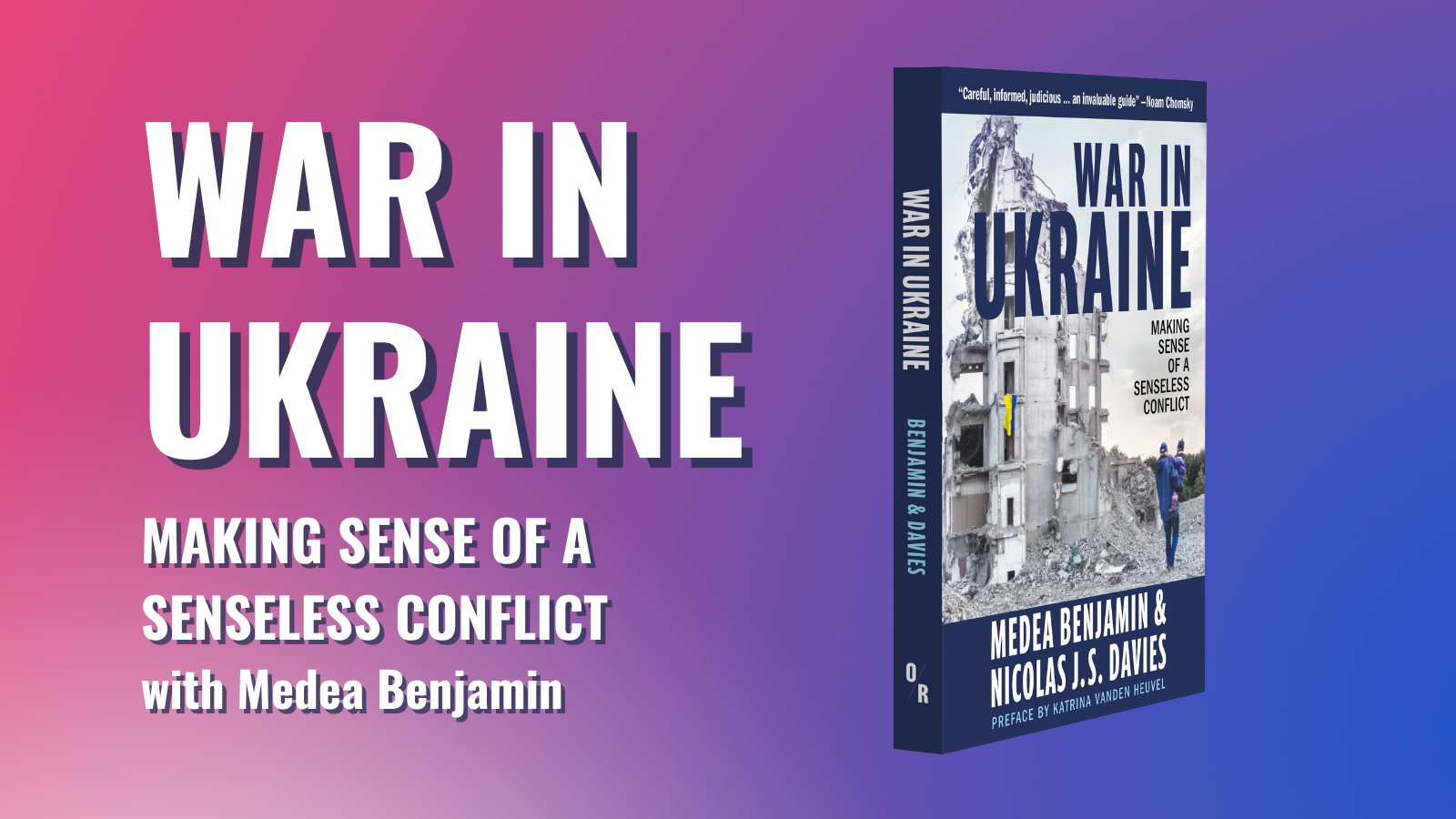 Medea Benjamin will be speaking in Chapel Hill, NC about her new book War in Ukraine: Making Sense of a Senseless Conflict.