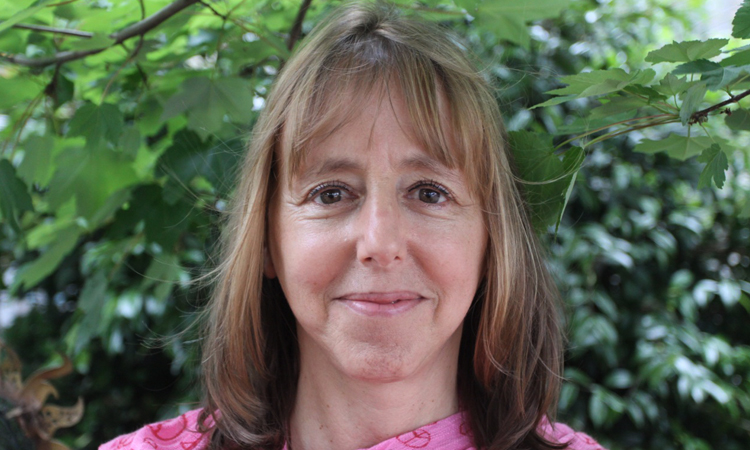 Medea Benjamin is a cofounder of both CODEPINK and the international human rights organization Global Exchange.  Benjamin is the author of eight books. Her latest book is  Drone Warfare: Killing by Remote Control, and she has been campaigning to stop the use of killer drones. Her direct questioning of President Obama during his 2013 foreign policy address, as well as her recent trips to Pakistan and Yemen, helped shine a light on the innocent people killed by US drone strikes.

Benjamin has been an advocate for social justice for more than 30 years. Described as "one of America's most committed -- and most effective -- fighters for human rights" by New York Newsday, and "one of the high profile leaders of the peace movement" by the Los Angeles Times, she was one of 1,000 exemplary women from 140 countries nominated to receive the Nobel Peace Prize on behalf of the millions of women who do the essential work of peace worldwide. In 2010 she received the Martin Luther King, Jr. Peace Prize from the Fellowship of Reconciliation and the 2012 Peace Prize by the US Peace Memorial. She is a former economist and nutritionist with the United Nations and World Health Organization.

Since the September 11, 2001 tragedy,  Medea has been working to promote a U.S. foreign policy that would respect human rights and gain us allies instead of contributing to violence and undermining our international reputation.  In 2000, she was a Green Party candidate for the California Senate.  During the 1990s, Medea focused her efforts on tackling the problem of unfair trade as promoted by the World Trade Organization. Widely credited as the woman who brought Nike to its knees and helped place the issue of sweatshops on the national agenda, Medea was a key player in the campaign that won a $20 million settlement from 27 US clothing retailers for the use of sweatshop labor in Saipan. She also pushed Starbucks and other companies to start carrying fair trade coffee.

Her work for justice in Israel/Palestine includes taking numerous delegations to Gaza after the 2008 Israeli invasion, organizing the Gaza Freedom March in 2010, participating in the Freedom Flotillas and opposing the policies of the Israel lobby group AIPAC. In 2011 she was in Tahrir Square during the Egyptian uprising and In 2012 she was part of a human rights delegation to Bahrain in support of democracy activists; she was tear-gassed, arrested and deported by the Bahraini government.

Medea has also been on the forefront of the anti-drone movement. She recently published Drone Warfare: Killing by Remote Control. She also organized the first-ever international drone summit and lead delegations to Pakistan and Yemen to meet with drone strike victims and family members of Guantanamo Bay Prisoners.

Her articles appear regularly in outlets such as The Huffington Post, CommonDreams, Alternet and OpEd News. Medea can be reached at: [email protected]codepink.org or @medeabenjamin.