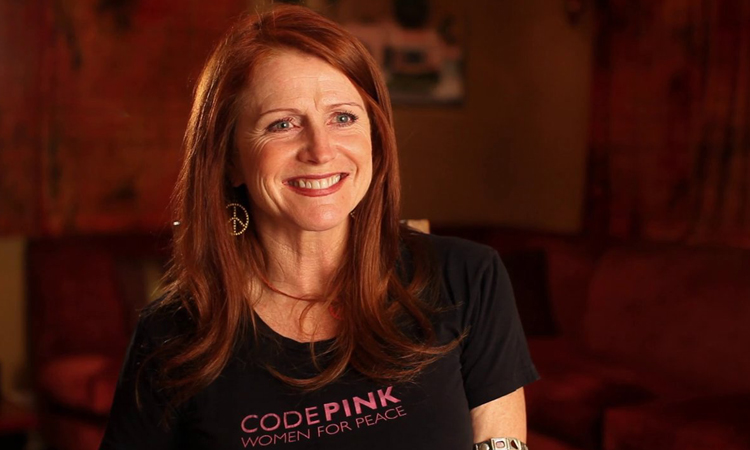 Jodie Evans is co-founder and co-director of CODEPINK and has been a peace, environmental, women’s rights and social justice activist for forty years. She has traveled extensively to war zones promoting and learning about peaceful resolution to conflict. She served in the administration of Governor Jerry Brown and ran his presidential campaign. She has published two books, “Stop the Next War Now” and “Twilight of Empire,” and has produced several documentary films, including the Oscar-nominated “The Most Dangerous Man in America” and Howard Zinn’s “The People Speak.” Jodie is the board chair of Women’s Media Center and sits on many other boards, including Rainforest Action Network, Drug Policy Alliance, Institute of Policy Studies, Women Moving Millions and Sisterhood is Global Institute. She is the mother of three.

Jodie can be reached at: [email protected] or @MsJodieEvans.