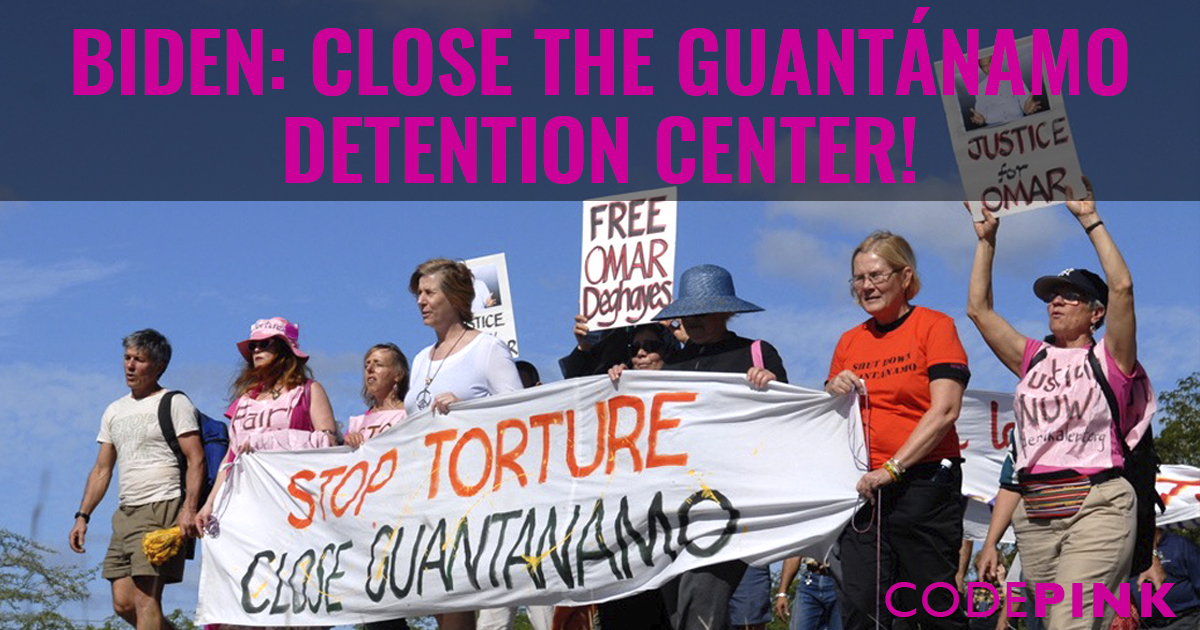 Tuesday night at the Golden Globes the Best Actress award went to Jodie Foster. She used the opportunity to talk about the importance of the film The Mauritanian, in which she plays attorney Nancy Hollander, and to raise up the beauty of Mohamedou Slahi. She was able to talk about how he had been a teacher of being loving and forgiving. So we must seize this moment to yet again call for GITMO to be closed!

Join us in asking Biden to finally close this inhumane prison once and for all!

The Mauritanian comes out today on demand and we invite you to join us and the community that has stood outside the White House in orange jumpsuits for 19 years for a Q&A with Mohamedou Ould Slahi, who was unjustly imprisoned at GITMO for fourteen years, and Nancy Hollander, his attorney who uncovers a far-reaching conspiracy (she is the one Jodie Foster plays). We will gather on zoom March 6th at 12 PM PT / 3 PM ET, for an introduction of the film by Shailene Woodley (who plays Nancy Hollander’s associate) and CIA torture whistleblower John Kiriakou. Following the film will be the Q&A. RSVP here to join us- the first 100 to rsvp will get a free ticket to the film.

Forty men remain in Guantánamo today. They are all Muslim. Most have never even been charged with crimes. Six have been cleared to leave, yet the government has made no efforts to transfer them out of the prison. The military commissions have barely moved forward: they are still unfair, and deny detainees fair-trial rights. Tell Biden he must put an end to this symbol of injustice, torture, and indefinite detention – once and for all and ask your friends to join you.

Hope to see you at the movies.