Mark Ruffalo: Watch the video I helped create especially for you 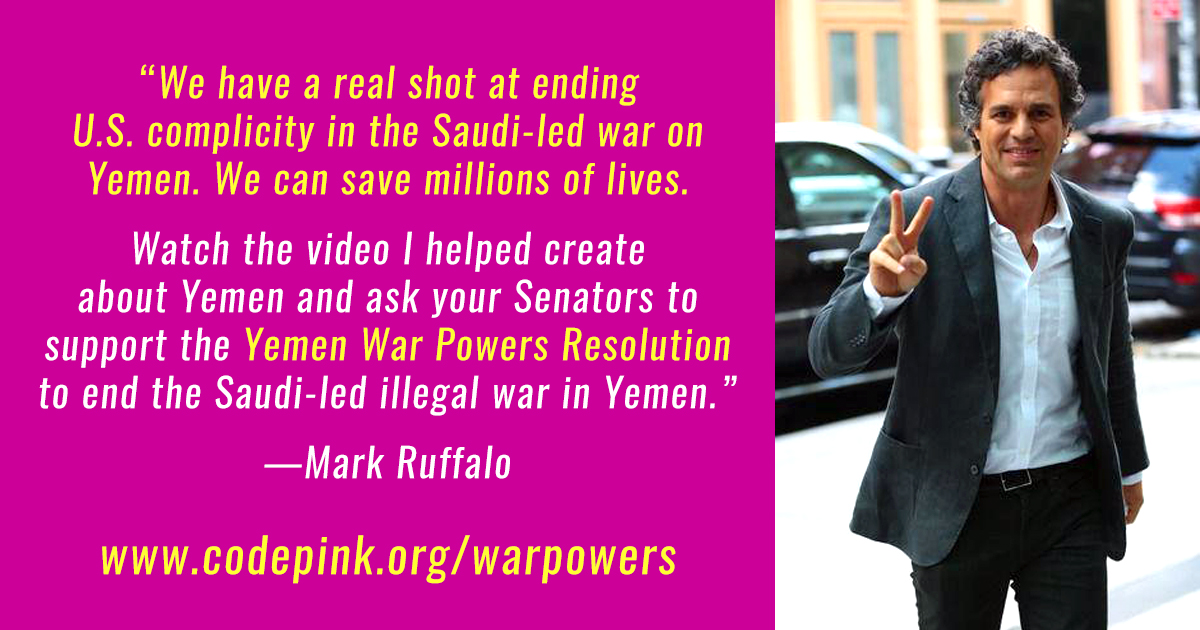 For years, I've turned to CODEPINK for its radical and poetic leadership in challenging the madness of militarism. Now, they and others in the peace movement are providing an opportunity to magnify our everyday energies. It is a moment to mobilize. We have a real shot at ending US complicity in the Saudi-led war on Yemen. We can save millions of lives.

Senator Bernie Sanders, along with Senators Murphy and Lee have just introduced a joint Senate resolution to invoke the War Powers Resolution of 1973. This Sanders-Lee-Murphy resolution S.J.RES.54 will force the first-ever Senate vote to end a secretive, unconstitutional war. 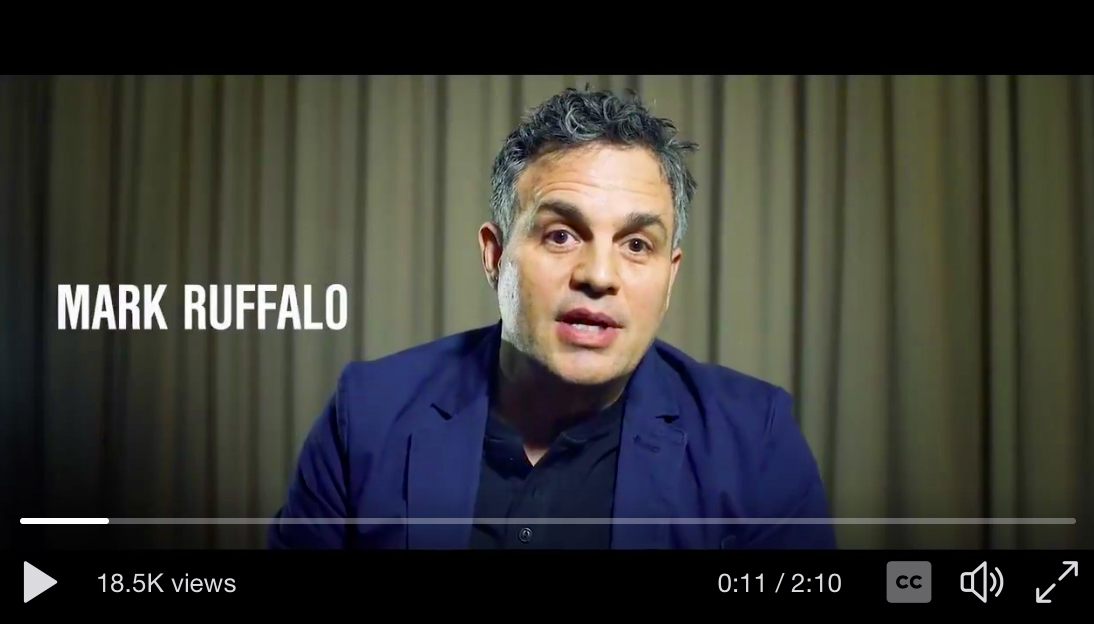 Watch the video I helped create about the devastation in Yemen.

Call or email your Senators. Tell them to vote yes on the Yemen War Powers Resolution to end the Saudi-led illegal war in Yemen. Use these talking points.

Bernie has teamed up with constitutional conservative Senator Mike Lee of Utah on this bipartisan resolution. This Sanders-Lee-Murphy resolution S.J.RES.54 is guaranteed a vote on the floor within days. If 51 Senators support the resolution, the impact could be felt for years: any unilateral war — from North Korea to Syria to Venezuela — could be prevented or shut down by Congress even if the president objects.

When I think about how to end the suffering in Yemen, I draw inspiration from the real-life story behind the film Spotlight, in which I portrayed a journalist who exposes a massive cover-up of abuse. That injustice could only persist for so many years under the cover of darkness. I believe that when the American people are presented with the facts, we will act to stop our tax dollars from going to bomb and starve innocent Yemenis simply to advance the Saudi dictatorship’s military ambitions.

Use these talking points to contact your Senators and ask them to vote yes on the Yemen War Powers Resolution to end the Saudi-led illegal war in Yemen.

Nowhere else on earth today is there a catastrophe so profound, harming so many lives, that is so easy to resolve: We can stop the bombing and let food and medicine into Yemen so that millions may live. I believe that the better angels of our nature can prevail.