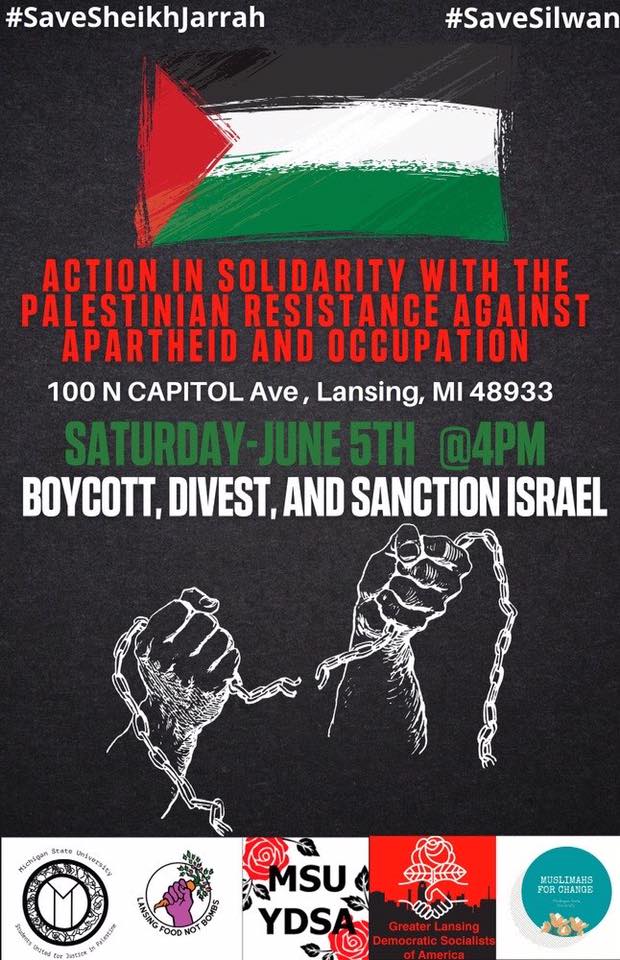 Michigan residents across the state, Michigan State Student groups, and Lansing DSA will assemble at the Capitol Building to stand in solidarity with the Palestinian resistance movement against occupation, apartheid, and siege.

We will march to Congresswoman Slotkin office to demand that House Resolution 2590 be passed and that aid to Israel be conditioned.

We are standing in affirmation of BDS and the right to boycott the occupation of Palestine.

We are calling for the United States to sanction Israel for its crimes against humanity and apartheid regime.