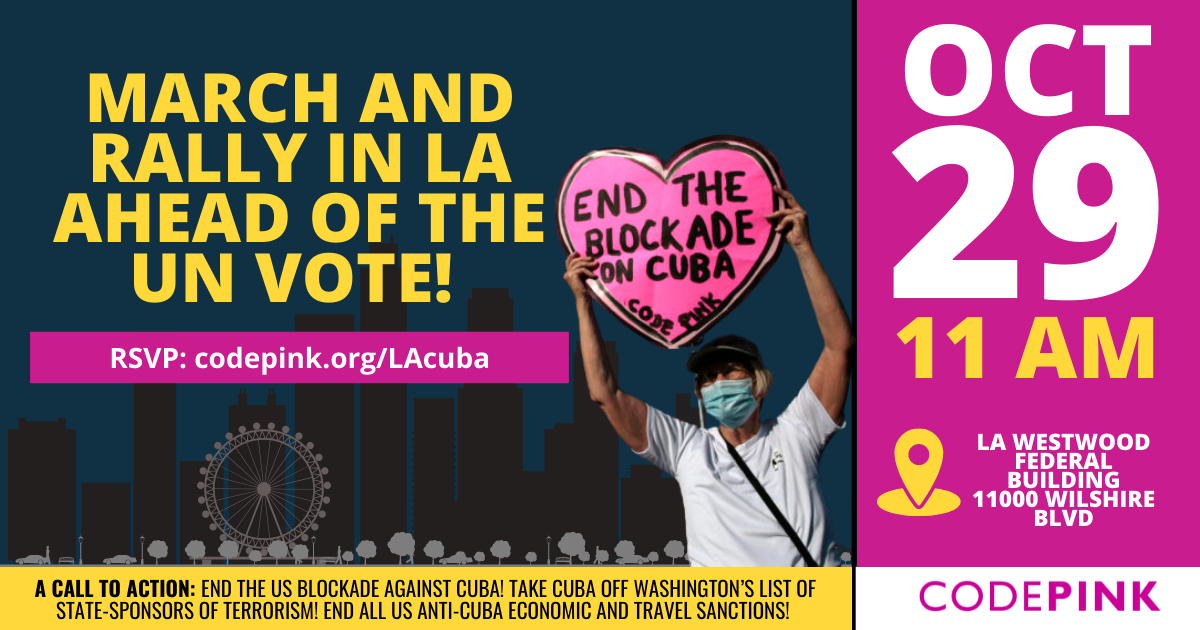 March and rally with CODEPINK and many other long-time activists in LA Saturday, October 29, ahead of the UN General Assembly’s annual vote!

The UN General Assembly’s annual vote demanding an end to the “the Economic, Commercial and Financial embargo imposed by the United States against Cuba” – the blockade -- will take place over two days on November 2 and 3, 2022. This will be the 30th consecutive vote in which the world community will once again overwhelmingly condemn the cruel, unjust, and illegal US blockade against Cuba! Join us as we call for the end of the U.S. blockade against Cuba and their removal from Washington D.C.’s list of state-sponsored terrorism.