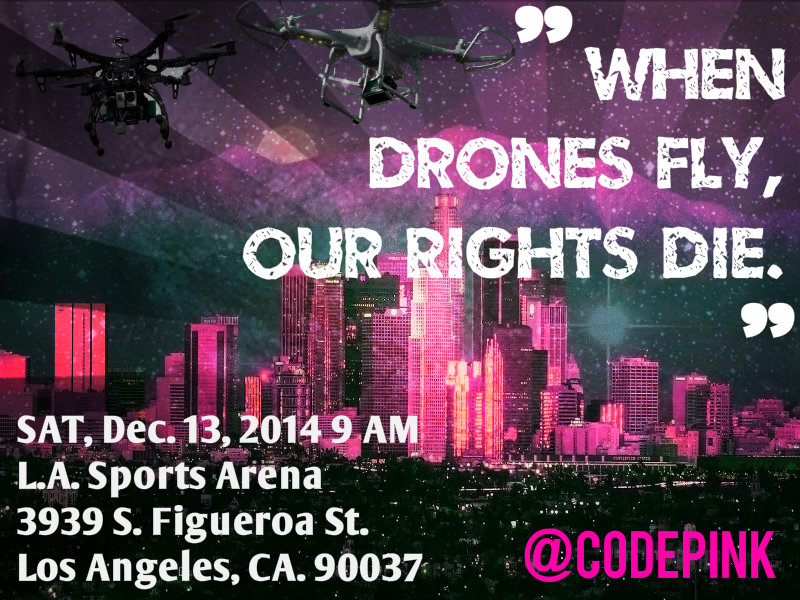 This SAT. December 13th, the UAVSA is holding their first "Drone Expo" in Los Angeles.

The UAVSA is the first and biggest commercial drone association in the world. The UAVSA claims to protect civilians private property, but their work serves to mainstream drones into society and mask their true identities in war and surveillance.

Drones are slowly creeping into our neighborhoods and our streets. The LAPD was recently gifted 2 surveillance drones, after they were rejected by the people of Seattle, and a drone was recently found and photographed crashed on the street during the peaceful protests in DTLA following the Darren Wilson No Indictment decision.

The drones are here, now is the time to get them out!

Send a message to the UAVSA, LAPD, and the World! All drones are a violation! No drones in L.A.!

CODEPINK will join the Drone-Free LAPD. No Drones, LA coalition in standing up against Drone lobbyists. We will fly kites in front of the LA Sports Arena to send a visual statement to L.A.: Whose streets? Our streets!