Vote NO on Kavanaugh!

Vote NO on Kavanaugh! 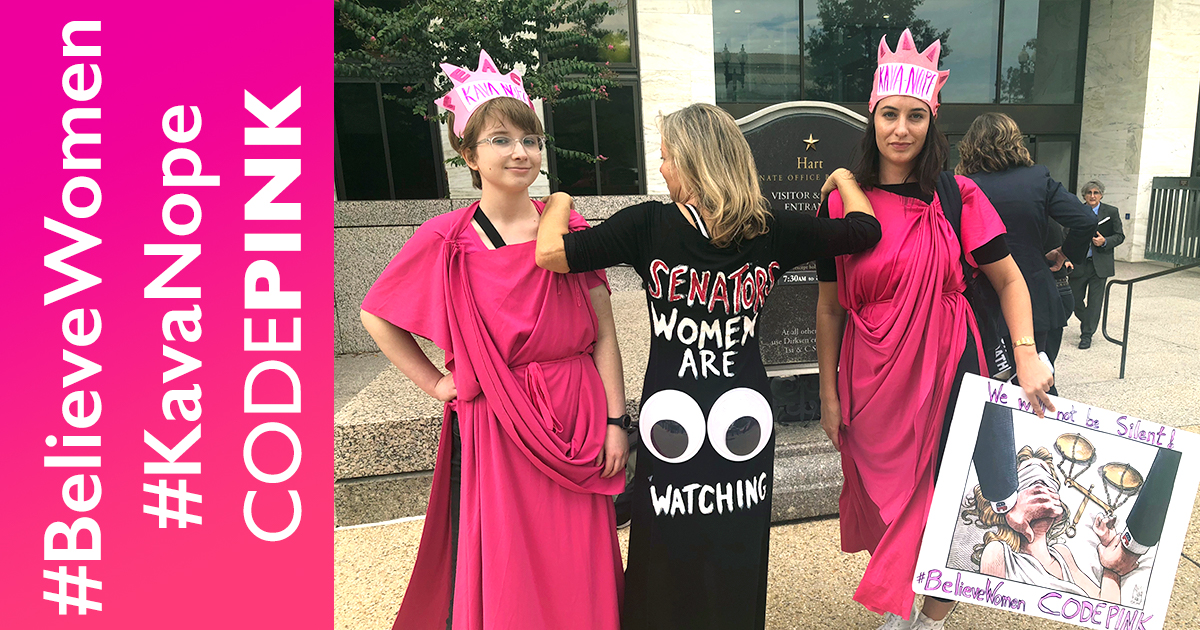 Kavanaugh would be a Justice who isn’t just. There are multiple allegations of sexual assault against him. He has lied under oath about his drinking, approves of detention in Guantanamo Bay, thinks international law has no place in US courts, and supports the unconstitutional use of the Authorization for Use of Military Force which bypasses Congressional authority and causes destruction across the globe.

His opposition to affordable health care will threaten the lives of millions of Americans. The possibility of him overturning Roe v. Wade would risk the lives and rights of women in the U.S. Kavanaugh takes away people’s choices—from the women he has assaulted, to the women whose rights over their own bodies are threatened by him, to the civilians who face the wars he’s backed.

Tell the five members of the Senate who are on the fence to VOTE NO ON KAVANAUGH!

Note: The following tool is not optimized for Firefox, please use another browser. 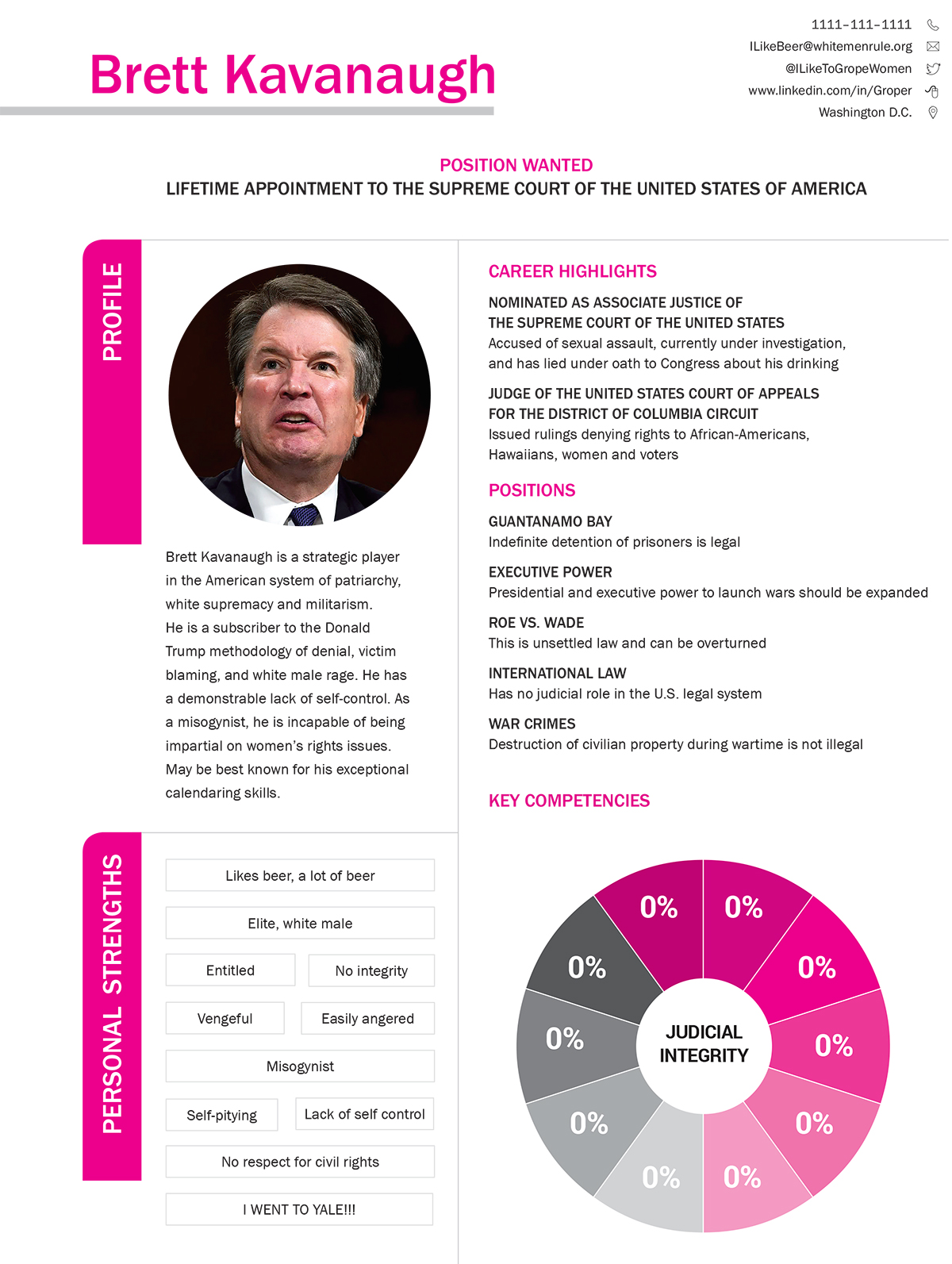