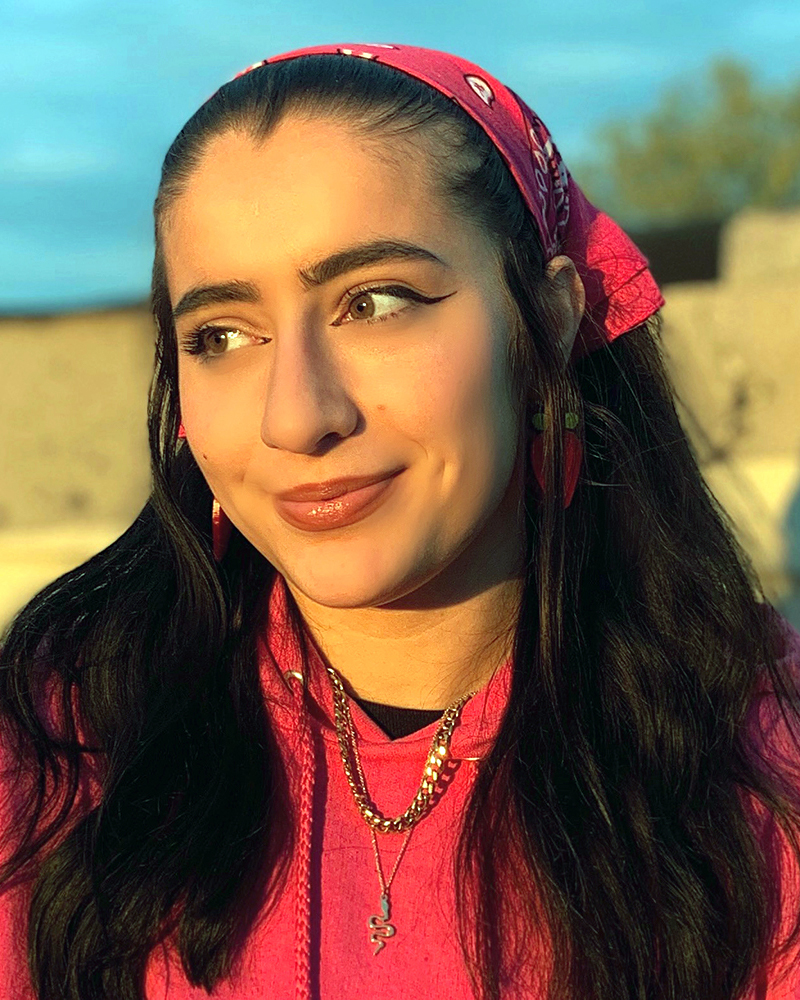 I don't remember... because I was three years old. I was just a toddler when those ladies who called themselves CODEPINK huddled outside the White House in 2002 in opposition to the Iraq War.

Now, I work alongside them to end wars and build the anti-war movement. I recognize that I’m working alongside older people who have been resisting wars for decades, and I have a lot to learn from them. And they realize that they’re working with young people who have never known their country to not be at war, and they could learn a little something from us too.

We are building an intergenerational peace movement that puts young people at the forefront.

Not only are we partially youth-directed, but CODEPINK’s campaigns are also pretty much run by young people. Not only do we have a majority of young staff, we are also all over the country now. The Covid pandemic set grassroots organizations back a little, us included. But now CODEPINK is again fully staffed all over the country. We are in New York City, Washington DC, the Bay Area, Los Angeles, and Chicago!

We also have a vibrant youth cohort called the Peace Collective that celebrates its two-year anniversary next month. Two of our Peace Collective members, Lauren and Calla just got back from the working-class U.S. youth brigade to Cuba!

We hope to expand our programming for the peace collective, including sending more members to Cuba for May Day in 2023.

Can you support CODEPINK youth organizers before the end of the year? You can choose to make a one-time gift, or a monthly donation.

Hearing from life-time CODEPINKers and our supporters has meant the world to me as I’ve stepped into the co-director role at CODEPINK. Your collaboration always teaches me new things, your support makes me and the rest of the staff feel trusted with the movement you’ve all created and continue to build with us. When I talk to the Peace Collective, CODEPINK staff, and our community, I always feel an overwhelming sense of hope that another, better world is inevitable.

P.S. Check out our store for newly available T-shirts and Medea's new book on Ukraine.

In case you missed it, here is what we did last week at CODEPINK.