Join us in action J11 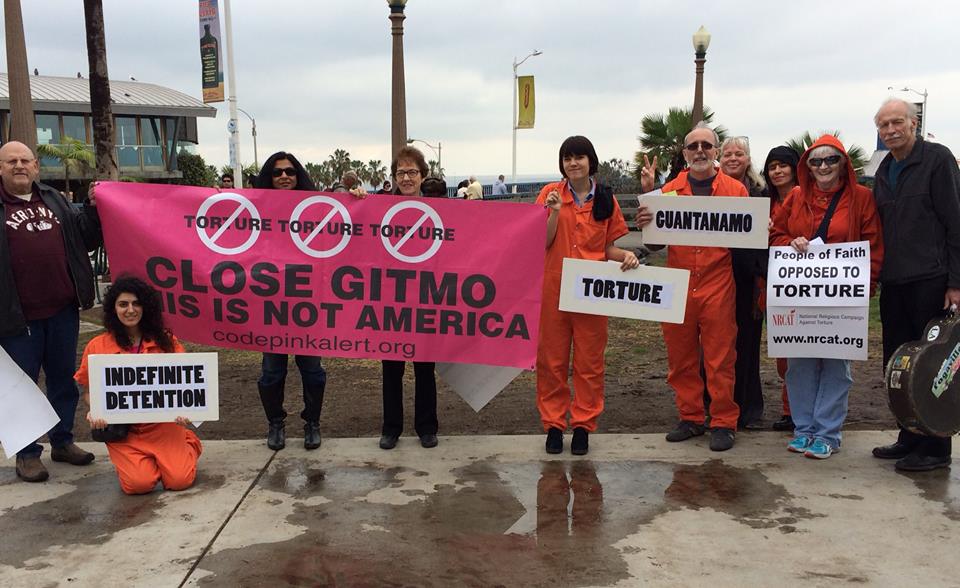 Monday, January 11th marks the 14th year since the opening of the US Prison facility at Guantanamo Bay. More than 700 people have been held in Guantanamo and many have been released without charge. We’ve witnessed countless acts of torture, extreme physical and psychological violence, unfair trials, the targeting of Muslim men, and impunity for crimes committed by US government officials. This is a gross injustice to human rights and dignity and it must end now.

Activists all around the world will take to the streets starting this weekend to demand that Guantanamo Bay Detention Facility be closed once and for all.

San Francisco - Downtown March
When: Monday, January 11, 2016 at 1:30pm - 4pm
Where: Meet at the plaza on the northern corner of Market St at Montgomery. (Montgomery BART)
What to expect: A group of people in orange jumpsuits representing the Guantanamo prisoners will walk thru busy downtown San Francisco. People walking alongside them will explain our message with words and flyers to those we meet.

San Francisco - Golden Gate Peace Convergence
When: Sunday, January 10, 2016 at 12pm - 2pm
Where: Golden Gate Bridge Hwy 101; Gather at Eastern walkway (Bay side)
What to expect: Peace Convergence in the middle of the bridge with peace signs, Shut Down Guantanamo signs, orange jumpsuits and black hoods.

Honolulu - Walk of Silence
When: Monday, January 11, 2016 at 3pm - 5pm
Where: University of Hawaii - Manoa Law School Plaza
What to expect: A walk in orange jumpsuits, hoods and banners to the University Campus Center where we will stand in silence.

Washington DC - Visions of Homecoming
When: Sunday, January 10, 5-7pm
Where: Impact Hub DC (419 7th St NW 3rd floor, Washington DC 20004)
What to expect: Musicians, poets and activists dreaming of homecomings for the Cuban people and those locked away in Guantanamo. Howard University professor Rhone Fraser, a delegate on two of the 2015 CODEPINK delegations to Cuba, including the trip to Guantanamo, will be speaking on behalf of CODEPINK.

New York City - Rally
When: January 11, 2016 at 12pm - 2pm
Where: Father Duffy square at 46th & Broadway
What to expect: Speakers with calls for action, signs for peace

For more information on these events, click on the location or our Action Calendar.

"One day of unlawful detention is an outrage, 14 years is an abomination." - Michael Ratner, who represented the Guantanamo Bay detainees before the U.S. Supreme Court