Join the Tweet Storm #RickyRenuncia for Justice for Puerto Rico 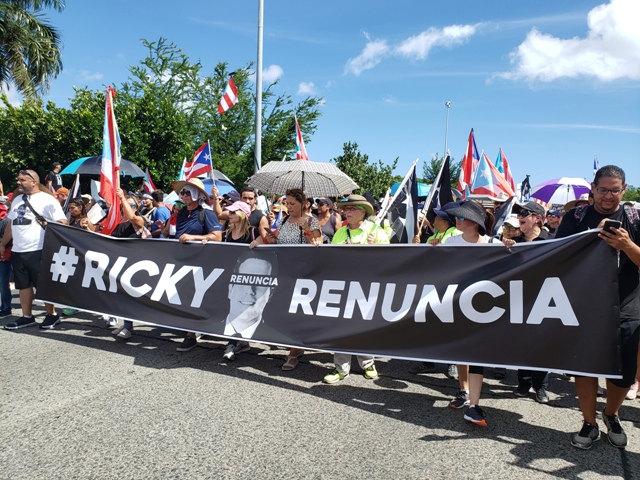 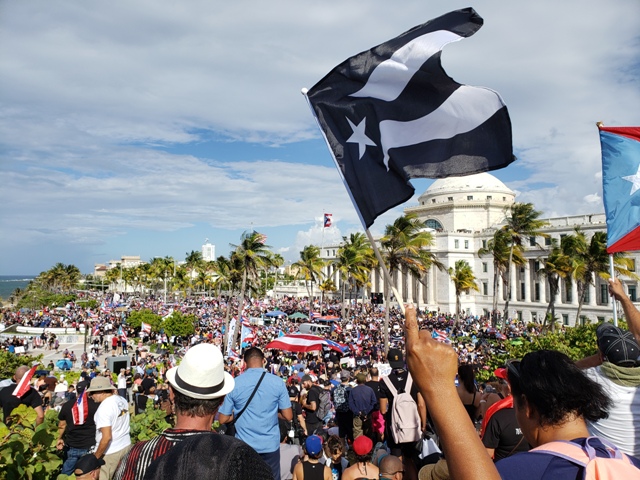 At this writing, after 11 days of protests all over Puerto Rico, the U.S., and internationally, the resignation of Governor Ricky Rosselló is imminent. The Secretary of Justice, Wanda Vazquez, tainted by being part of the Governor’s team, is the person next in line to take over the governorship because the Secretary of State resigned last week.

Join the hundreds of thousands of protesters in the streets of Puerto Rico demanding the resignation of Governor Rossello. Send your Tweet using the hashtags #RickyRenuncia (#RickyResign).

Puerto Rico is in dire crisis and needs your help. Since he was elected in 2016, Rosselló has been crushing Puerto Rico with austerity and anti-worker measures and selling Puerto Rico to outside investors. He and his cabinet have granted millions of dollars of public funds in illegal contracts and devised schemes for privatizations, instead of addressing the urgent health, housing, education, sustainable energy and other social needs.

Two weeks ago, the Center for Investigative Journalism (CPI in Spanish) released 889 pages of anti-women, anti-gay, anti-poor, violent chat messages involving the Governor and his cabinet and advisors. On Wednesday, July 24, the Puerto Rican House of Representatives has begun impeachment proceedings for crimes that were divulged from the release of the chat messages.  Many cabinet members have resigned and there is a widespread sense that the government is in a state of collapse. The Puerto Rican Bar association has condemned the police for excessive force against the protesters and putting our rights to protest under attack.

The struggle will continue until we create a representative government and eliminate the oppressive Fiscal Control Board appointed by the US to ensure the payment of the illegal debt to bond holders and other “vulture capitalists”.  Puerto Rico is on fire with an uprising from below and nothing will stop this massive demand for justice, transparency and prosperity. Puerto Ricans are grateful for the substantial help given by various celebrities who have joined this battle, but it is clear that the future of this island must be led by the communities and constituencies who have shown their capacity to organize in the last few weeks. Many hope this leads to the decolonization of Puerto Rico. La Lucha Continua!  Puerto Rico Libre!

The following is a link to suggested readings on this crisis.

I recommend donations to the award-winning Center for Investigative Journalism, which has consistently provided in-depth reporting on the subjects such as the uncounted deaths from Hurricane Maria and the failure of transparency of the Fiscal Control Board. To make a tax-exempt donation, contact CPI.