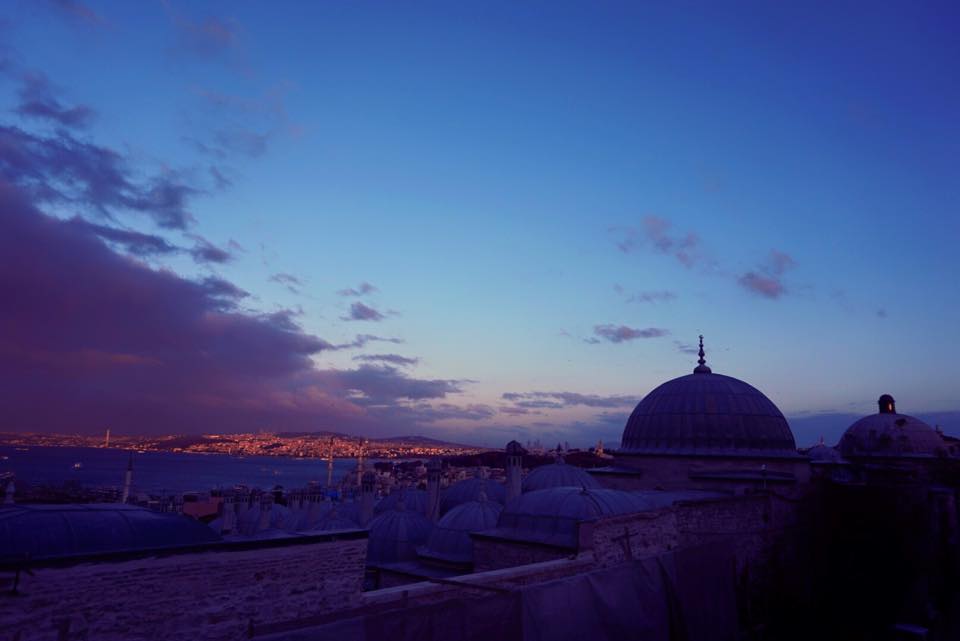 Since I started writing this article three days ago, further terror attacks have claimed 22 in Bangladesh, over 250 in Iraq, and 4 in three separate bombings across Saudi Arabia.

I could fill a textbook dissecting Turkey’s tumultuous past year of terrorist attacks, its longstanding conflict with its Kurdish minority, and its place in the Syrian Civil War and resulting relationship with the Islamic State, but that is not what this article is about. This article is about Istanbul, a city that has persisted through six regimes, two name changes, and over 2,500 years of dynamic history. This article is about why we were all Paris, but so many of us are not willing to be Istanbul (or Dhaka or Baghdad or Medina).

I was born at the tail end of 1995. I vaguely remember learning that our President was a man named Bill Clinton, but I do not remember anything significant about the political world until it was redefined on September 11, 2001. Since then, it feels like one of the only constants in my life has been, unfortunately, instability in the Middle East. I know now that the roots of radicalism in the Middle East extend even further back and that US and Western intervention has fanned the flames for many decades, but what I and many others tend to forget is that these places are more than war zones on our TV screens, that life goes on everywhere.

In studying international affairs and being constantly surrounded by white Americans studying international affairs, I have noticed that even among the highly educated, misconceptions of the third world are widespread and pervasive. Vast, transcontinental differences in language and culture are painted over when we discuss the Muslim world as a monolithic entity. The media’s use of terms like “radical Islamic terrorism” conflate the political and the religious, the Arab world and the Muslim world, which are overlapping but definitely not identical geographic spheres. More importantly, neither is what it seems.

I understand why it was so easy for Americans to “be” Paris—Paris is a city just like our cities, a city many of us have been to, and the Parisians who lost their lives attending a rock concert on a Friday night were no different than any of us or our friends. In the days following the tragic attack last November, millions of people around the world expressed solidarity through hashtags like #PrayForParis and #JeSuisParis. Landmarks on every continent lit up with the colors of the French flag, including the White House, the Sydney Opera House, Burj al-Khalifa, Christ the Redeemer, and dozens more. Our collective shock and sympathy for Paris is not the problem; in fact, it should be the norm. The problem is that our shock and sympathy seem to have a geographic boundary.

Decades of war and violence combined with xenophobic and Islamophobic propaganda advanced by politicians and the media have dehumanized innocent people and made it difficult for Americans to connect with suffering in many parts of the world. We fail to understand the fundamental truth that makes our hearts ache for Paris: we are no different from them. We are so used to hearing about places like Iraq in the context of violent extremism that when we hear about suicide bombings in marketplaces and mosques, we do not register these events as unusual.

To widen the divide between us and our fellow human beings even further, politicians and the media equate the actions of an extreme minority with the beliefs of over a billion people in a way that numbs us to the nuances between Muslim nations. Turkey is a developed, secular democracy. Istanbul’s Ataturk Airport is the third busiest in Europe and the eleventh busiest in the world. Thousands of flights between the US and Asia stop in Istanbul every day. Those who went to the airport on June 28th did not intend to make a statement or become martyrs; all they did was go to the airport.

Dhaka, Bangladesh, with its infuriating traffic, is more similar to New York than it is different. Medina is a historic and holy city just like Jerusalem. And Baghdad, despite decades of conflict and negative media coverage, used to be known as the city of peace.

There is no doubt that our collective distance from the Middle East and its citizens make it easy for us to allow war to go on with US-made weapons, US drones, and even US soldiers on the ground. When they are not our friends and neighbors, we are not invested in their lives, but I am telling you this is not how it has to be. We can stop the cycle by challenging our politicians and our own prejudices. We can learn how to combat Islamophobia in our day-to-day lives, lift up the voices of Muslim artists and activists, and cultivate a culture of peace and understanding.

We should not need to share a culture, skin color, religion, or system of government with another human being to mourn their loss. All people suffer at the hands of endless war, as do our planet and our sense of common humanity, and all people deserve peace.

Aniqa Raihan is a senior at the George Washington University and an intern with CODEPINK. She gets fired up about feminism and politics. She can be reached at [email protected] or on Twitter.