Monday, CODEPINKers across the country (and the world) took action to pressure President Obama to finally make good on his campaign promise to close the prison camps at Guantanamo Bay, Cuba. Using the rallying cry – coined by the lawyer who represented the Guantanamo prisoners before the U.S. Supreme Court, Michael Ratner – “14 years is an abomination,” thousands of you took to the streets, to your phones and email and to your social media to protest, rabble rouse and demand action from an administration that has failed to act for so long that the length of this human rights debacle has doubled under their watch.

CODEPINK joined People’s Opposition to War, Imperialism and Racism (POWIR) and other groups in a large protest at the U.S. Southern Command in Doral, Florida, which is responsible for all U.S. military activities in Central and South America. CODEPINK co-founder Medea Benjamin was at the protest and was interviewed by the Miami New Times, for a piece you can read here. 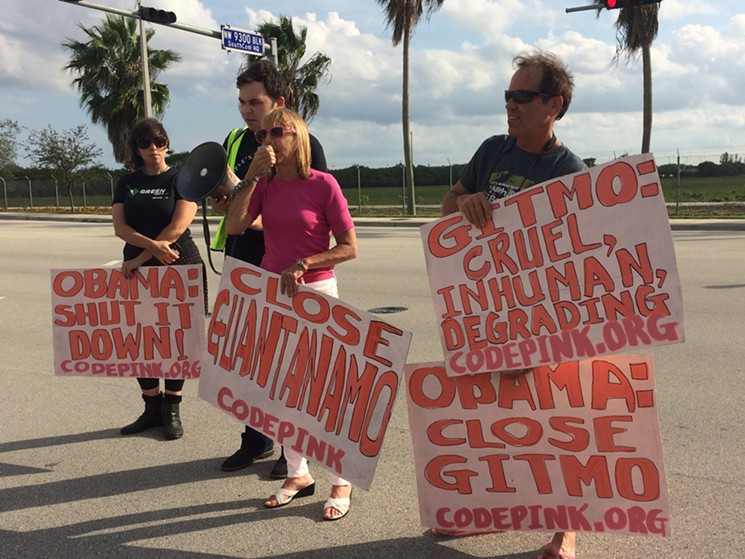 J11 Protests around the Country

CODEPINK was represented at Guantanamo actions around the country yesterday, including events in Berkeley, Honolulu, Los Angeles, New York City, San Francisco, San Jose and Washington, D.C. Here’s a few photos that folks shared with us! 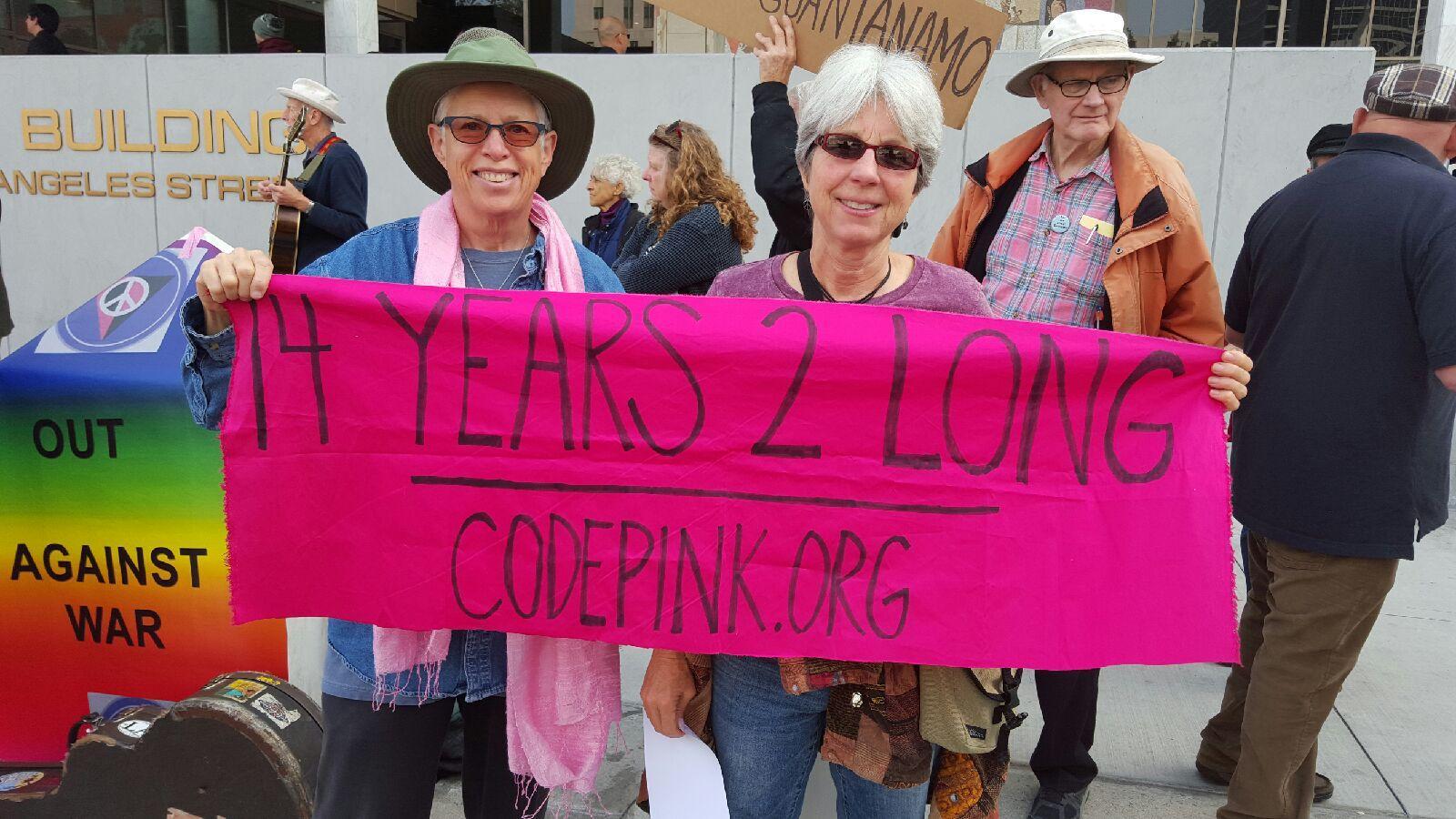 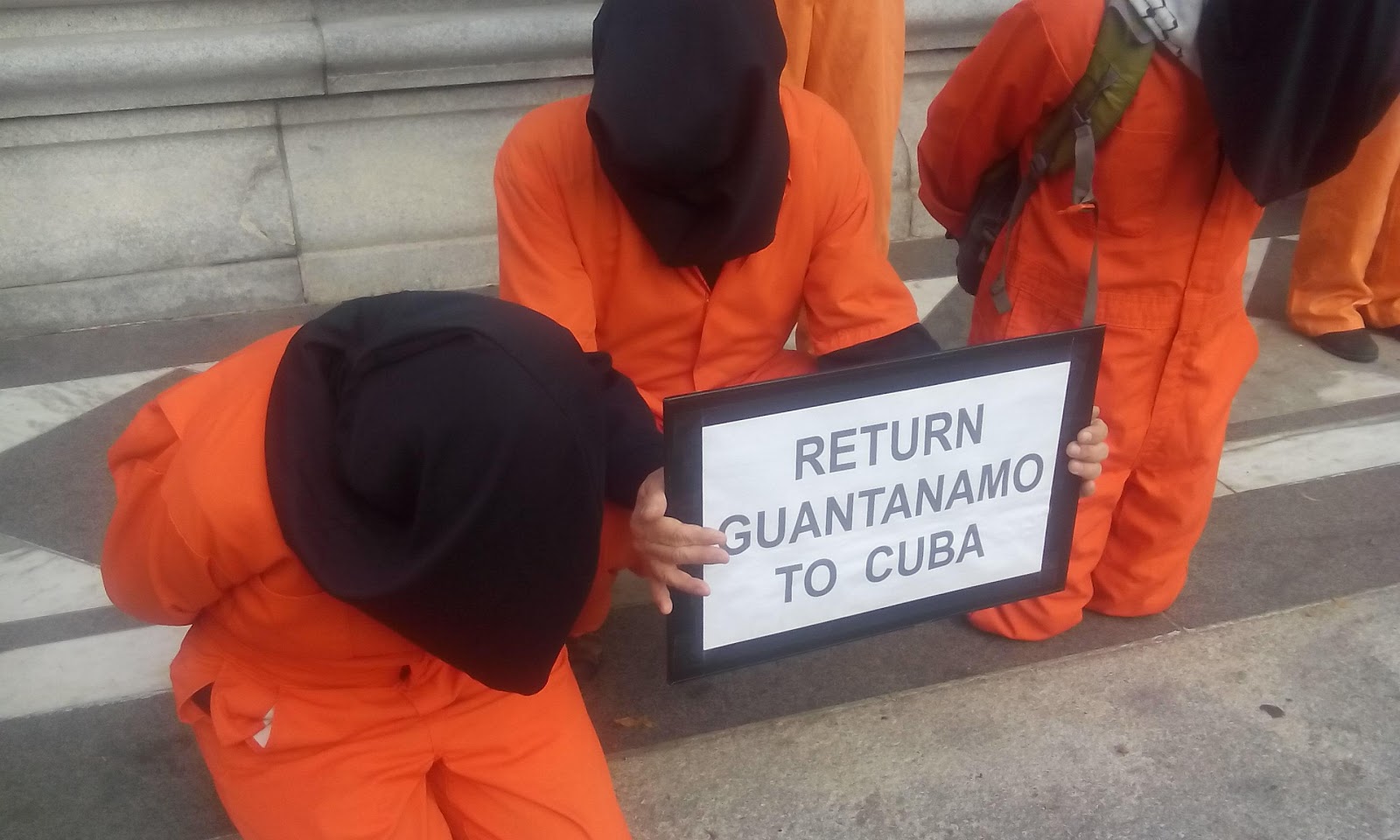 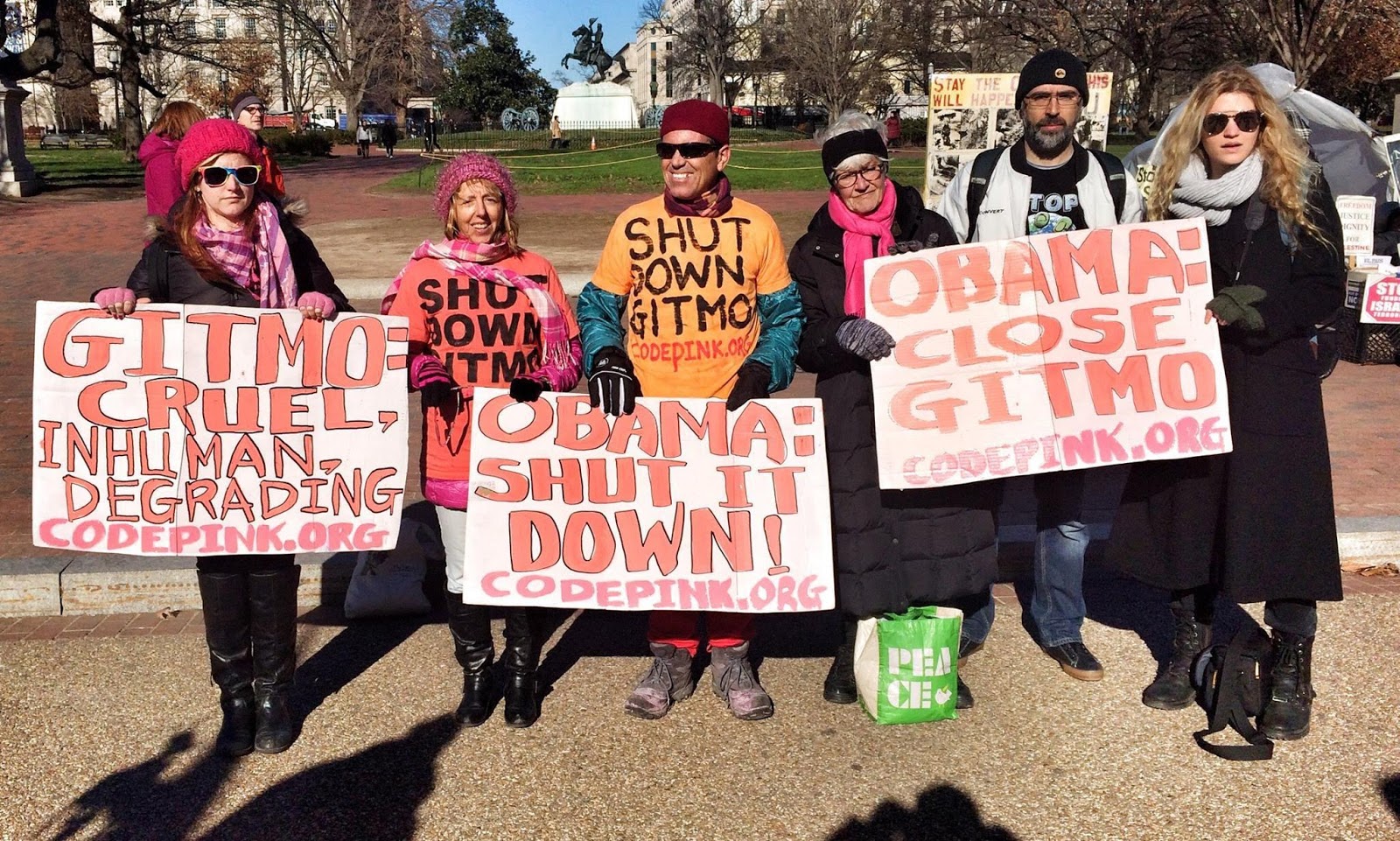 We asked you to use your online voices to pressure President Obama, and you responded! Your donated social media feeds allowed our Thunderclap to reach more than 273,000 people. Between the spread of the Thunderclap and your other efforts, our petition to Obama to #CloseGitmo has gotten more than 2,250 signatures (and counting – you can still ask your friends and family to sign!)

Finally, our video of President-elect Obama promising to close Guantanamo seven years ago has gotten more than 1,500 views and served as a stark reminder of the failure of this administration to take action. If you haven’t seen it yet, watch it now: