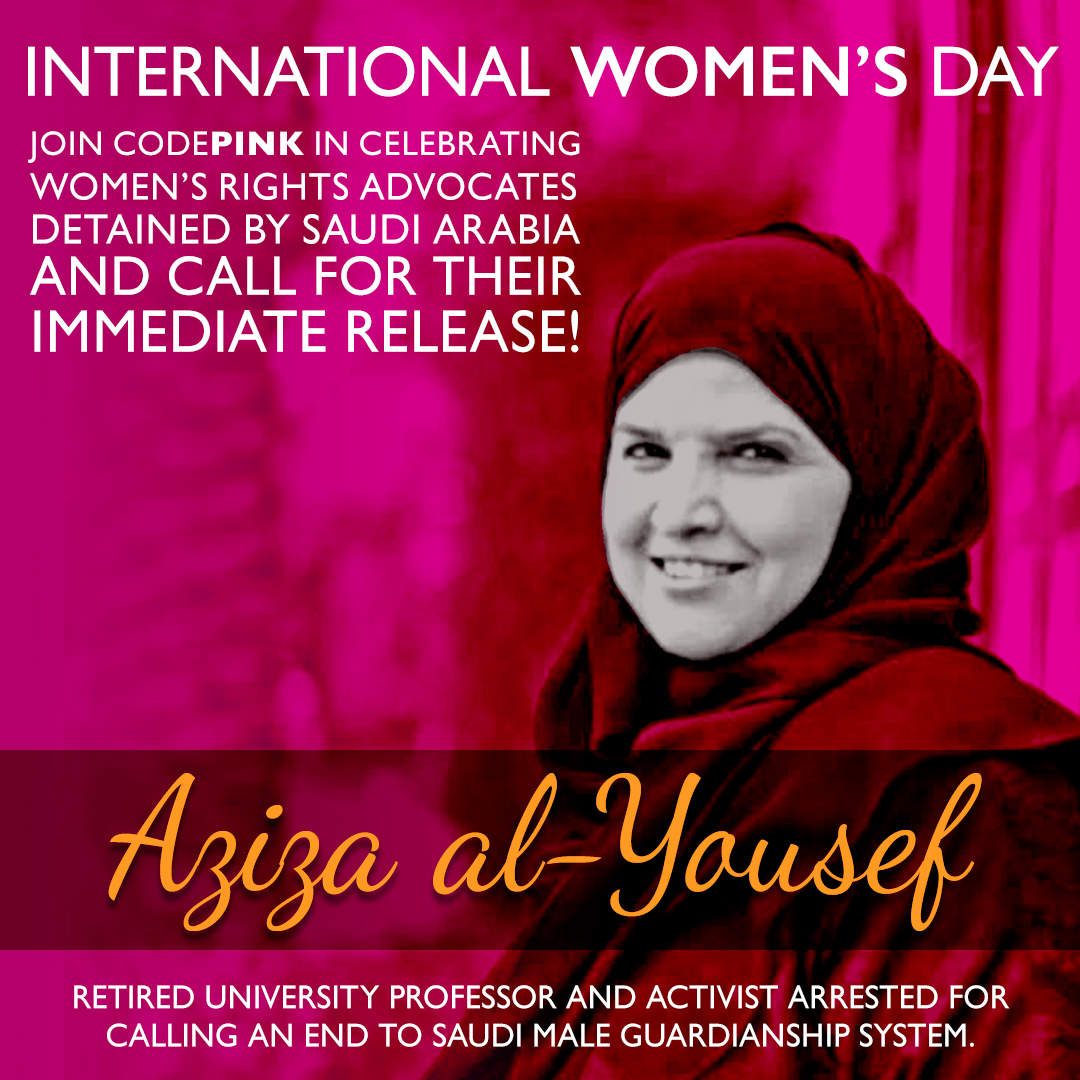 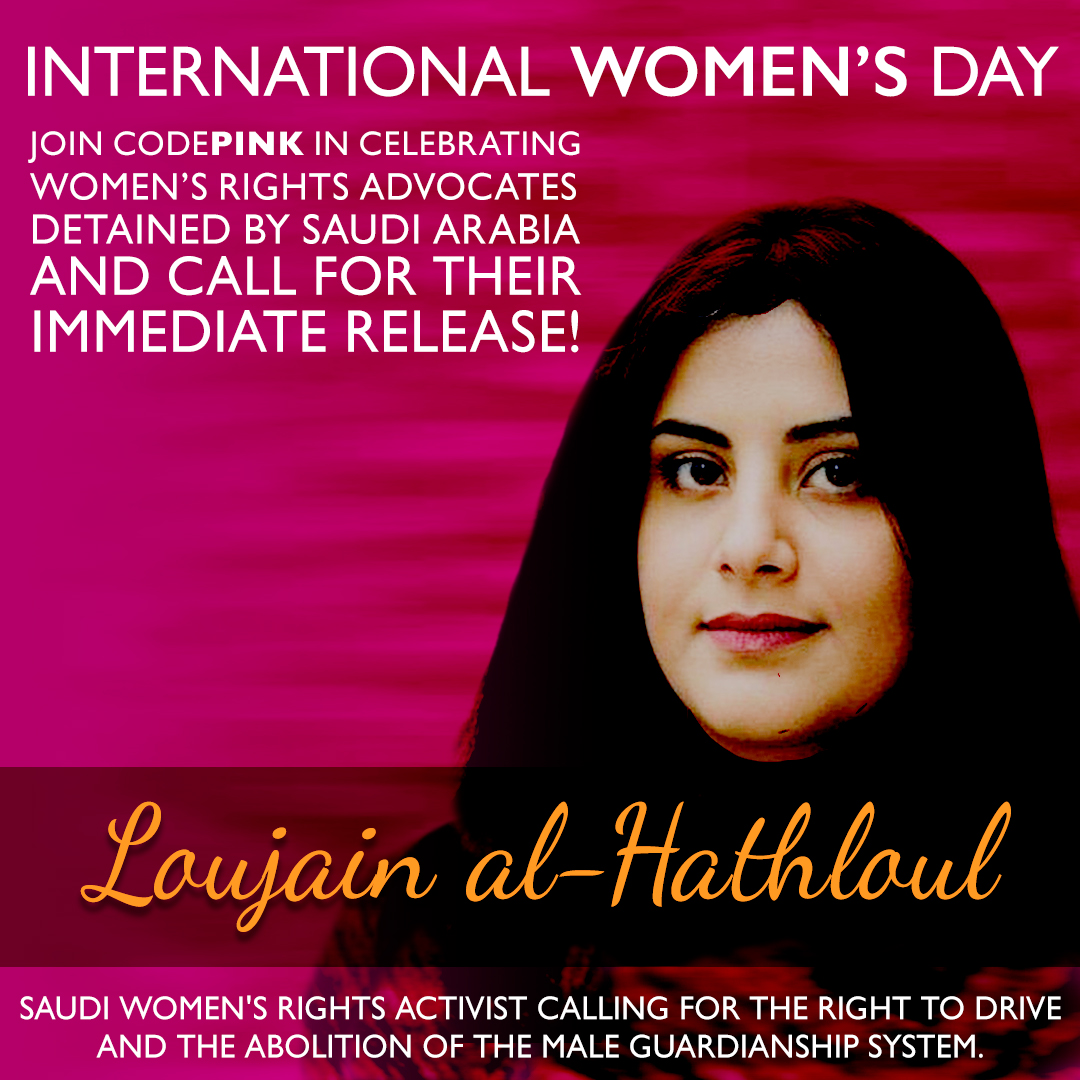 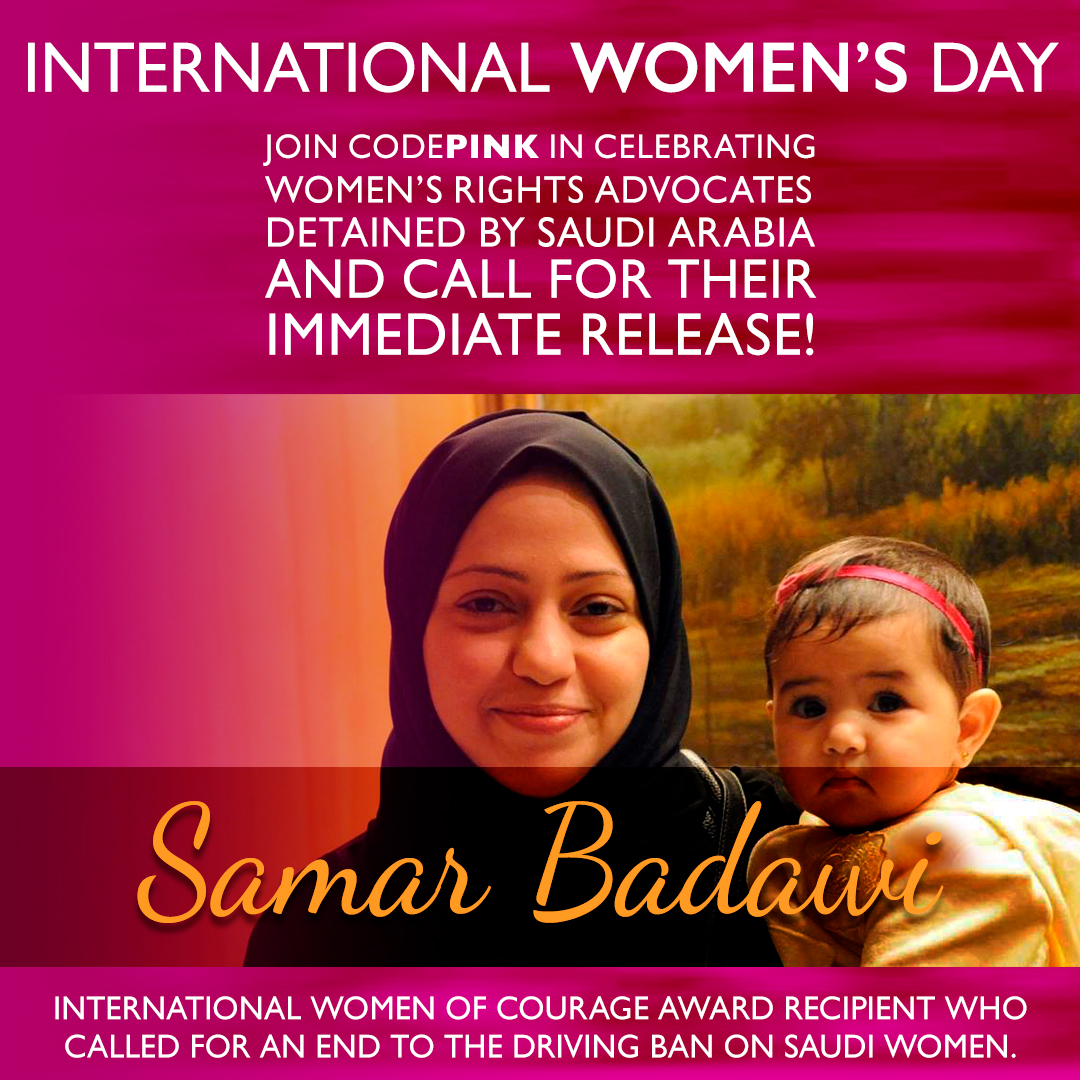 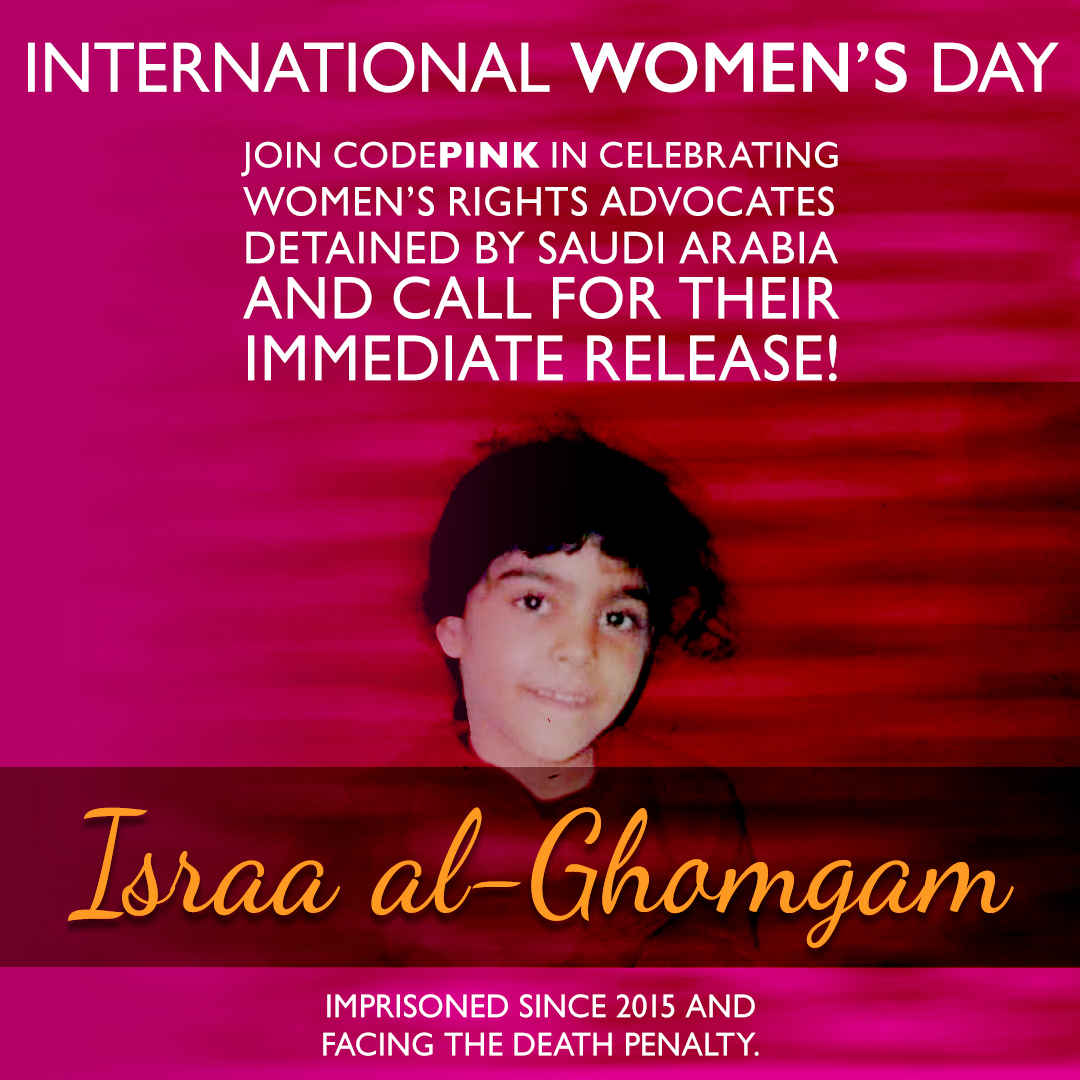 Although Crown Prince Mohammed bin Salman (MbS) lifted the ban on women driving in June 2018, he has continued the kingdom's horrendous track record on women’s freedom by imprisoning several prominent female activists, including those who had previously campaigned for the very right to drive. His regime has also encouraged its newspapers to brand these activists as “traitors.”

“Despite these blatant human rights violations, the United States continues its ‘special relationship’ with the Saudi government. Instead of threatening economic or political consequences for torturing peaceful activists, the Trump administration is providing weapons and support to their oppressors,” says CODEPINK co-founder Medea Benjamin.

“We should not only condemn the killing of Saudi journalist Jamal Khashoggi, but also pay attention to the urgent plight of women activists who play an integral role in pushing for a modern, more democratic Saudi Arabia. Let’s honour their invaluable contributions this International Women’s Day by calling for their immediate release,” says CODEPINK co-director Ariel Gold.

About some of these Saudi peace activists:

Loujain al-Hathloul is a leading women’s rights activist who campaigned to end the ban on women driving in Saudi Arabia. She was arrested in May 2018, along with several other prominent Saudi women's rights activists, on the charge of “attempting to destabilise the kingdom.” She continues to be held in prison and is being subjected to torture.

Aziza al-Yousef is a retired university professor and activist arrested for calling an end to the Saudi male guardianship system. As of November 2018, she is also apparently being held in the Dhahban Central Prison.

Samar Badawi is a leading advocate for women’s fundamental rights and an end to the male guardianship system in the country. She was a winner of the Department of State’s International Women of Courage Award. She has been arrested numerous times by Saudi Arabia for refusing to abide by the male guardianship system. As of November 2018, she is she has been held in the Saudi Dhahban Central Prison.

Israa al Ghomgham has been in detention since 2015 and faces possible beheading for her activism, which includes protesting discrimination against Saudi Arabia's Shiite Muslim minority. She is standing trial at the country's infamous Specialized Criminal Court, which was initially created to hear terrorism cases.