Israel just bombed Iran. How can we stop a war? 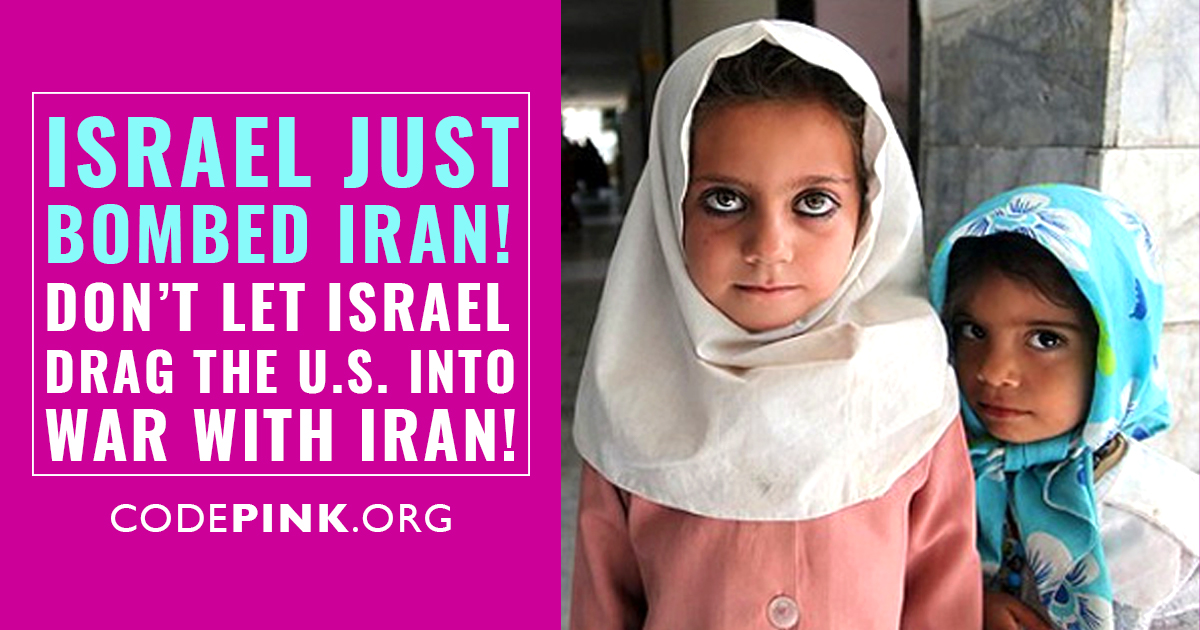 Last Thursday, Israel bombed Iran. Not only did they attack Iran, but they targeted and hit the Natanz nuclear facility located about 200 miles outside of Tehran.

It doesn’t get more dangerous than this. Iran could retaliate at any moment and Netanyahu could achieve his goal of dragging the U.S. into another disastrous Middle East war. Act now. Tell the Senate to support Sen. Tom Udall’s amendment to the National Defense Authorization Act (NDAA) affirming that Trump may NOT take the U.S. to war with Iran without Congressional approval.

Tomorrow, Wednesday, July 8th at 1:00 PM ET (10 AM Pacific) we will be hosting a webinar discussion with researcher and analyst Sina Toossi of the National Iranian-American Council. Sina and Medea will discuss the situation of Israel attacking Iran right now: why now, what are they trying to accomplish, what’s at risk, and what can we do to deescalate the situation and prevent war. RSVP right now! 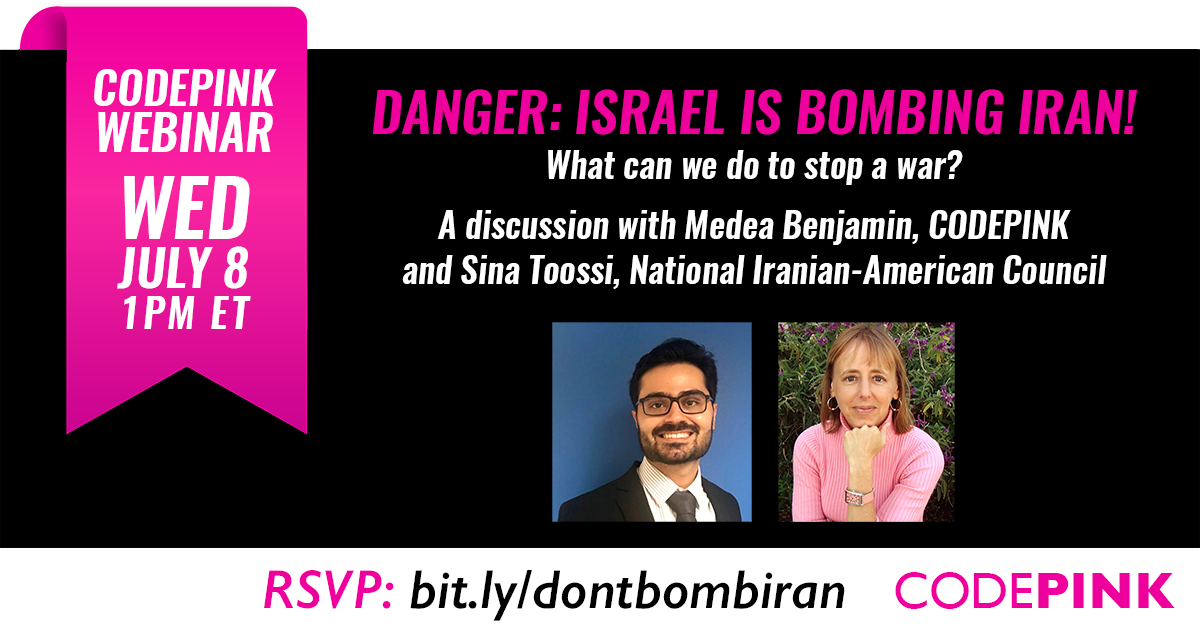 The explosion at the Natanz nuclear facility was the third incident of its kind in Iran recently. There was also an explosion near the Iranian Parchin military site in northeast Tehran and a fire at a Tehran medical clinic that killed 19 people. A Middle Eastern intelligence official told the New York Times that Israel was behind the Natanz attack — Israel has not denied it — and it is possible that Israel was behind the two other recent explosions as well. Iran says that they have and will soon release the details of what happened at Natanz, but one thing already seems to be clear: despite the COVID-19 pandemic raging throughout the world, Israel seems hell-bent on war.

Trump (and other U.S. presidents before him) have sent Israel the message that if they go to war — even a war that they outright provoke — the massive U.S. war machine will back them. “If we think for a minute that the Trump administration isn’t ready and willing to go to war, think again,” Senator Udall stated upon introducing his amendment. On June 30, 2020, Brian Hook, the Trump administration’s Special Representative for Iran, affirmed that “The military option is always on the table.” “With this kind of continuing saber-rattling,” Udall said, “We must send a clear message to the president and his administration that initiating war against Iran is beyond the powers this president or any president holds.”

The Trump administration doesn’t actually have the sole power to go to war. In 1973 Congress passed The War Powers Act to limit the Executive branch’s power to drag the U.S. into an armed conflict. The War Powers Act states that a president can only commit the U.S. military to action abroad through a congressional declaration of war or "a national emergency created by attack upon the United States, its territories or possessions, or its armed forces."

Without the promise of U.S. military support, Netanyahu may think again about starting a war with Iran. Send a message right now to your Senators telling them to VOTE YES to include, in the 2021 NDAA, Tom Udall’s amendment to invoke the 1973 War Powers Act to prevent an unconstitutional U.S. war with Iran and join us tomorrow, July 8, at 1 PM ET for a discussion with NIAC’s Sina Toossi.