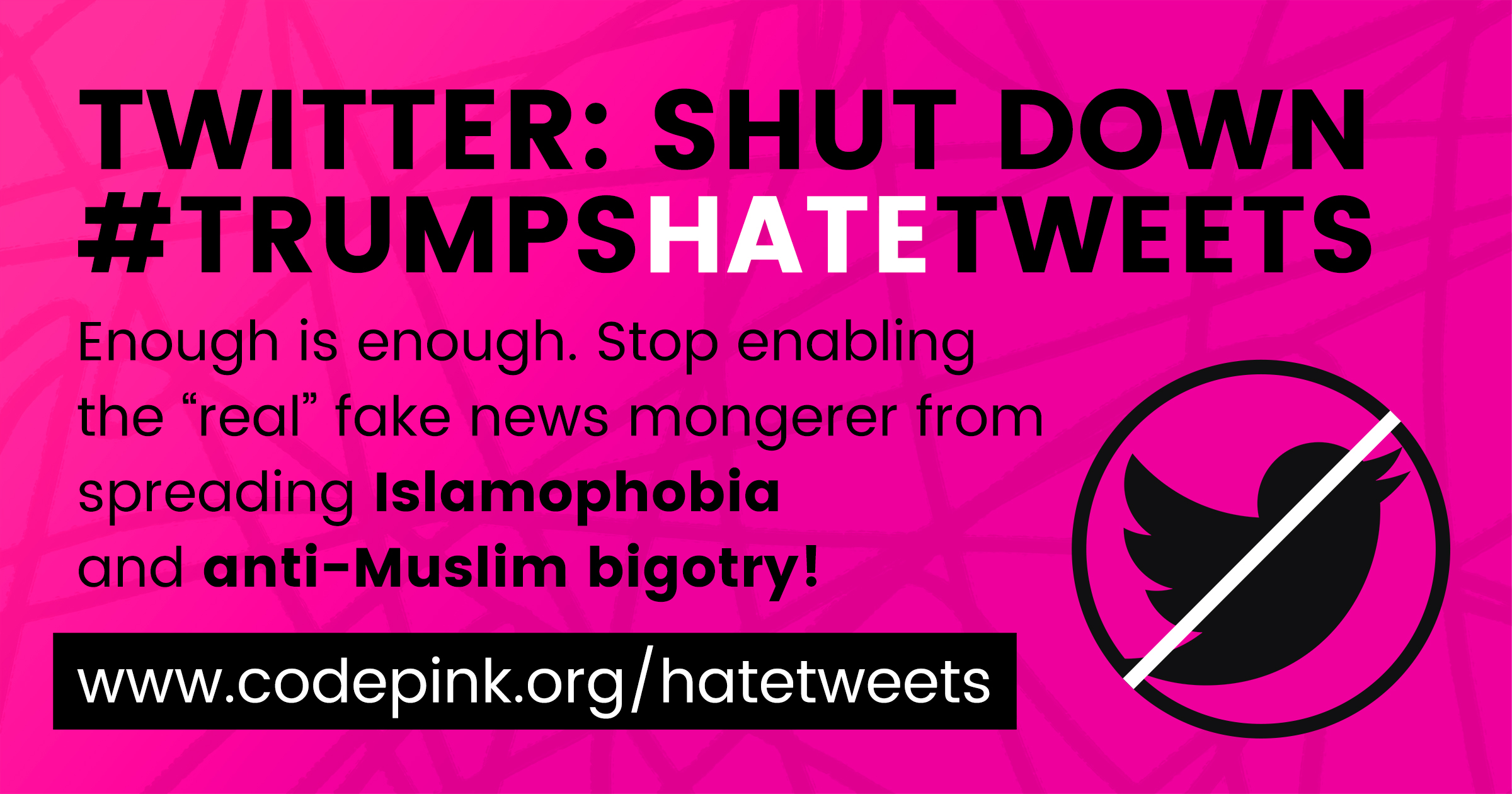 We have had enough of Trump’s hatred. Yesterday the racist-in-chief again took to Twitter to spread Islamophobia and anti-Muslim bigotry, retweeting three racist videos from the account of Jayda Fransen, a leader of the notorious neo-fascist group Britain First. Two of the videos depicted purportedly Muslim violent assaults and the third the smashing of a Virgin Mary statue by a supposed Muslim.

This isn't the first time that Trump has used Twitter to spread anti-Muslim hatred, but it should be the last! Join us to tell Twitter to shut down Trump’s account.

Trump has long been insinuating that immigration from Muslim-majority countries is a threat to European and US security. But this was a new level of incitement, even for him. Britain parliamentarians were appalled, calling Trump’s promotion of the far-right UK hate group “racist,” “fascist” and “evil.” Even Prime Minister Theresa May said it was “the wrong thing to do.”

Since taking office last January, Trump has been using his presidency to roll back rights and give a green light to hate groups. Much of this has been taking place on Twitter and the consequences have been grave. Mosques have been bombed and attacks against Muslims have increased dramatically.

Trump should not be able to use his presidency and his social media platform to spread hatred and promote violence. That is why we are telling Twitter to shutter his account.