Help us get under their skin 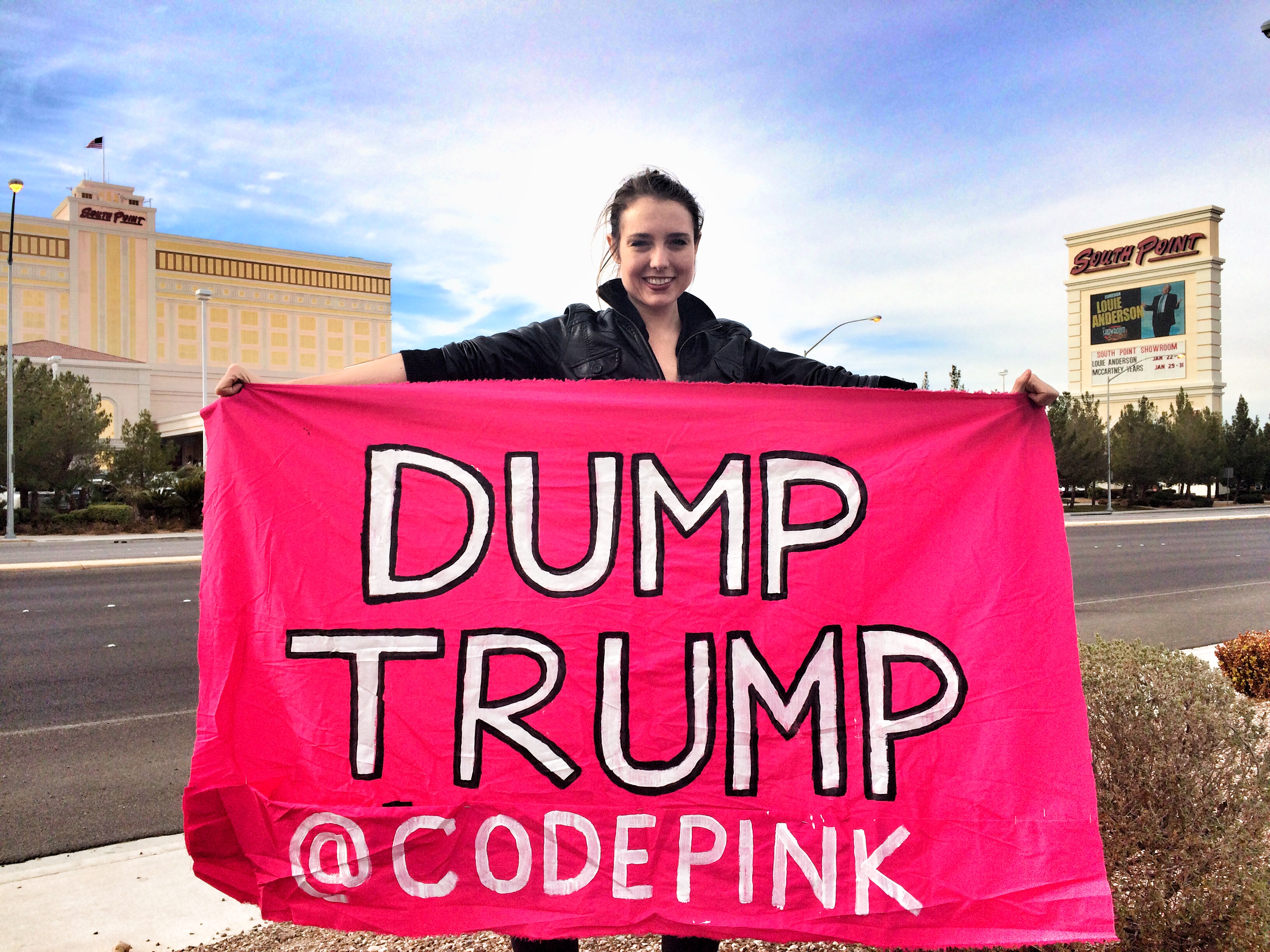 Whether it’s disrupting Donald Trump rallies with our message to “Stop Hate” or chanting outside Hillary Clinton rallies, shining a light on her ties to oppressive regimes and weapons manufacturers, or challenging Bernie Sanders over his misguided support for the $1 trillion F-35 war machine, CODEPINK is on the campaign trail demanding one thing: A President for Peace!

Today’s Super Tuesday contests may decide who the candidates are, but the road to November 8 is long. From the primaries to the conventions all the way to Election Day, we’ll be there, calling out the candidates and demanding that they adopt a Peace Platform. But we can’t do it without your help. Won’t you become a sustaining monthly donor with a gift of $5, $10 or $20 per month to ensure that we have the funds we need to take our message to the candidates?

On January 21st, 26 year old CODEPINK activist Chelsea Byers traveled to Las Vegas with our “Stop Hate” message for Donald Trump and the media that covers him. After 45 minutes of vitriolic hatred, she raised her banner and shouted, “Stop the hate, Donald Trump’s hatred incites violence and leads to war!” Trump shouted “get her out of here” and then called her a “young woman that doesn’t know… she’s lost”. She was pushed through the crowd by supporters who shoved signs in her face and punched her in the chest while supporters chanted, “Trump! Trump!” as loud as they could before security ejected her from the arena.

Young activists like Chelsea are ready, willing and able to get out on the front lines to challenge the hate-peddlers, war-mongers and bullies this elections season. But to support them, we need support from you. By giving a recurring monthly gift, you’ll be providing reliable funds we can count on as we make our plans for the major party conventions and beyond.

Make sure CODEPINK is on the front lines with a message of peace, all the way to election day, by becoming a sustaining monthly donor today!

Thank you for your support and all you do for peace,

P.S. The first 20 new sustaining donors – at any level – will receive a pink reusable tote as our thank you!