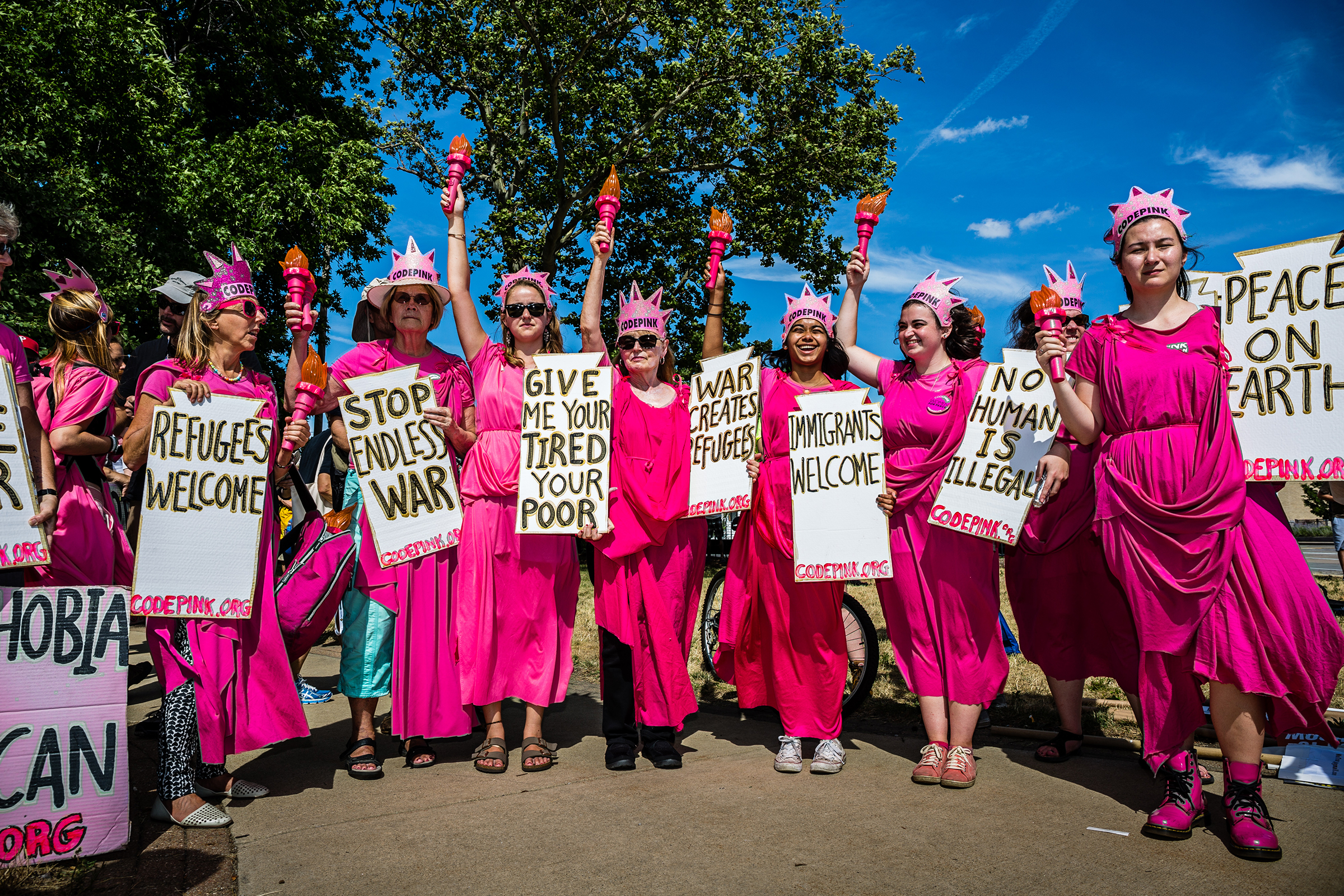 On Sunday, November 11 after the Veterans & Families Silent March to reclaim Armistice Day in DC, CODEPINKERS, join veterans and families of veterans on the Heart2Heart Tour, along with members of Military Families Speak Out, VFP, and allies. We will travel by train or vehicle caravan to the Constitution Center in Philadelphia, PA.

Stand up for peace this Armistice Day.  More than ever, the world faces a critical moment. Tensions are heightened around the world and the U.S. is engaged militarily in multiple countries, without an end in sight.  Here at home we have seen the increasing militarization of our police forces and brutal crackdowns on dissent and people’s uprisings against state power. We must press our government to end reckless military interventions that endanger the entire world. We must build a culture of peace.

We demand, Bring Back Armistice Day and Divest From War!

We will be wearing all black and carrying folded flags, as well as signage about the deaths, injuries, suicides, etc. of the wars in Iraq and Afghanistan.

We expect to arrive around 3:30/4:00, about an hour before the official ceremony (5:00 PM start) where Former V.P. Joe Biden will present this year’s #LibertyMedal award to former President George W. Bush and former First Lady Laura Bush for their commitment to veterans.

Heart2HeartTour leader and MFSO National Steering Committee member, Stacy Bannerman, author of Homefront 911, will attempt to give back the Freedom Medal she got from George W., an award given to the families whose loved ones were sent to a war based on lies.