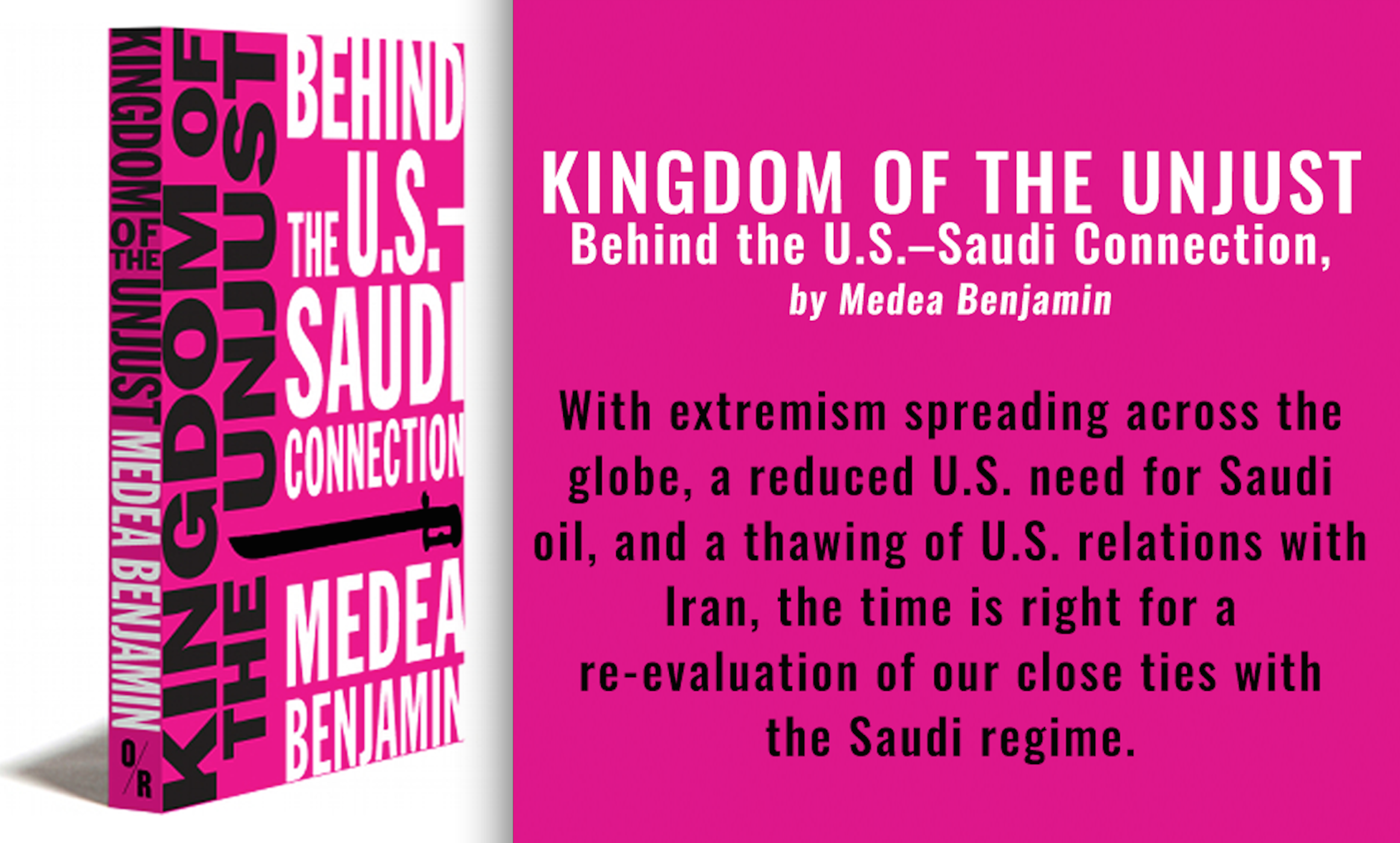 CODEPINK co-founder Medea Benjamin’s newest book Kingdom of the Unjust: Behind the U.S.-Saudi Connection is hot off the press and ready for purchase!

In seven succinct chapters, Kingdom of the Unjust explains the origin of the Saudi state; the internal repression of dissidents, migrants workers, women, non-Sunnis; and the toxic US-Saudi alliance that is based on the oil and weapons sales. It’s critical knowledge for anyone involved in the anti-war movement, as the U.S. ties to the Saudi regime guarantee that we stay in a state of perpetual war.

Individuals can purchase the book on the CODEPINK website. Groups/organizations interested in purchasing five copies or more can get a 50% discount—which makes the book only $9! Just email [email protected] or call (212) 514-6485 and let them know you want the want the “CODEPINK activist” price.

Bring Medea to speak in your area! Medea will also be traveling around the country for the next nine months on a book tour and campaign to cut US weapons sales to Saudi Arabia and support Saudi dissidents. If you are interested in bringing Medea to your community, email Martha at [email protected]!