No War, No Warming: Fund Our Future 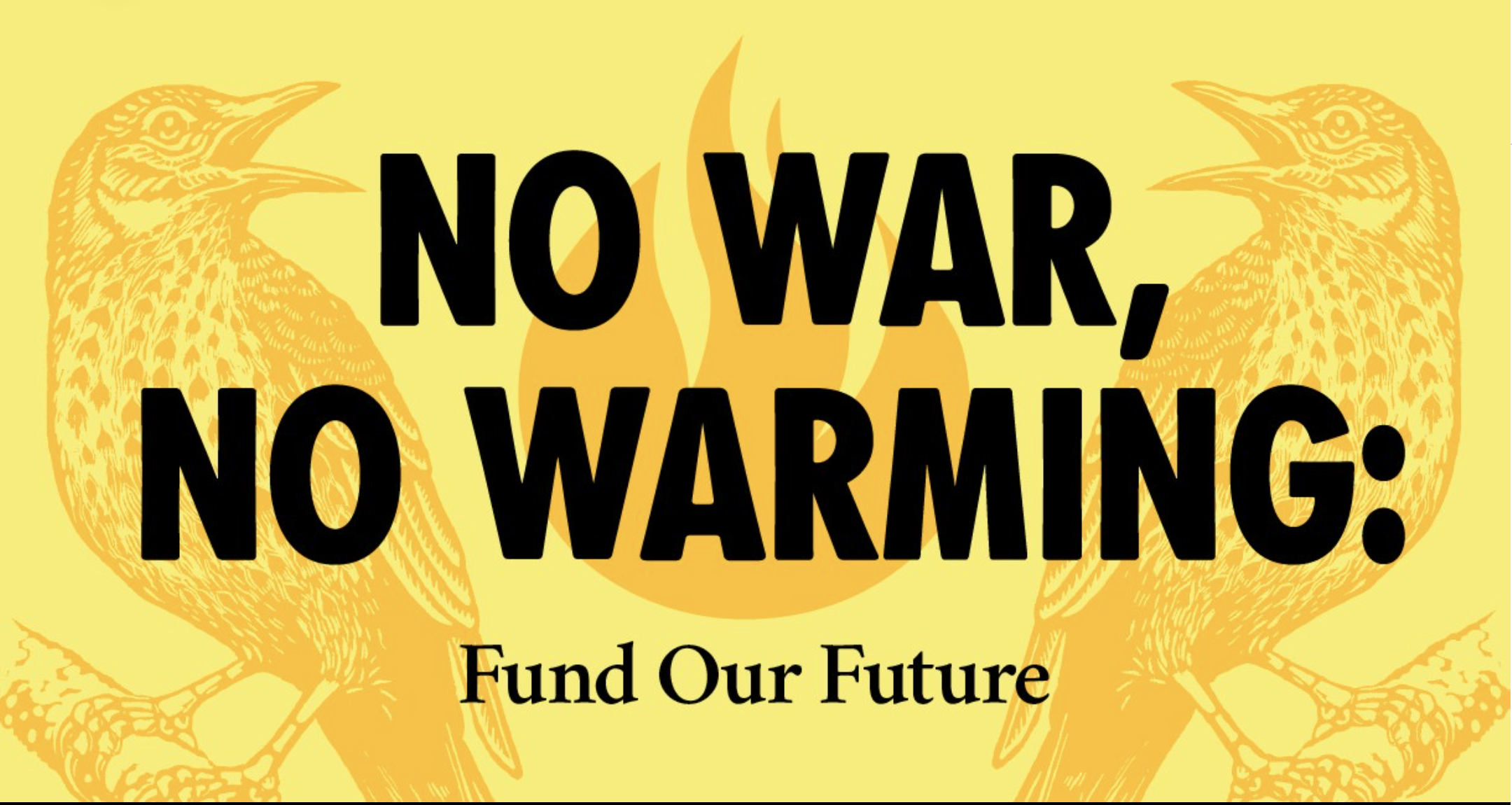 The climate and peace movements come together for a rally and short march in front of the IRS this tax day, April 18th, to demand that our tax money stop being used to fund endless war and environmental destruction.

The US Pentagon is the number one institutional consumer of oil on the planet. In order to maintain it's 800+ military bases around the world, the Pentagon alone produces more fossil fuel emissions than 140 other countries, COMBINED. We recognize that the people who are most often placed in harm’s way from armed conflict are also the people who have and will continue to face the brunt of the climate crisis.

In this moment, after two years of covid 19, our tax money should be funding social services that benefit the communities most impacted by the climate crisis and most affected by decades of systemic underfunding. The US has no problem dumping over half of its federal budget into policing the rest of the world through the Pentagon but refuses to cover the things people actually need. Join us to demand that our tax money stop fossil-fueling endless war, and start funding healthcare, green jobs and infrastructure, other climate adaptation measures, and housing.

We demand a liveable future.