From Palestine to Mexico: Expose their role 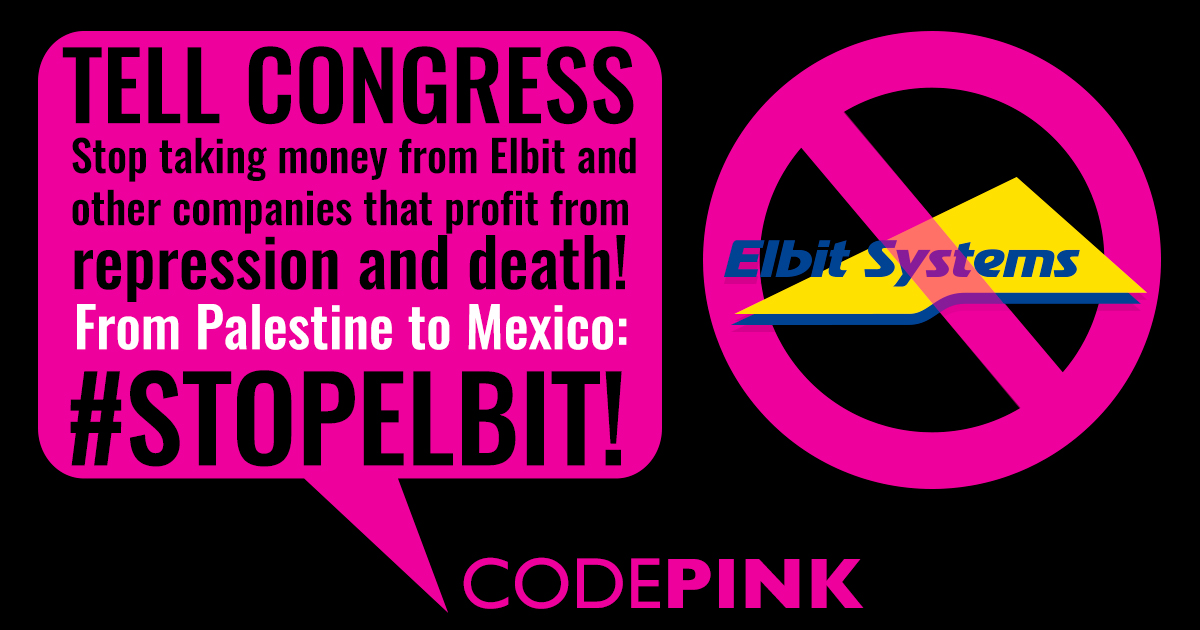 Last Friday marked the 30th consecutive week of protest by thousands of Palestinian women, men and children near the Gaza fence demanding their Right to Return to their homes and an end to the blockade of Gaza. In response, Israel doubled-down on their repression by sending tanks to the border to intimidate the protestors. 17-year-old Monetsir Mohammed Elbaz was shot and killed by Israeli sniper fire.

Elbit Systems, Israel’s largest weapons manufacturer, provides the technology for the surveillance drones that transmit the location of Great March of Return protesters to the Israeli snipers and provides radars for the F35 fighter jets that fly over Gaza.  Elbit is also cashing in on contracts with U.S. Customs and Border Protection to build surveillance towers along the U.S-Mexico border. From Palestine to Mexico, Elbit is responsible for death and repression. And on top of that, they are buying off Congress, too, in order to maintain support for their militarization agenda. Sign the petition calling on Congress to reject campaign contributions from Elbit and other weapons manufacturers.

While the peaceful gatherings have posed no security threat to the soldiers protected by armored jeeps beyond the barbed-wire fence, the IDF has killed more than 200 peaceful demonstrators and injured around 10,000 since the protests started on March 30, 2018. 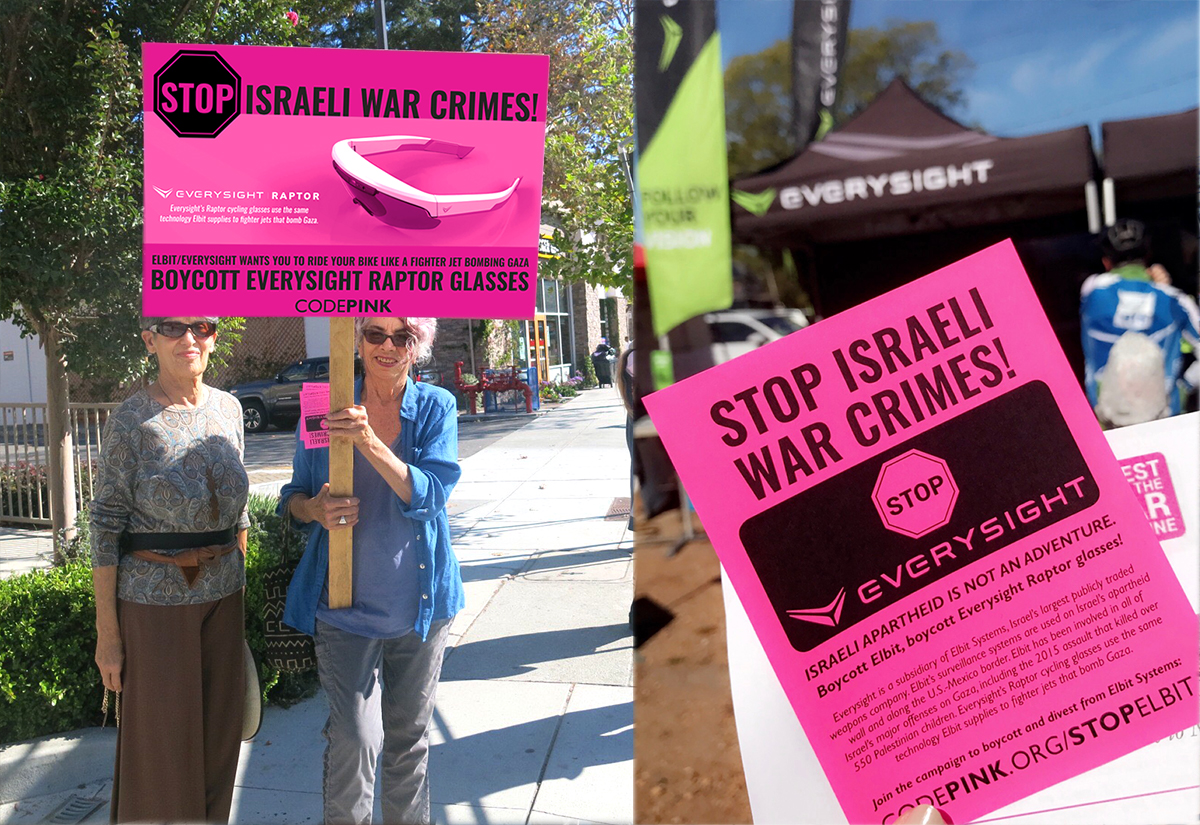 The campaign to expose Elbit’s role in death and repression from Palestine to Mexico is ramping up. This month, activists in Santa Cruz and Greenville showed up to protest Elbit at events in featuring Everysight, a subsidiary wholly owned by Elbit that sells goggles designed to let cyclists ride their bikes like F35 fighter pilots. We are putting Elbit on notice that wherever they go, we will be there to shine a light on their crimes. And we need YOU to help amplify the pressure on Congress members who have already taken a combined $70,000 in campaign contributions from Elbit in 2018.

Towards freedom,
Ariel, Ursula and the entire CODEPINK team