From Caracas: Coffee and a Movie 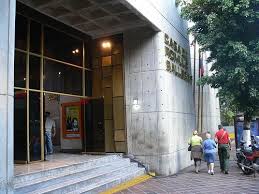 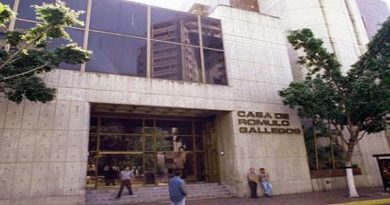 Teri Mattson is the Latin America campaigner for CODEPINK. She recently returned from an Embassy Protection Collective delegation to Venezuela. In March, she led an Anti-Sanctions Campaign delegation to Venezuela and remained through May. Her personal anecdotes are reflections of her experiences living among working class Venezuelans in urban and rural communities over the past 12 years.

I have traveled to Caracas enough times to have developed certain customs and rituals among my friends and cohorts living there. I find myself repeating these traditions each time I visit Venezuela.

Some of my most treasured outings are my visits to the El Celarg Cultural Center once only accessible to the wealthy and now available to all citizens. El Celarg screens award winning films at 4:00pm and again at 6:20pm on Saturday afternoons. Far from the glitzy consumerism of America’s Hollywood, these are independent films originally screened at festivals like Cannes and Sundance. I go to El Celarg with my dear friends Miguel and Rosario as many Saturdays as possible. We watch a 4:00pm movie followed by coffee and dessert at a modest, but charming, French pastelerilla. Miguel is of Puerto Rican descent born and raised in New York City. He worked for years as an interpreter at the United Nations and, upon retirement, became an ardent activist with the Puerto Rican Independence Movement while adopting Venezuela as his home. Rosario is Venezuelan by birth. She spent her entire adult career in the Venezuela Diplomat Corps beginning at the United Nations in New York City. Her final assignment awarded her the ambassadorship to Cuba. Rosario was the very first Venezuelan Ambassador to embrace Chavismo on the international stage. Miguel and Rosario met early in their careers at the UN. I love the Saturday afternoons I spend with these two.

The first time the three of us went to El Celarg, we viewed “Mystic River” one of my favorite films starring Sean Penn and one that garnered him an Oscar as Best Actor. On this occasion, a friend of Rosario’s arrived after the film started. She squeezed her way through the occupied seats of our row and sat next to me. Mystic River is an intense dramatic film, so there was no opportunity for whispering or chiding with one another for the next 2 1/2 hours.

Out on the sidewalk in the dusk of 6:30pm, we meandered to the car while critiquing the film; Rosario’s friend asked my opinion. I replied: "I love Sean Penn. This film is one of my favorites of his." The woman was aghast. She told me Sean Penn supported Hugo Chavez. How could I possibly like a Chavista supporting artist? She spit on the sidewalk, just missing my shoe, and stomped off shouting over her shoulder that she could never sit and enjoy coffee and dessert with someone like me. I became aware, once again, of Rosario’s role as diplomat. For years she managed to safely navigate the complexities of this particular friendship, despite she being Chavista and the friend being opposition. I'm afraid my affinity for Sean Penn's acting ruptured whatever detente existed between the two women.

On my most recent visit, the three of us watched the 6:20 screening of Aquarius, an award-winning Brazilian film about the last resident of the Aquarius apartment building who refuses to sell her home to a construction company that intends to replace it with a new edifice: an appropriate anti-capitalist theme for our little group. The film’s dialogue was Portuguese with Spanish subtitles; I managed just fine. Because we usually choose the early screening, Miguel and Rosario met me for coffee and dessert before the film instead of after. For logistical ease, we selected the coffee bar in the lobby of the cultural center. Rosario went to the counter to place an order. She returned with two coffees and two pastries.

While our afternoons together are, in a way, similar to a day among comrades in the States, my Venezuelan friends, as well as many of their countrymen, face significant challenges bringing normalcy and joy into their lives. Miguel and Rosario are in their 80s. They are retirees living in Venezuela on pensions paid in Bolivars. Their purchasing power is diminished these days because of inflation and the expense of buying imported necessities with limited accessibility due to US unilateral sanctions. The price of their groceries and other essentials is also heavily manipulated by the private businesses that control almost 80% of the economy. But, still, as customary in Venezuela, Rosario and Miguel manage to enjoy friends and culture. For me, the weight of the economic crisis on their lives is visible through many small details. Their trousers are baggy in the seat. A belt does not fully cinch the waist of the khakis Miguel wears. A knit top hangs on Rosario’s thin female frame. And, yet, my friends maintain a qualitative level of pride, sophistication and elegance.

As she stood by our table, Rosario handed me one coffee and one dessert. She and Miguel shared the second order. For me to buy the third, muchless all, would have been an insult. Despite sanctions, despite inflation, despite power outages and the threat of US invasion, my friends would never fail to offer me, the guest, their very best.