Fire and fury? Hell no! 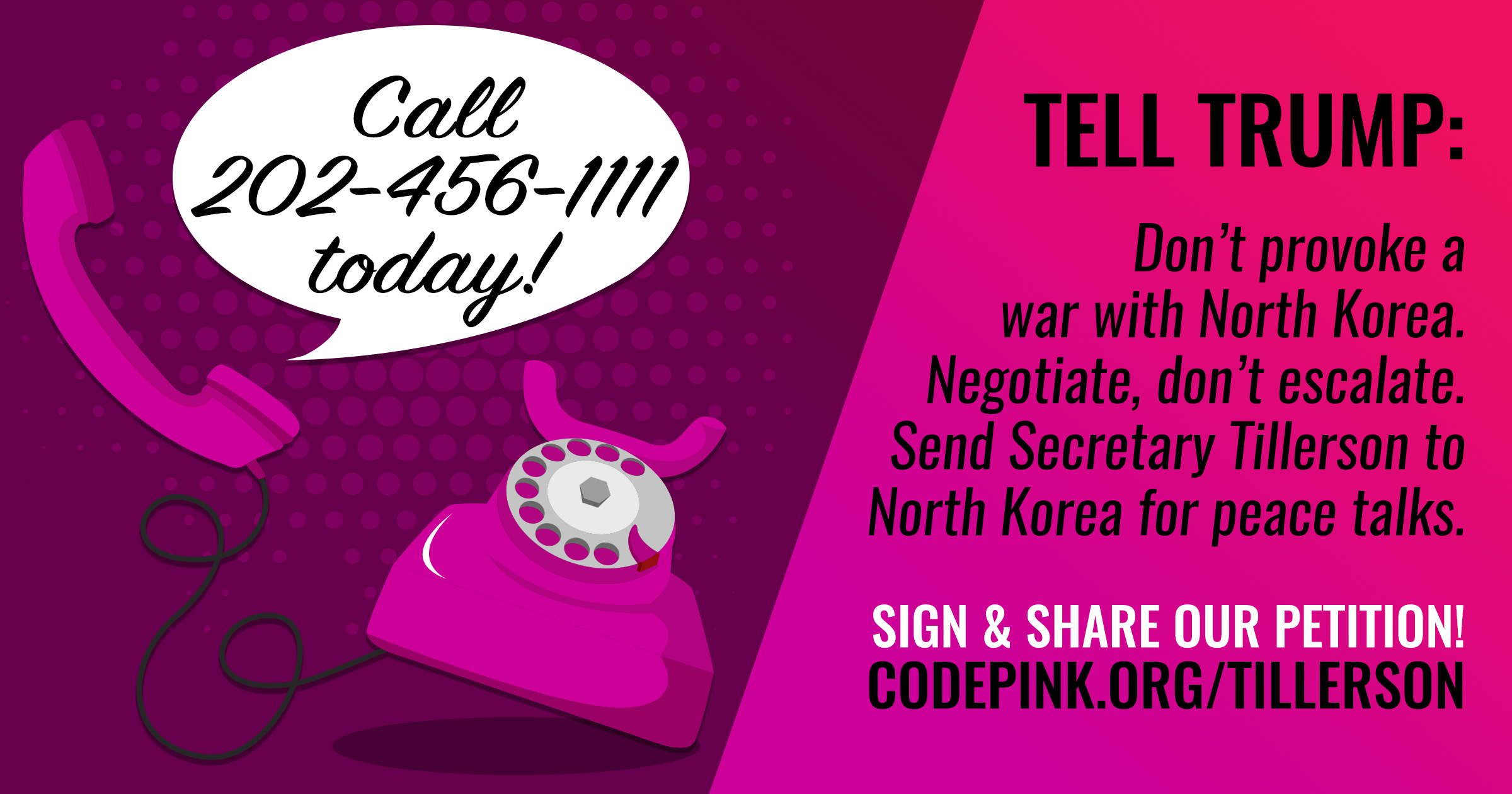 Donald Trump’s belligerent threats to unleash “fire and fury” against North Korea is a reckless escalation of an already dangerous situation. We need to flood the White House with calls saying: “Don’t provoke a war with North Korea. Negotiate, don’t escalate.” Call 202-456-1111between 9am-4pm EST.

If you are in the DC area, you can also join us anytime during our 24-hour emergency White House vigil from 5:00 pm today, August 6, till 6:00 pm tomorrow, August 7.

You can also sign our petition telling President Trump to send Secretary of State Rex Tillerson to North Korea for peace talks.

There is an urgent need to break the cycle of threats. U.S. military and economic pressure on North Korea, including a new round of stringent sanctions, provocative war games, and deployment of the THAAD missile system in South Korea, will not achieve peace. Instead, Trump’s threats of military intervention put the Korean Peninsula in danger of nuclear war.

Sixty percent of Americans, regardless of political affiliation, support direct negotiations between Washington and Pyongyang. Both President Moon of South Korea and Secretary of State Tillerson have called for negotiations.Tillerson recently said: “We would like to sit down and have a dialogue with them.” This is very different from the bluster of President Trump.

Diplomacy has worked to defuse the nuclear conflict in Iran. It can work in North Korea as well. Tell Donald Trump that negotiations are the only solution and he should dispatch Secretary of State Rex Tillerson to begin talks immediately. The world cannot risk a nuclear confrontation.