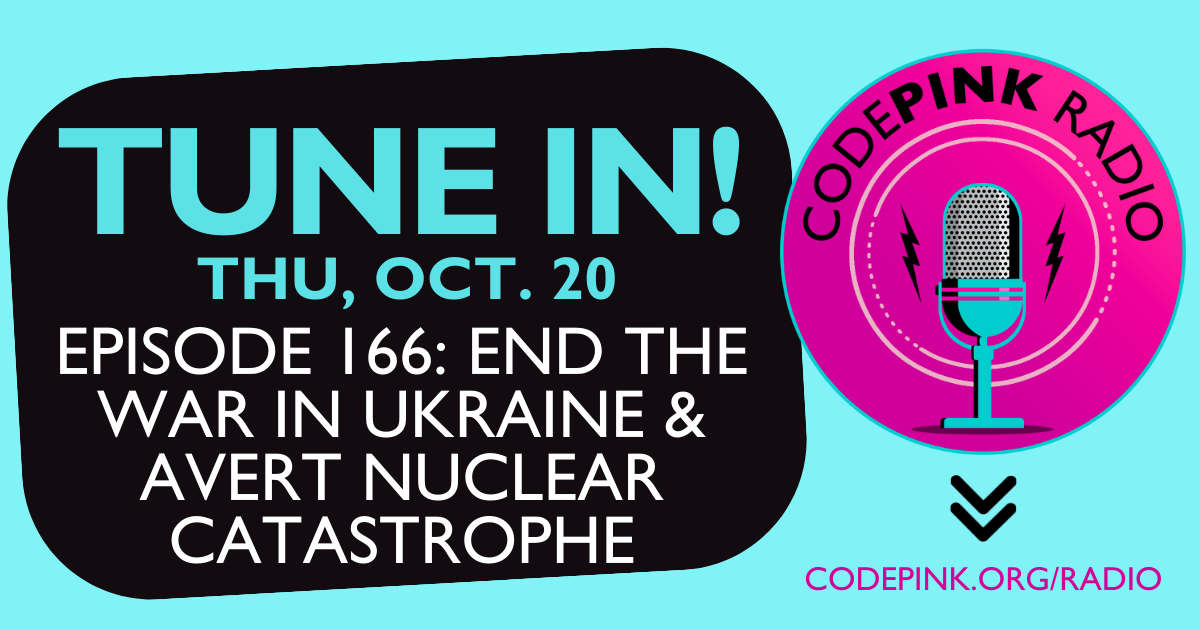 Episode 166: End the War in Ukraine & Avert Nuclear Catastrophe: Co-authors Medea Benjamin and Nicolas J.S. Davies discuss their new book, "War in Ukraine: Making Sense of a Senseless Conflict" on Democracy Now and CODEPINK Congress, followed by interviews with World Beyond War's Alice Slater on NATO vs. the Treaty on the Prohibition of Nuclear Weapons and RootsAction's Norman Soloman on the Defuse Nuclear War Campaign. 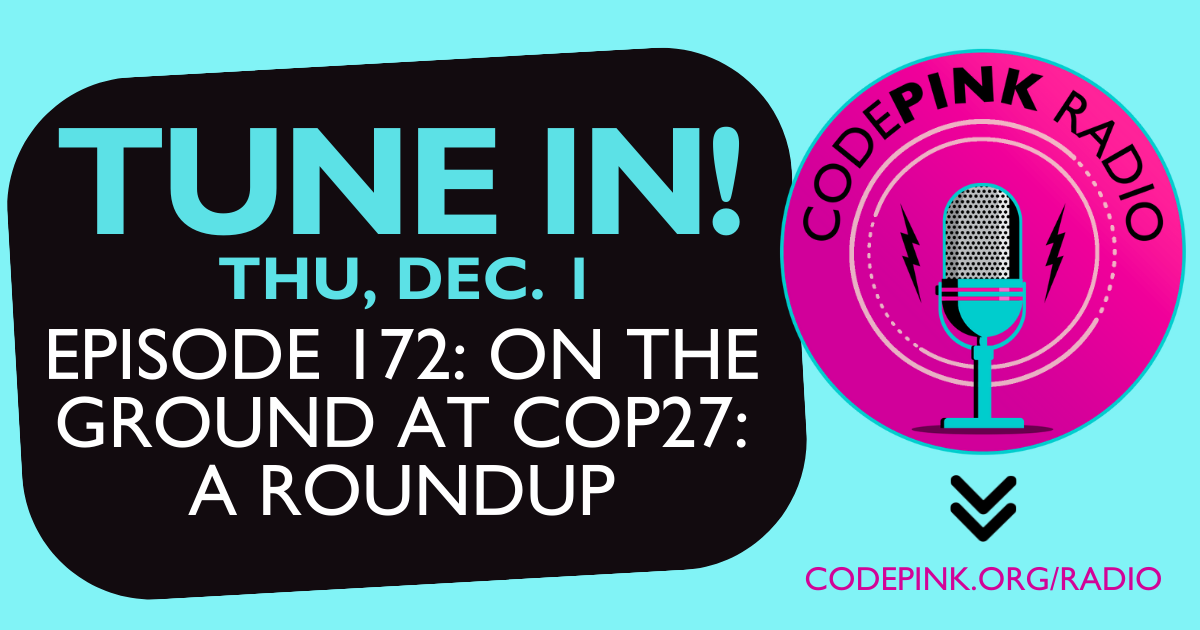 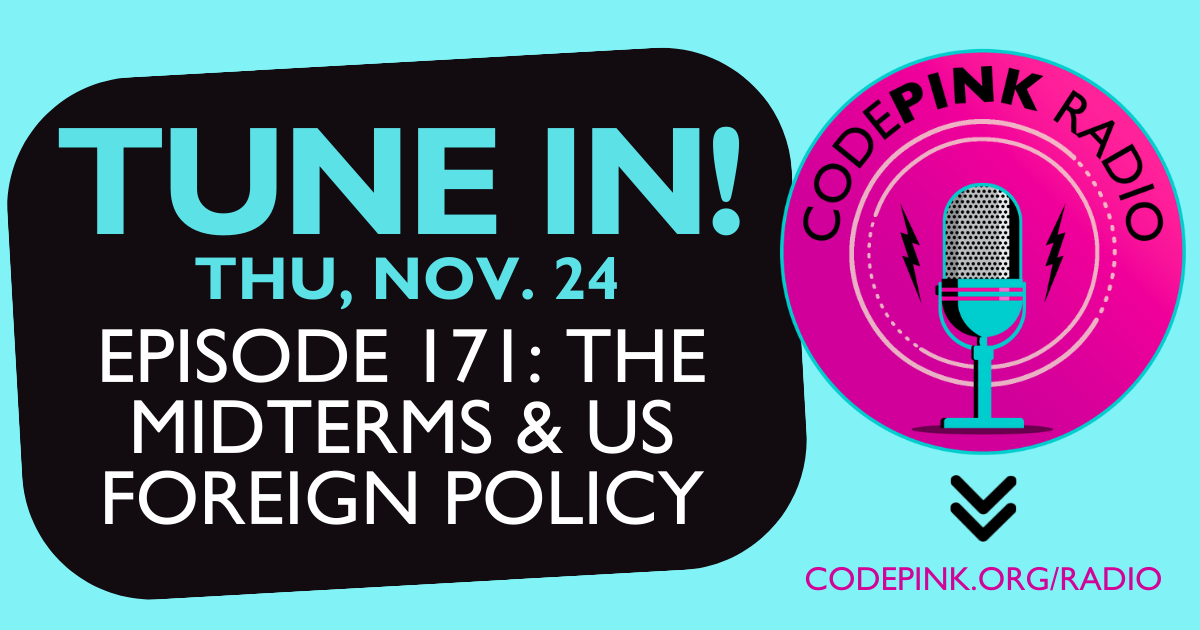 In this episode of CODEPINK Radio, we... 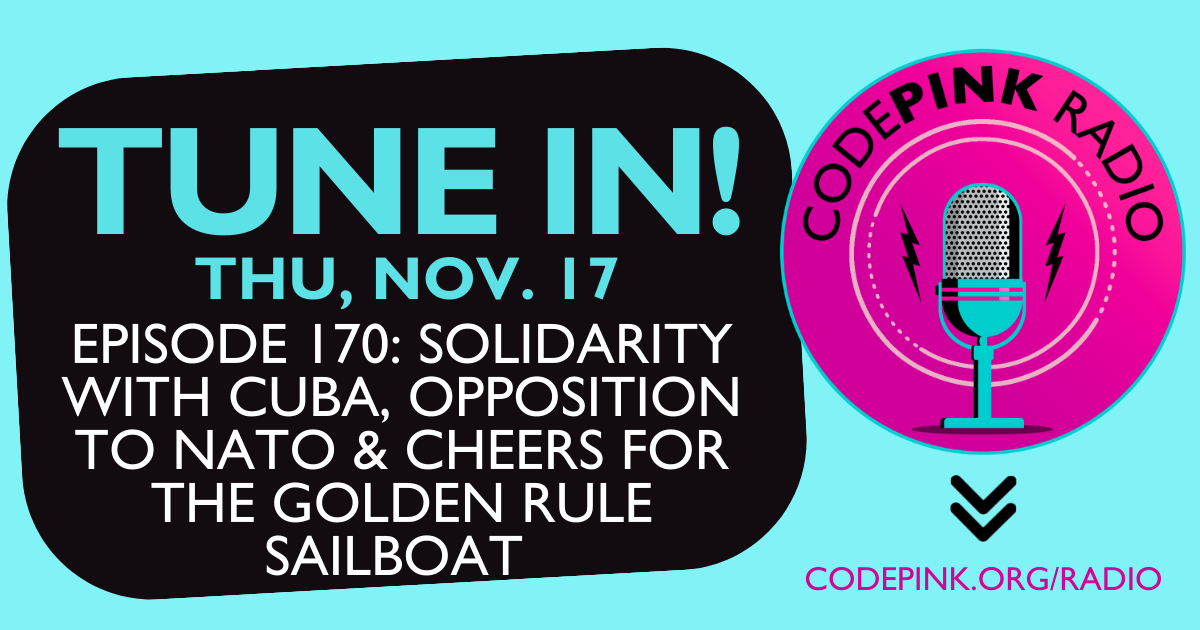 Episode 170: Solidarity with Cuba, Opposition to NATO & Cheers for The Golden Rule Sailboat

Episode 170: Solidarity with Cuba, Opposition to... 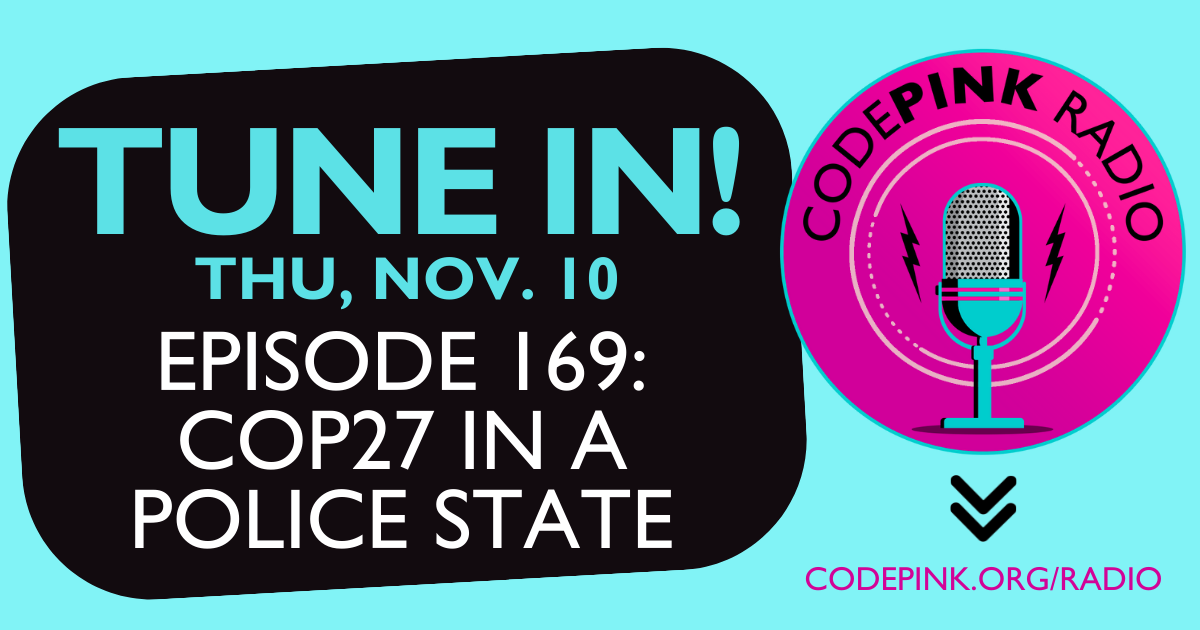