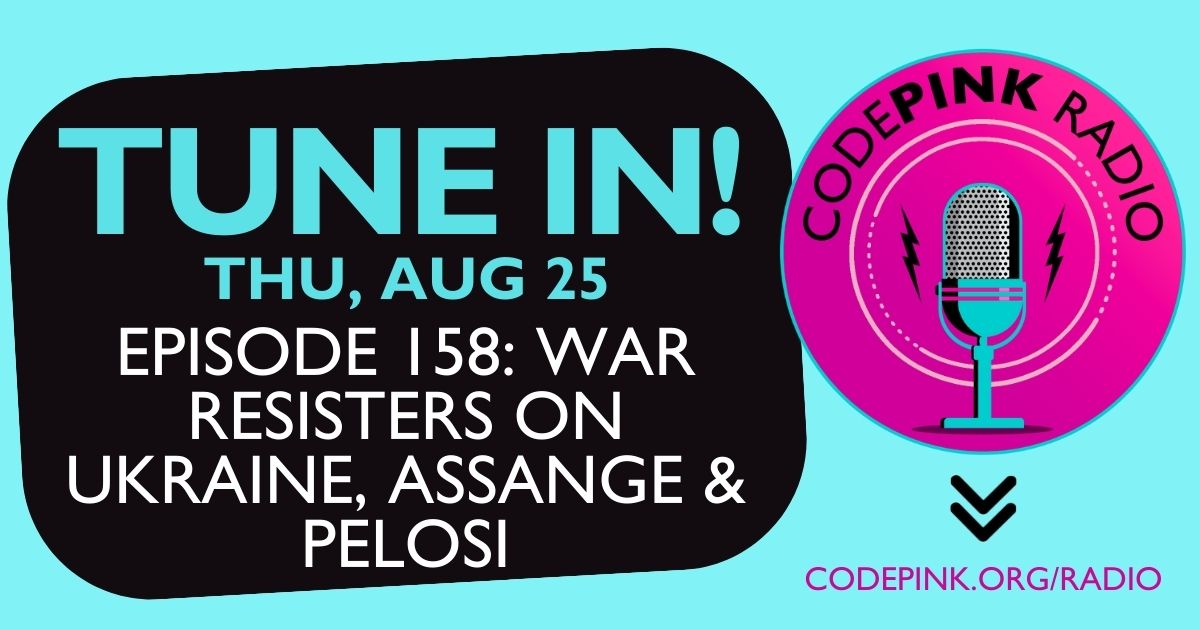 Episode 158: War Resisters on Ukraine, Assange & Pelosi: On this episode, Marcy Winograd Interviews Bert Knorr of the International Committee of Democratic Socialists of America about the Peace In Ukraine Coalition, which also includes CODEPINK and Veterans for Peace. Learn about the coalition's call for a ceasefire in Ukraine and their Week of Action September 12-15. Their mantra? Billions for climate, health care and housing--not more weapons to escalate a US proxy war! Next, Marcy takes us to a press conference where lawyers for imprisoned whistleblower Julian Assange demand the US government drop extradition orders in light of the CIA's illegal spying at the Ecuadorian embassy. From spying to war games to anti-war protests, CODEPINK Radio zeroes in on the Center for a New American Security gaming for a war with China and the push-back from war resisters protesting House speaker Nancy Pelosi's trip to Taiwan.