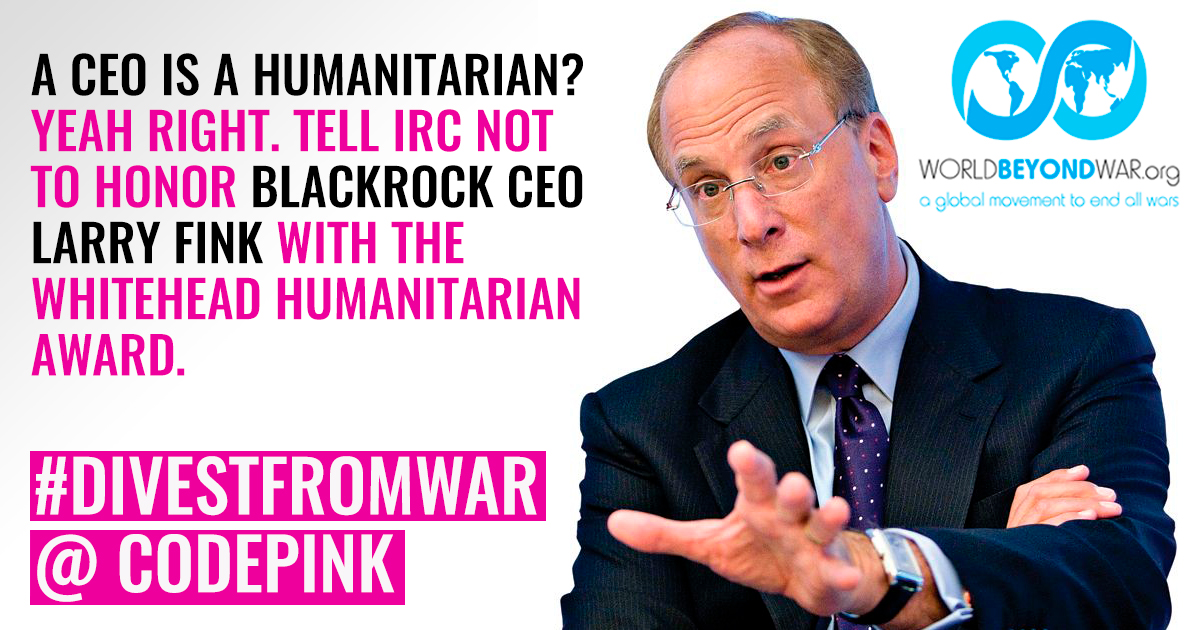 CODEPINK and World BEYOND War are teaming up to urge David Miliband, CEO of the International Rescue Committee (IRC) to rescind its John C. Whitehead Humanitarian Award to BlackRock CEO Laurence D. Fink.

The IRC is known throughout the globe for its outstanding support to migrants and refugees; however, the humanitarian organization is currently dead set on honoring war profiteer Larry Fink at its November Rescue Gala in New York City.

Send David Miliband and message and tell him: there is nothing humanitarian about profiting from weapons sales.

Weapons manufacturer General Dynamics is a prime example of a company making a big profit from incarcerated migrant children at U.S. detention camps. These companies do not promote a humane and compassionate world, which is why we have been calling on BlackRock to divest its assets from weapons and warfare.

It is through the work of the IRC that refugees are able to gain a foothold in their host countries. Honoring Mr. Fink with a humanitarian award directly contradicts the mission and vision of the International Rescue Committee.

Tell David Miliband not to honor anyone who is making a killing on killing.

For a better world for migrants and refugees,
Nancy Mancias, CODEPINK
Great Zarro, World BEYOND War