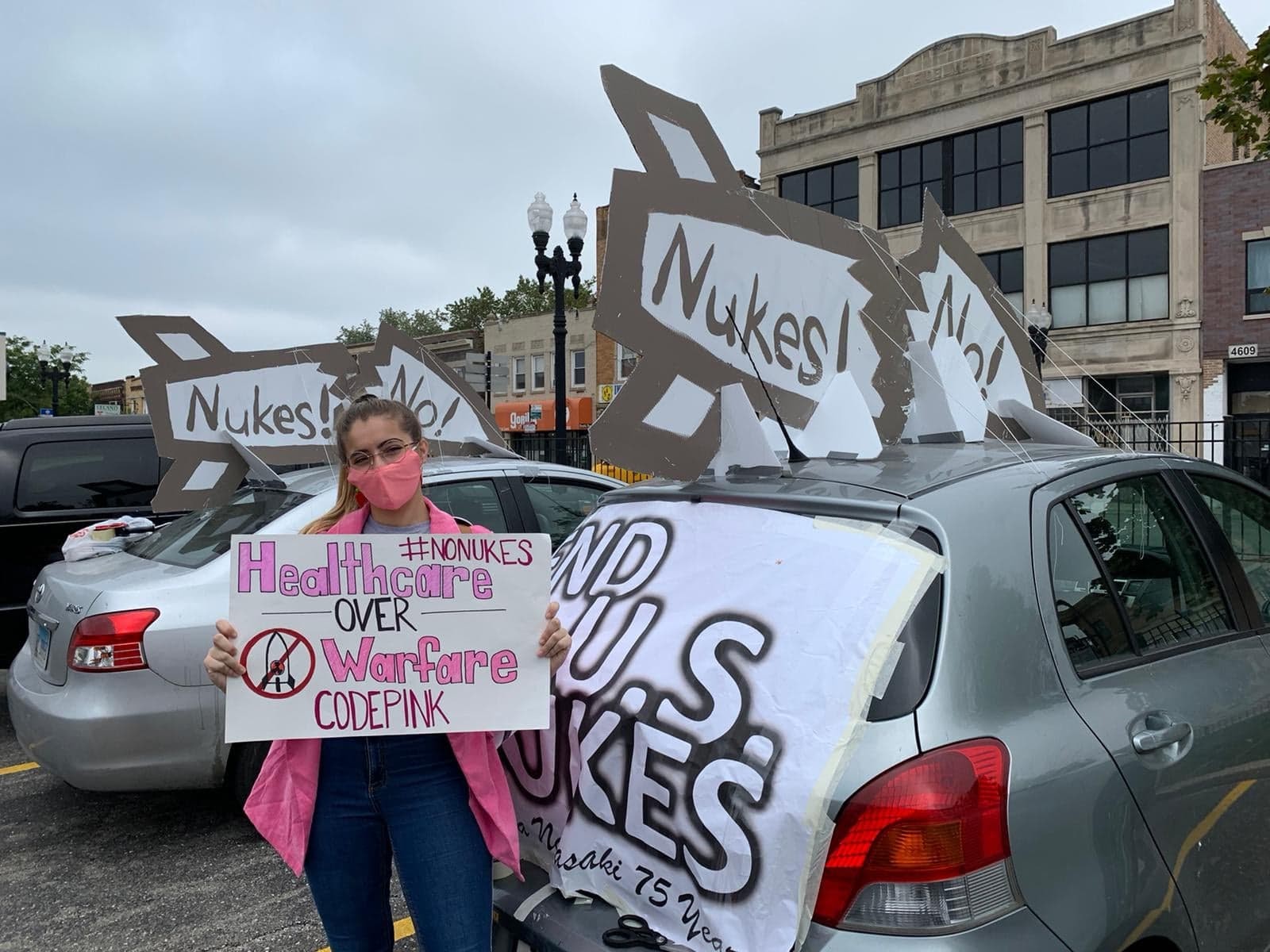 On September 26, CODEPINK joined with allies to commemorate the International Day to Eliminate Nuclear Weapons around the country including Chicago which you can read more about here.

Building on this momentum, join us on Tuesday, October 27 for a meeting with the Divest Chicago From the War Machine campaign so that you can help be part of ending Chicago’s relationship with weapons manufacturers. Hear the progress that’s been done with the campaign so far and help plot the next steps forward.

On Tuesday, October 27, join the Divest From the War Machine Campaign for a meeting to help plan how to divest Chicago from weapons manufacturers!