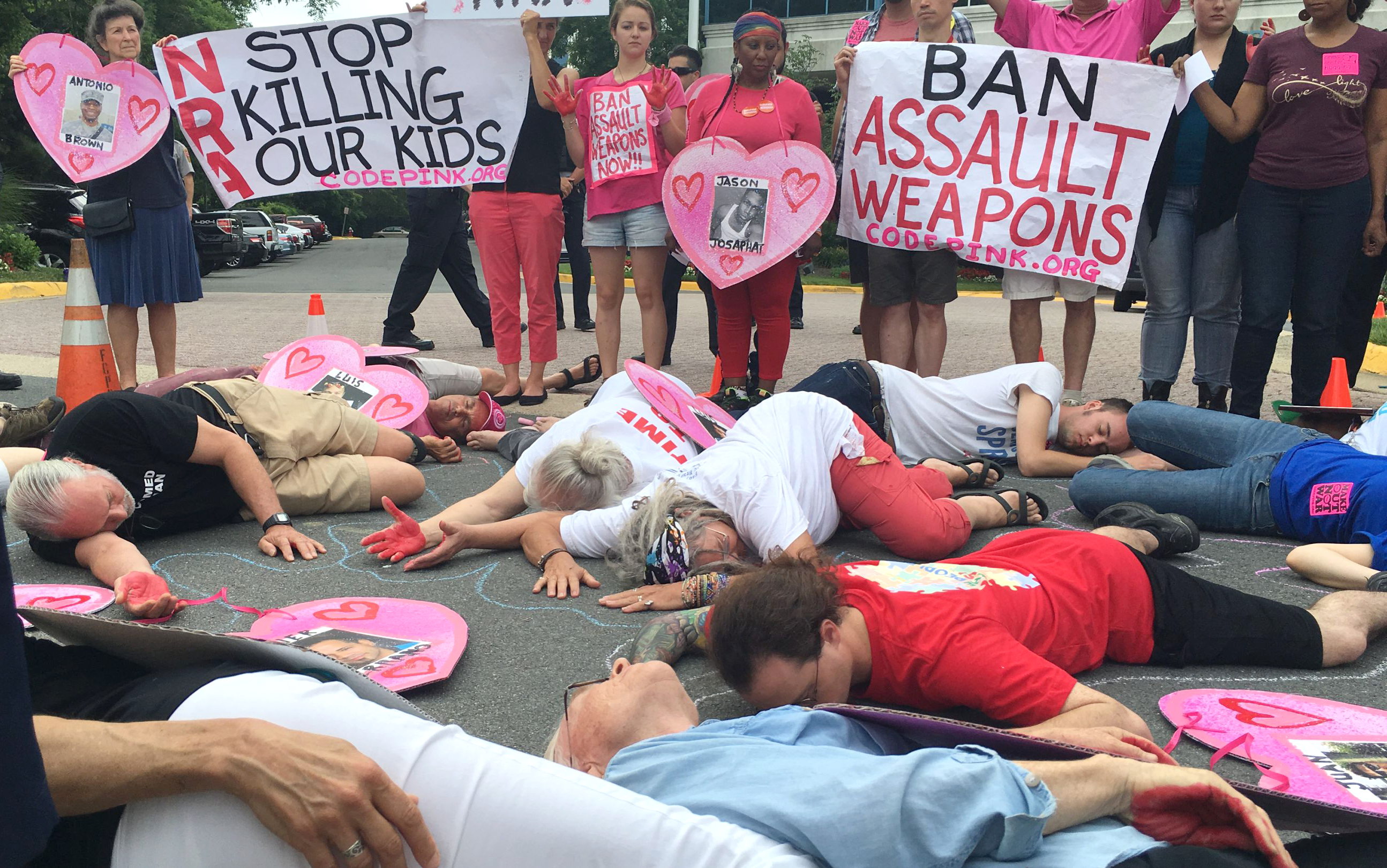 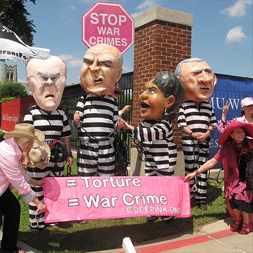 CODEPINK for Peace is a grassroots peace and social justice movement that was founded in November 2002 as a women's peace vigil outside the White House. The name CODEPINK was chosen as a response to the Department of Homeland Security's color-coded advisory system.

CODEPINK employs a variety of tools and techniques for working towards positive social change, and we are well-known for our use of direct action and street theater.

Direct action is a political tactic of confrontation and sometimes-illegal disruption intended to attract and arouse public awareness and action. The Montgomery Bus Boycott in 1955 was an example of direct action that was successful in ending seating segregation on public buses.

Street theater, sometimes called Guerilla Theater, involves the acting out of a social issue in a public space—that could be in a park, on the street or in a subway car. It is a form of direct action. There are a number of street theater groups, among them CODEPINK, the Billionaires for Bush, Greene Dragon, Reverend Billy and the Church of Stop Shopping. CODEPINK is in a proud tradition of popular, satirical protest of the powers-that-be.

Civil disobedience, which is another form of direct action, involves the nonviolent act of breaking the law to call attention to a particular law or set of laws that some people think are immoral or questionable. An example of civil disobedience from the Civil Rights Movement was the “sit-in” campaign by African-American students in the south. The students would sit at Whites Only lunch counters, trying to show that it was wrong to have a law enforcing that kind of segregated seating. They would remain in their seats, in effect breaking the law, until the police were called in to drag them out. 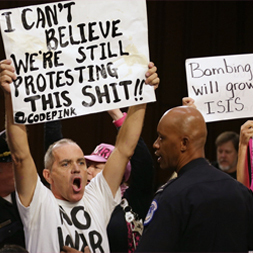 You know the old expression, “The squeaky wheel gets the grease?” Using direct action is a way of being a very squeaky wheel.

Huge media conglomerates control most of the information we see and hear about the world. Corporate-owned television outlets show us for the most part the version of reality that the current government and its corporate cronies, want us to see.

Direct action and street theater are ways to try to break through this control. A couple of dozen women dressed in pink, holding dolls wrapped in red-stained blankets and carrying a coffin show up in front of Donald Rumsfeld's house in Washington, D.C. and it might show up on the evening news. Medea Benjamin, dressed all in pink, stands up on her seat at the Republican National Convention during President Bush's acceptance speech. She is holding a banner and shouting END THE OCCUPATION NOW. The police come, pull her from her chair, and hustle her out of the auditorium. You might see only a flash of this on CNN, but a Pakistani taxi driver told me he had seen the whole “fight”, as he called it, on the nightly Pakistani cable news. When I told him that Medea Benjamin was in the back seat of his taxi he turned around to her and said, “You are a great lady.”

We believe that direct action works. A study on environmental activism by sociologist Jon Agnone showed that chaining yourself to a bulldozer and throwing paint over company executives is more likely to influence environmental policy than lobbying on Capitol Hill. And beyond having a direct influence on legislation, we believe that our street actions have an impact on our communities. It's about educating people. It's about making an alternative version of reality visible on the streets and on the news. We're angry about what's going on; we're standing up for our beliefs and principles, and we're strengthening our movement and ourselves by working together. And often we're also having a great time.