Democrats must condemn the coup! 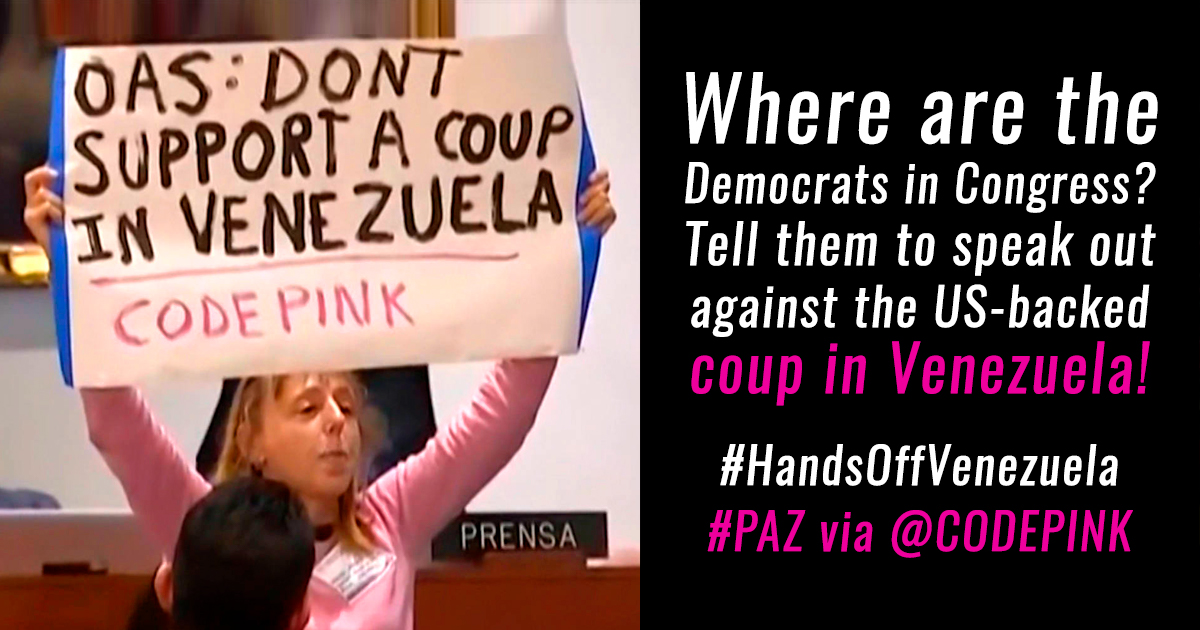 “A coup is not a democratic transition in Venezuela,” I said, as I interrupted Secretary of State Mike Pompeo at the Organization of American States on Thursday. “The U.S. has a long and sordid history of supporting coups in Latin America and they always turned out horrible for the people. Look at Guatemala in ‘53, Chile in ‘73, and Honduras today.”

We are seeing the results of past U.S. interventions in Latin America now, as refugees stream to the U.S. border. But rather than learning from the past — the Iraq war and other interventions in the Middle East have also led to extreme destabilization and refugee crises — the Trump administration is orchestrating another coup by recognizing opposition politician Juan Guaidó as the President of Venezuela.

During this grotesque show, with Trump imbuing himself with the power to decide the leader of a sovereign country, WHERE ARE THE DEMOCRATS? So far only a handful of them--Senator Sanders and Representatives Khanna, Gabbard, Ocasio-Cortez, Lee, and Omar—have spoken out against Trump’s policy, and some--such as Sen. Dick Durbin and Rep. Adam Schiff—have actually supported Trump. Send an urgent email now to the Democrats in Congress telling them to speak out against the U.S. orchestration of a coup in Venezuela — a coup that, if successful, could lead to a civil war.

The U.S. has been trying to overthrow the Maduro government in Venezuela for years (hint: Venezuela has the world’s largest oil reserves). U.S. economic sanctions have devastated the country's economy, creating a humanitarian crisis of food and medicine shortages, widespread poverty, and mass migration. 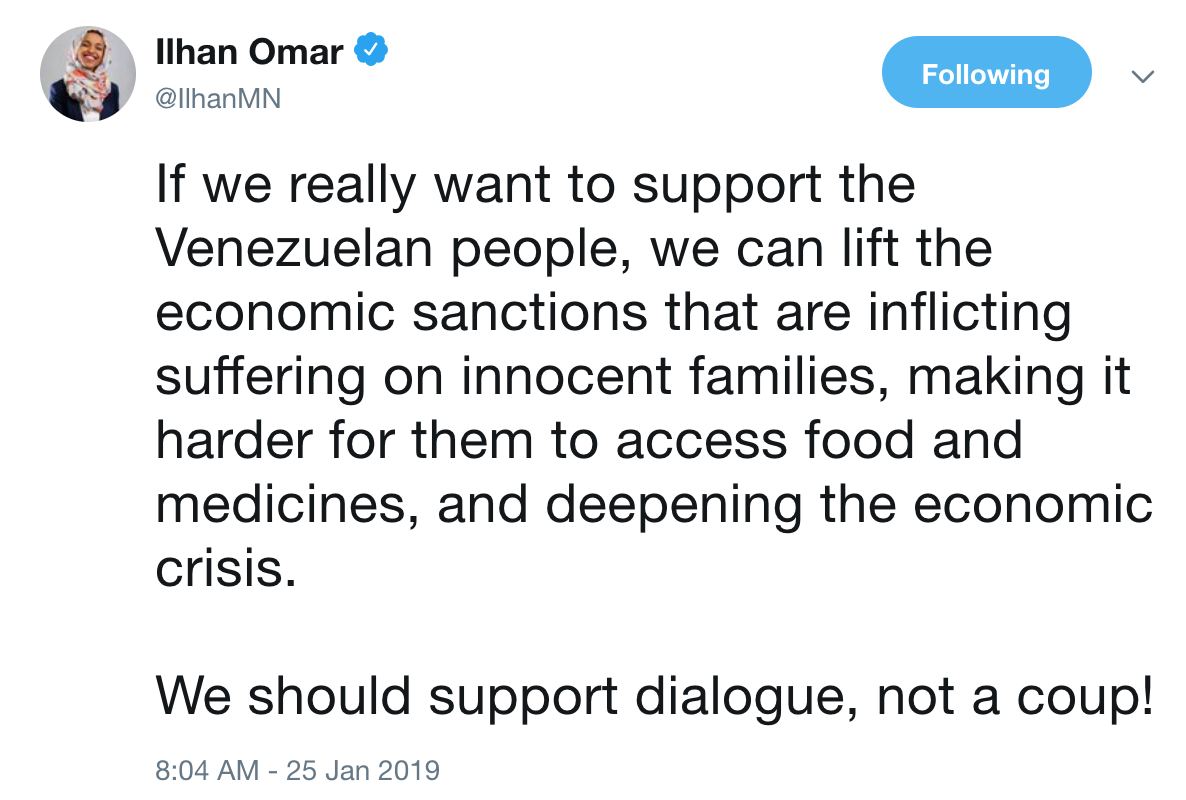 Send an email now telling all the Democrats to follow the lead of Omar, Ro Khanna, Gabbard, and Sanders.

Mexico and Uruguay have offered to facilitate talks, as has the Pope. Without that, Venezuela is barreling towards all-out civil war. It’s urgent that the Democrats — especially those outspoken about Russian interference in U.S. elections — not stay silent as the U.S. engages in another episode of meddling in the internal affairs of another country. As Rep. Tulsi Gabbard said,  “We don't want other countries to choose our leaders — so we have to stop trying to choose theirs.”

Tell the Democrats to speak out now!