Democracy Spring: Money Out of Politics! 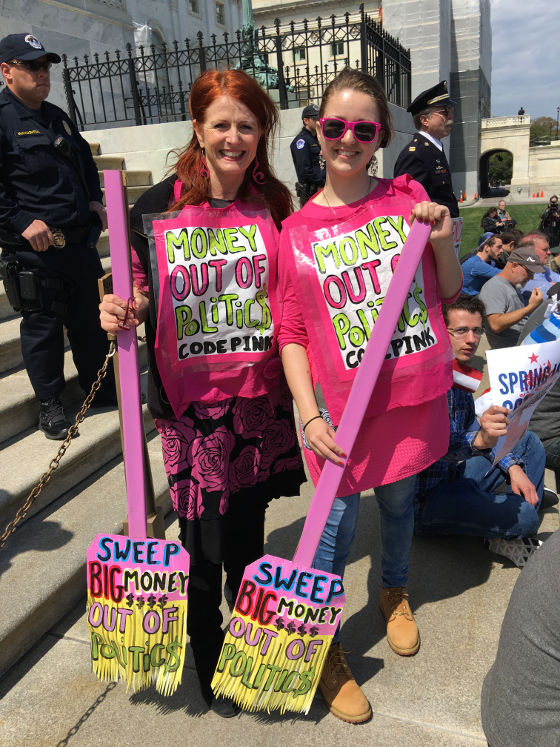 BREAKING: CODEPINK Co-Founder Jodie Evans and Intern Rebecca Green were just arrested in Washington, D.C. as part of the Democracy Spring protest against corporate money in politics! CODEPINK is at Democracy Spring to protest the huge political donations from weapons manufacturers and military services contractors that fuel the war machine. The sit-ins are ongoing and will be continuing all week.

Join us in calling on Congress to pass legislation that will end the corruption of big money in politics and ensure free & fair elections in which every American has an equal voice!

Corporate contributions and lobbying have lead the United States to spend more money on the military and advancement of war than any other nation. This happens while schools go unfunded, our infrastructure crumbles and social programs are woefully inadequate to meet the needs of our citizens. 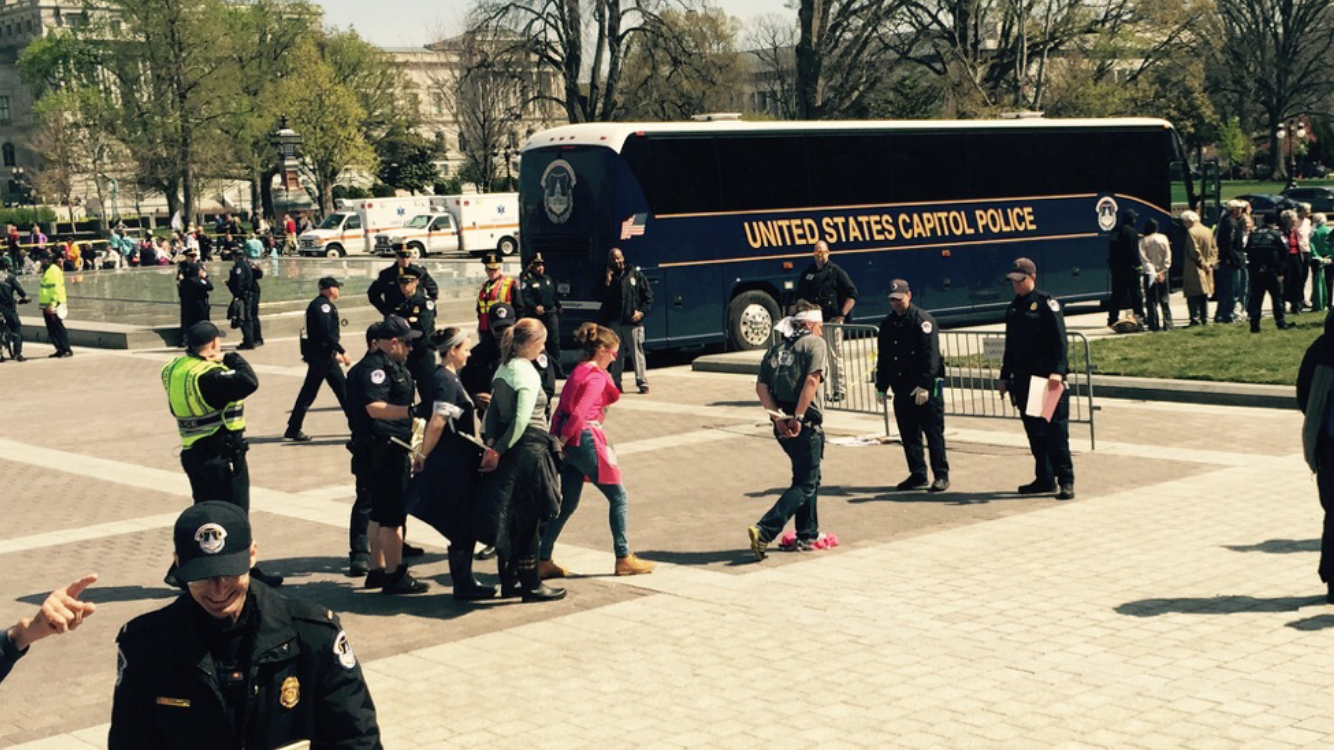 Just one Pentagon project, the failed and massively over-budget F-35 fighter project, has cost the same amount that it would take to pay for free college education for every American for the next 23 years! The final cost of the project is estimated to be $1.45 trillion - money that could be used to meet our needs here at home. 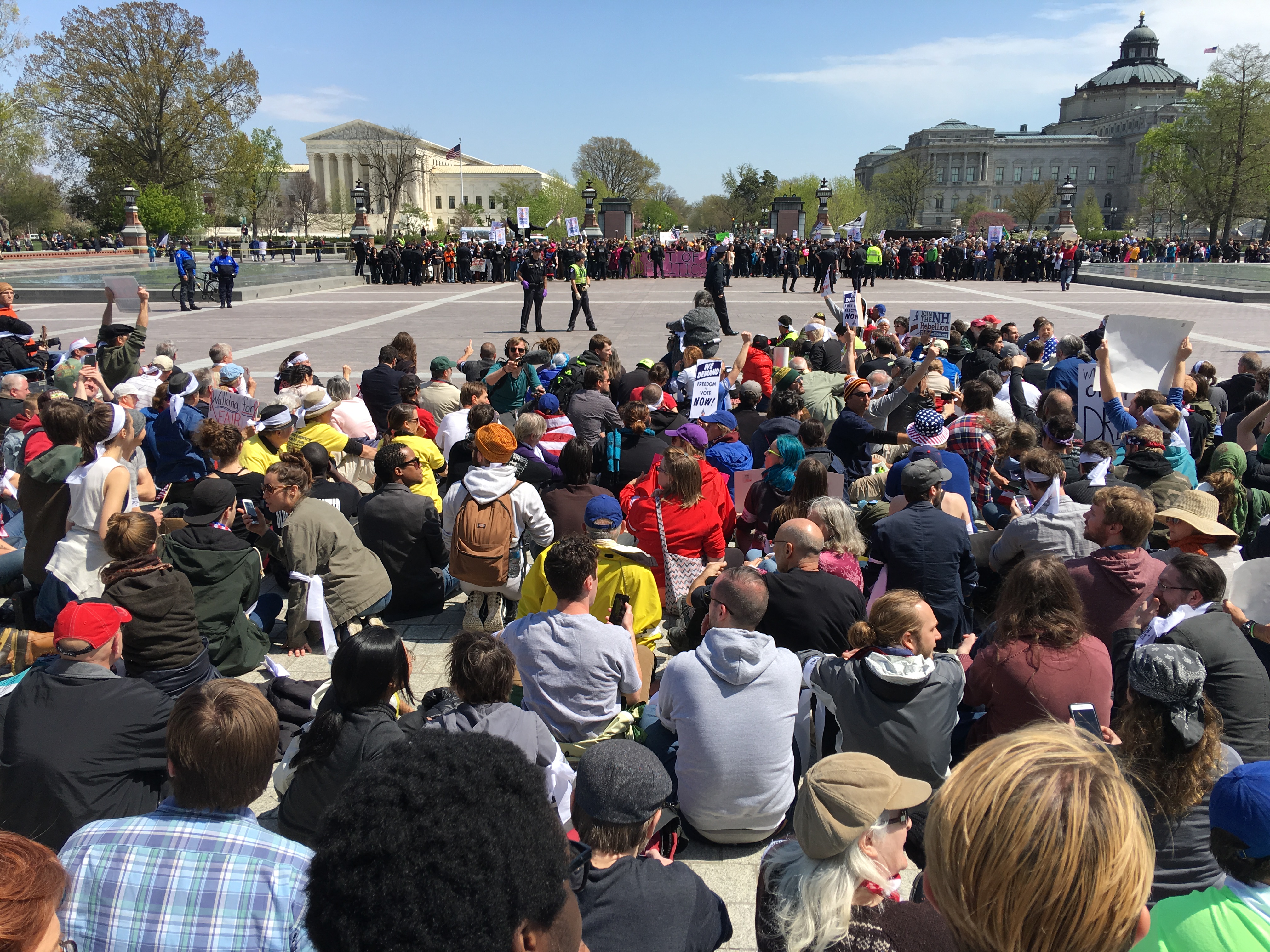 P.S. Show your support for getting money out of politics with a "Whipping Congress Into Shape" 3/4-sleeved shirt!