Rally to Boycott Elbit: Elbit Out of New Hampshire 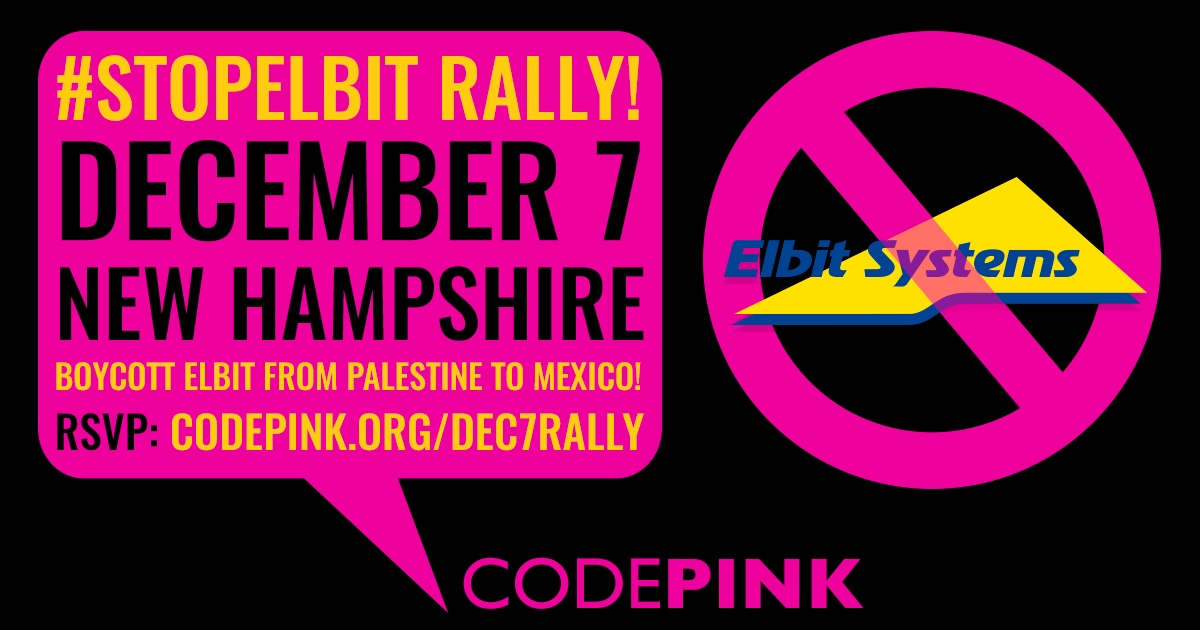 Elbit Systems is Israel’s largest weapons manufacturer. They provide technology for surveillance drones that transmit the location of activists at the Great March of Return in Gaza to Israeli snipers, and provide radars for F-35 fighter jets that fly over Gaza. Elbit’s drones have been used in all major Israeli assaults on Gaza. Elbit is also cashing in on contracts with U.S. Customs and Border Protection to build surveillance towers in the borderlands along the U.S-Mexico border leading to more dangerous conditions for migrants.

From Palestine to Mexico, Elbit is responsible for death and repression. On top of that, they are buying off Congress, too. In 2018, for instance, New Hampshire Senator Jeanne Shaheen received at least $5,500 from Elbit and a whopping $300,863 in total from military contractors.

Elbit has facilities, subsidiaries, and university partnerships throughout the United States.

On Friday, December 7, 2018, join us for a regional action outside the Elbit factory and corporate office in Merrimack, New Hampshire. Afterwards, we will deliver thousands of petition signatures calling on New Hampshire Senator Shaheen to stop accepting money from Elbit and all weapons manufacturers.

Join us to put Elbit and Congress on notice that their days of cashing in on violence around the world must come to an end.