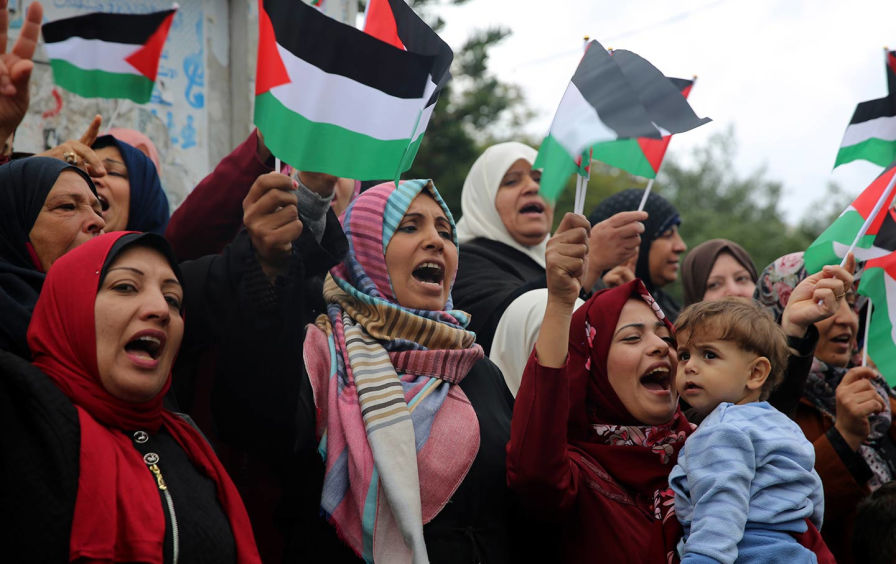 This letter, signed by more than 90 progressive, anti-war, and faith-based U.S. organizations, urges presumptive Democratic nominee Joe Biden to adopt a principled foreign policy towards Israel and the Palestinian people based on justice, freedom, equality, and human dignity.

The letter comes in the context of the 2020 Democratic primaries having experienced a monumental shift in leadership positions towards the state of Israel and the Palestinian struggle for freedom. Despite this, on May 19, the Biden campaign released a revolting statement of support for Israel and Jewish Americans. The letter began by conflating American Jewry with support for Israel. It promised to continue attacking the nonviolent boycott, divestment, and sanctions movement, bragged about having increased military assistance to Israel at the end Obama’s term, and referred to Palestinian “choices” to commit violence.

Within days of the May 19 Biden campaign statement being released, so much backlash had accumulated that the degrading language of Palestinian “choices” had been removed. This signals an opportunity for us as progressives to influence and shift policy positions regarding Palestinians and Israel. We hope that this letter representing millions of Americans helps do that.

We write to you as organizations and individuals deeply concerned about the continuing escalation of the conflict between Israel and the Palestinian people and the urgent need for a different U.S. policy -- one based on the principles of equality and justice for all.

U.S. foreign policy on Israel/Palestine should be rooted in the same values and principles that are supposed to guide U.S. policy throughout the rest of the world -- respecting human rights and international law, promoting the peaceful resolution of conflicts, supporting diplomacy over military intervention, and utilizing multilateralism and multilateral institutions for dispute resolution. The United States should affirm the right of every human being to live with dignity, equality, freedom, and respect for human rights -- and that should include Palestinians and Israelis.

The United States has directly intervened in the Palestinian-Israeli conflict for nearly 30 years (since the 1991 Madrid Conference). It has promoted versions of a two-state solution to that conflict for even longer. It is time to acknowledge that those efforts have failed -- primarily because of U.S. failures to act as an honest broker. Longtime U.S. diplomat, Aaron David Miller, central to the process over several administrations of both parties, said the U.S. role was that of "Israel's lawyer." Providing Israel’s government with unlimited diplomatic protection and massive military financing has enabled the country to entrench its occupation, expand its illegal settlements, impose a 13-year-long siege and wage three wars against Gaza, pass laws that officially deny equal rights to Israeli citizens who are not Jewish, all under the veneer of peacemaking.

A new policy with any chance of success requires the United States to abandon its insistence on being the sole mediator of the conflict. The United Nations, as well as regional actors such as the European Union and the Arab League, should be involved as full and equal partners in a process aimed at ensuring full equality and rights for all people now living in Israel, Gaza, and the West Bank, including East Jerusalem.

What many American voters, including many Jewish voters, young voters, and voters of color are looking for in presidential candidates includes:

* support for conditioning U.S. military funding to Israel on an end to Israeli violations of Palestinian human rights and adherence to all relevant U.S. laws, including the Arms Export Control Act and the Leahy Law;

* support for H.R. 2407, the “Promoting Human Rights for Palestinian Children Living Under Israeli Military Occupation Act,” sponsored by Representative Betty McCollum, to ensure that no U.S. dollars contribute to Israel’s a military detention, interrogation, abuse and/or other ill-treatment of Palestinian children;

* a promise to reduce regional tensions and enhance regional stability by restoring U.S. support for and participation in the Iranian nuclear agreement (The Joint Comprehensive Plan of Action).

We ask that you take these issues to heart and revise your policy positions accordingly. We look forward to communicating with you and your campaigns.

See the letter to Trump here.