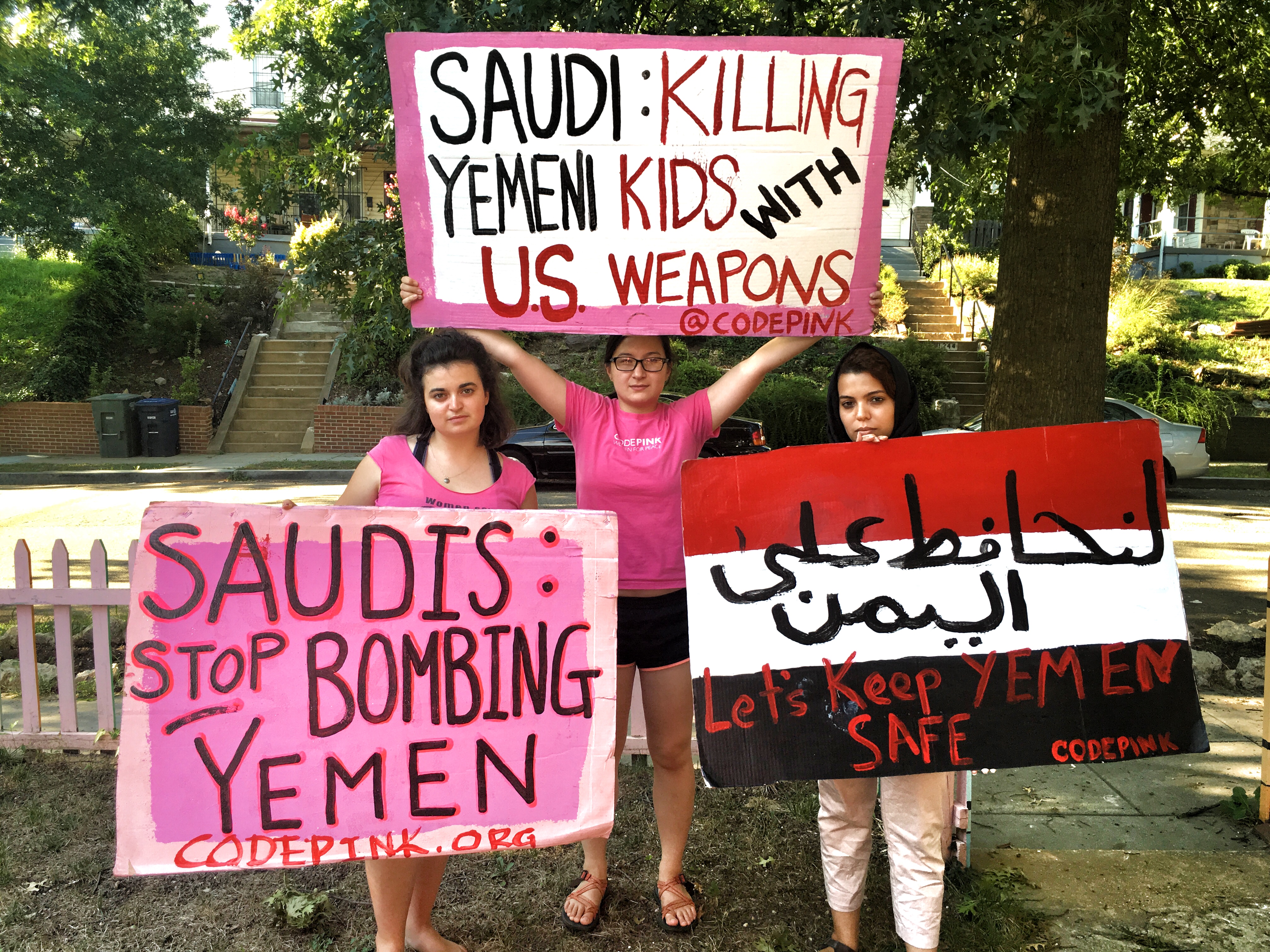 In light of the recent carnage in Yemen, some members of Congress are stepping up to stop a horrifying $1.15 billion sale of US weapons to Saudi Arabia that is about to happen. Representatives Conyers, Lieu, Mulvaney and Yoho are sending a letter to the Obama Administration on Thursday asking to “delay this proposed arms deal so that the people's representatives in Congress can give these issues the full deliberation that they deserve.”

Please urge your Representative to sign onto this important congressional letter!

The State Department approved the $1.15 billion foreign military sale to Saudi Arabia and notified Congress about it a few weeks ago — while Congress was out on recess!! The four Representatives trying to stop the deal noted that proposing it during recess gives Congress no time to discuss it within the 30-day window established by law.

They also cite the ongoing atrocities committed by Saudi Arabia in Yemen, which have resulted in the death of thousands of innocent people. Homes, hospitals, schools, and factories have been destroyed. The United States is complicit in these crimes as long as the US government continues to sell Saudi Arabia the weapons it is using to destroy Yemen!

Time is running out. Please click here to ask your Representative to join the Conyers-Lieu-Mulvaney-Yoho letter before the Thursday deadline!!

PS: Learn more about this issue by ordering your copy today of CODEPINK co-founder Medea Benjamin's book Kingdom of the Unjust: Behind the US-Saudi Connection!