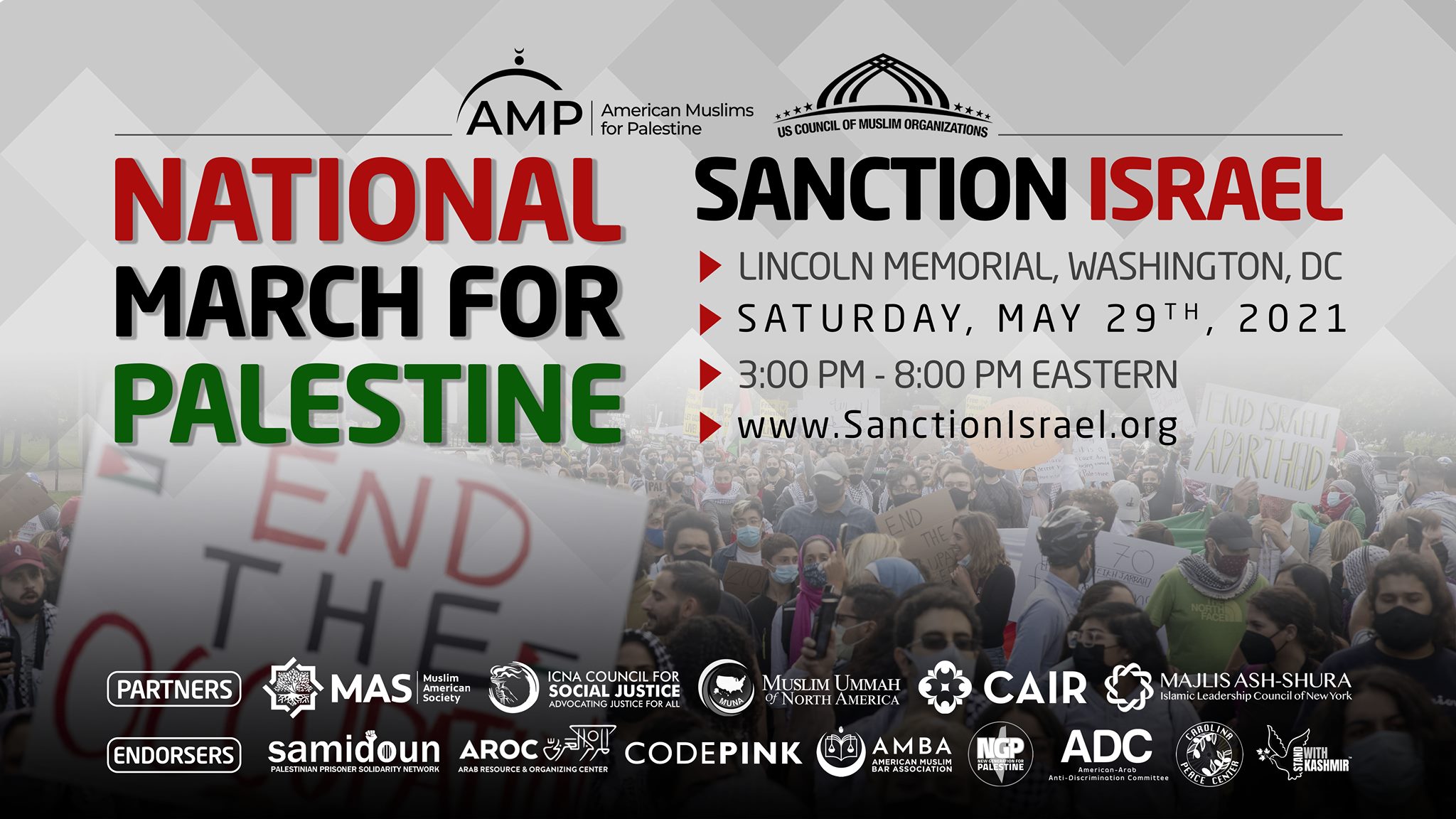 Now that a ceasefire has gone into effect - no thanks to the Biden administration, which blocked the UN Security Council from meeting to impose a ceasefire - we must redouble our efforts to sanction Israel now. There is no going back to the status quo. No more “peace process” talks designed to cement Israel’s oppression of the Palestinian people. As concerned citizens and residents of the United States, we know that Israel’s settler-colonial, apartheid regime is sustained by the support of the United States and paid for by our tax dollars. This new national campaign is calling on the Biden Administration to place an arms embargo on Israel, end weapons transfers to Israel, hold Israel accountable for its war crimes, and support Palestinian liberation!

CODEPINK is proud to be a partner in the National March on Washington for Justice in Palestine. Busses are traveling from:

RSVP to join the CODEPINK contingent in the march - look for the pink flag above the stone bench at the bottom right of the memorial!