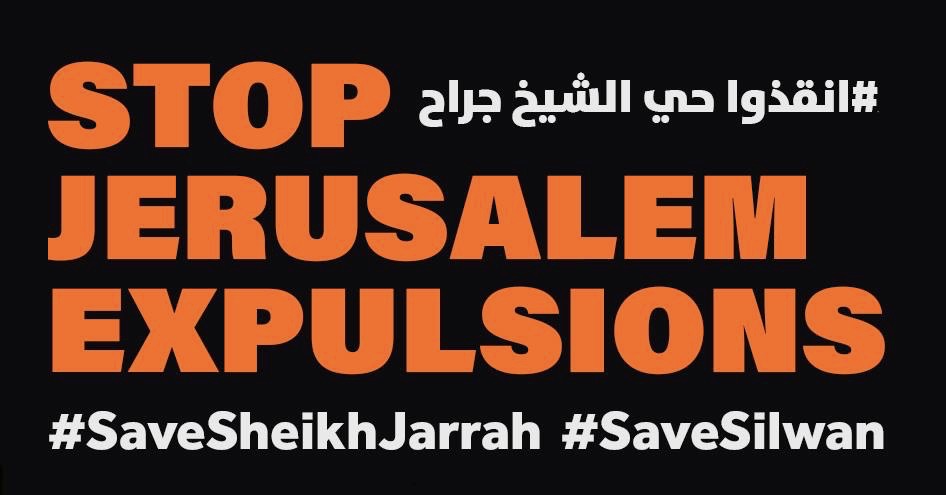 More than 500 Palestinian residents of the Sheikh Jarrah neighborhood in Jerusalem are going to be violently forced out of their rightfully-owned homes by Israeli settlers. Four of the 28 families in the neighborhood are expected to be displaced this month. The Israeli military alongside settlers have increased their presence in the neighborhood this week and have been harassing elders, traumatizing children, arresting youth, and vandalizing homes.

American-backed Israeli settler organizations initiated numerous “eviction” lawsuits against families in Jerusalemite neighborhoods over the past decade. Over 1,500 Palestinians from across the city are also facing imminent forced displacement and home demolitions by the Israeli authorities, including the neighborhood of Silwan.

Following CDC guidelines, we will be social distancing and wearing masks. Masks are mandatory!